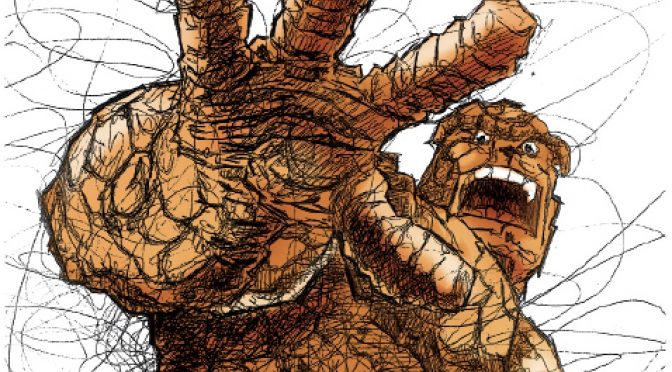 I watched Thugs of Hindostan last week, and one thing stood out like a lodestar. Amitabh Bachchan. By playing Khudabaksh — the septuagenarian action hero — he’s managed to set a new bar in ageism-ridden Bollywood.

Bachchan plays his real age in reel. Yet, at no point in the film are there any concessions made for his advanced years. He fights shoulder to shoulder with (the much younger) Aamir Khan, emerging the better fighter of the two. There’s never a mention of him being an “elder”, and a corresponding need to slow down. He dances in step with enthusiastic youngsters. He’s not looking at hanging up his boots anytime soon. And he’s doing all this unapologetically.

The last two big films of Big B (for me) were Piku and Pink. He was entertaining enough in the first one, and quite magnificent in the second. But there was something he couldn’t ward off. His age. In both films, his roles were painstakingly frail. Not a moment went by when you weren’t aware he was old… very old. In Piku, he played an annoying-yet-lovable geriatric beset by “age-related” problems; in Pink, he grappled with dementia even as he took on a legal case that no one else wanted to touch.

The fact that he towered over the age baseline — like only he can — is obviously a testimony to his unmatched acting prowess.

For as long as I can remember, Bollywood has had this thing about “retiring” people by the time they were (supposedly) in their 40s. “Formula” Hindi cinema heroes were portrayed as being in their early 20s; many times, they were college-going. Heroines were mostly below 20; the reference to sola saal (16 years) was a common refrain. Going by that format, the respective set of parents should all have been in their late 30s or early 40s — yet, they would sport white hair, walk with a limp and talk about imminent death.

In mainstream Hindi movies, after a certain age, one could not imagine doing a few things: fall in love for, instance; or be your own person; or have your own life. The older lot were extensions of the “youthful” leading cast, being around to have heart attacks or emotionally blackmailing the hero to get married to a “suitable” woman while lying supine on deathbeds. Sure, there have been cases when heroes who were in their 40s and 50s pretended to be 20-somethings; but they could not play their real age — because then there would have been nothing of significance for them to do.

So, for an industry that has been as ageist as Bollywood, what Khudabaksh stands for in Thugs of Hindostan is like a breath of fresh air. And I do hope this becomes a trend.

It might just well be. I watched another “age-defying” film recently: Badhaai Ho, where an “elderly” couple (played by Gajraj Rao and Neena Gupta) of adult sons discover they are in the family way. Initially, they are shown to be incredibly apologetic for the “indiscretion” (at their age); but then they buckle up for the ride, and tackle the prospect of becoming late parents with aplomb. It also made clear that “society” has always had a problem with those past their “youth” indulging in bouts of passion: “Is it their age to be doing such things?” Happily, all Badhaai Ho characters, in the final run, cock a snook to such misplaced conventions.

Earlier, there had been a few feeble attempts to take on age-ism. I remember Life in a Metro where snowy-haired widow Nafisa Ali, who’s been packed off to a senior living facility by her (NRI) son, gets back in touch with her college sweetheart Dharmendra, and rekindles an old romance — but, in the end, too many stumbling blocks come in their way, including “ill health” (that automatic consequence for anyone who’s hit 40 and trying to do stuff not befitting their “age”) and staggeringly back-dated societal mindsets.

Away from Bollywood, I have enormous respect for another septuagenarian: Aparna Sen, the actress-director from my home state of Bengal. A couple of years ago, she directed — and acted alongside Shabana Azmi and Lilette Dubey — in Sonata: on three 60-plus women who’d give their 20-plus counterparts a run for their money. And I loved how she had no compunctions playing a “senior” actress — herself, in a way — in the Bengali film Iti Mrinalini (again, directed by her) a few years before Sonata, and looking like absolute eye candy.

But what Big B — as Khudabaksh — has achieved trumps everything else I’ve seen in Bollywood. An “elder” doesn’t have to be a mild-eyed grandpa. He can be an action hero and take the fight right to the (ageist) enemy camp.