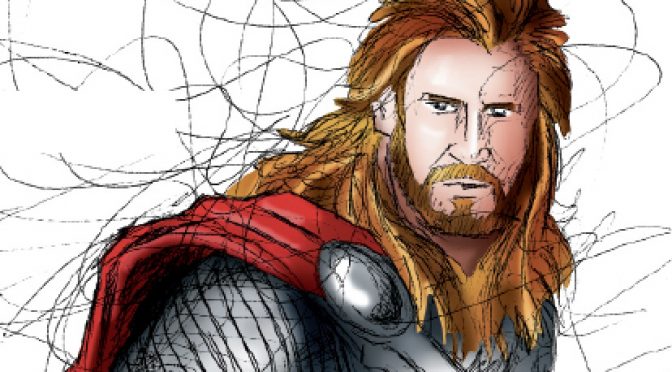 I was running late to the cinema. Always a stressful situation. Not only do I love trailers, but I’ve been waiting to watch Bohemian Rhapsody ever since rumours of the biopic’s inception started circulating on the internet.

For a long time, Freddie Mercury has been a personal superhero of mine. From songs, music videos, documentaries, print and video interviews and any other snippets of information that have been accessible, I have consumed them all eagerly. And now, a film.

Everyone has been talking about Bohemian Rhapsody for the right or wrong reasons. From the start, the planned biopic, in true Freddie Mercury style, has had its share of drama. Comedian and performer Sacha Baron Cohen was confirmed in 2010 to be playing Mercury. They do look a lot alike, but I think that’s where any connection between them should end.

Cohen, however, departed the project in 2013. Queen drummer, Roger Taylor stated that the band, who had the final say on the script, were not on the same wave length as Cohen’s vision. Cohen, who spoke about his departure from the project on The Howard Stern Show, gave the impression that he wanted to focus on the darker side of Mercury’s life while the band wanted to showcase Mercury within the legacy of Queen or a more watered-down version of the truth.

Guitarist Brian May responded by saying that, “Sacha became an a***. We had some nice times with Sacha kicking around ideas, but he went off and told untruths about what happened.”

The show carried on and Rami Malek was cast as Freddie Mercury. I’m going to keep it simple people. The movie was brilliant. Malek was superb. He literally transformed into Mercury. It was a nuanced performance that deserves an Oscar win.

There has been some backlash from critics though. They pointed out historical inaccuracies about how some of the songs were created. Some other details have also been put under the microscope. Critics have been particularly harsh, blaming the script and direction for turning the film into a glitzy, glamourised version of what they think it should be. Who Mercury was and how he would have said certain lines or acted in certain situations also drew severe criticism.

I hardly ever read film reviews these days, especially when it comes to biopics (like Mercury’s). And I also think that everyone who is thinking about going to watch this film should ignore the negative reviews. Why? Two reasons.

First, I don’t adhere to this idea that a perfect film exists. No piece of art is without its faults and if I had to criticise Bohemian Rhapsody, I would say that there were one or two moments where events were crammed together, creating exposition. However, this doesn’t take away from the film at all.

Second, I couldn’t care less that historical facts were inaccurate or that Malek’s Mercury didn’t say this or that in the specific way the real Mercury would have said it. When I go to watch a film based on a book or based on someone’s life, I never expect to get an accurate retelling. A movie is its own beast, which has specific rules and guidelines it needs to follow in order to exist in a way that makes sense for an audience. It’s that simple.

When we enter a movie theatre, or experience any form of art, we should always expect truth wrapped in fiction. This isn’t a revolutionary idea. And I think when we talk about someone like Mercury we must expect fiction connected to his life and legacy. Fiction, I believe, he created himself.

If you watch his performances, his interviews, if you listen to his voice, it’s impossible not to notice how full of charming contrasts he was. Humble, kind, over the top, glamourous, simple, talented, troubled, insane, yet somehow full of common sense.

Like many great artists of his generation (the likes of which I don’t think exist today), Mercury existed on several planes of reality. From his music videos, alter egos on stage and his vastly different musical personas on every album, to who he was to his family, friends, lovers –– can the real Freddie Mercury be depicted on film? No. Only facets of him that make up a version of the truth.

You’ll not be satisfied if you watch Bohemian Rhapsody through a political or social lens. People, I’m afraid, are literally looking for a superhero to represent everything they think is lacking in society. It’s unfair to pin all those hopes on a movie or on a person. In fact, it’s immature.

You can call it marketing, an artistic vision, storytelling (or maybe naivety on my part) but I find it hard to believe that Freddie Mercury wanted the world to know him as he truly was. Yes, we saw glimpses of his essence in his music when he performed. But as a whole person, I don’t think we are allowed, nor should we really know the man behind the curtain or who the superhero behind the mask really was.