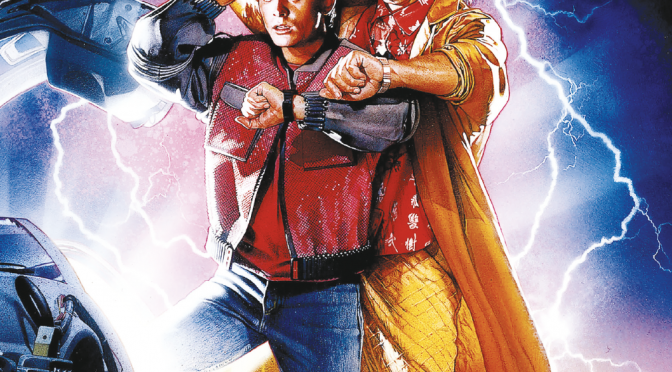 To paraphrase a quote I heard from a gentleman whom I overheard during an event this week: “Before, smart-phone makers were saying it was all about size, features and security. Now, they’re telling us that it’s all about the number of cameras.”

And, to quote yours truly: “Nuts.”

When dual-lens camera systems on smartphones entered the market, it was, to a certain extent, hailed or ripped: one faction said it’s innovation; the other side said what’s it for, an extra hit on your pocket?

Now, we’re seeing mobiles with three lenses. And, during that aforementioned event, I saw, in person, the world’s first smartphone with — gasp! — four cameras. I wonder what those supporters or naysayers would have to say about that now.

Oh, and by the way, that ‘nuts’ comment from myself wasn’t even for those numerous lenses on smart-phones; I was reacting to a certain device that’s both a smartphone and tablet in one device and it also has a foldable screen. Innovation, as popularly defined, is something that should make life easier. But it also needs to have a purpose — which is what the proponents of these cutting-edge (read: wild and crazy) offerings are preaching. And to be fair, yes, they have a point; every industry executive I’ve spoken to — both on the record and in private — agree on one thing: they won’t just roll out some genius feature just for the sake of saying they were able to roll it out. It needs to make sense, otherwise, it’ll be a dumb move.

That makes sense, right? Now, when I’m the one being asked if we really need device ABC with XYZ features, my reply is simple: whatever suits you.

And that’s coming from someone who’s waiting to see his own list of fantasy stuff turn to reality, including a smartphone with a full-range Swiss army knife or a function that can let you iron your clothes. But the one device I’d really like to see is a transparent mobile device, akin to what we’ve seen in Iron Man 2. Oh, I can just imagine Tony Stark jump out of the screen when that happens.

Note that I said ‘when’. Not if. It will happen. It’s only a matter of time before we see the things in fiction become reality.

The Back to the Future trilogy can serve as a guide, particularly Part II: the film, which was released 29 years ago (on November 22), was able to correctly predict some of the innovations we’re enjoying today, including, among others, tablet computers, wearables, hologram billboards, video chat, drones, fingerprint scanning and, well, cameras everywhere. There’s even a commercially available shoe that laces itself today, ICMYI.

Mind you, this was all in1989. Mobile phones were considered an uber-luxury at that time.

If it took decades for some of those innovations to be realised, how short could the waiting time be now with all the tech in our hands? In a few years? Next year? In weeks? Tomorrow?

Then, there are the downsides. As history has shown us, the success rate of innovation unleashed isn’t 100 per cent. There were failures, lots of it — go ahead and do a search on companies that were driven out of business or went into bankruptcy just because one idea went haywire.

As people, we tend to jump on the bandwagon; it’s human nature to not want to be left out — and thanks to technology, it’s been taken a notch up as we all seem to want part of it. To hell if we won’t be able to get three meals a day or provide for our families — just as long as we obliterate FOMO, one of today’s popular millennial acronyms that stands for fear of missing out.

And then there’s the obvious: companies are looking out for each other for the next great thing. If one beats another to the draw, if they can’t one-up that, then make your own version — but make sure it has to be better. Otherwise, copying won’t serve you good just for — again — the sake of having that tech available from you. That’s like trying to clone a turkey and it ends up looking like a peacock — both cluck, but yours isn’t up to, at the very least, what it should look like.

Now, if you can’t or don’t want to use all the latest technology, at least be happy to be witnessing every-thing unfold before your eyes. If only I could pull out Marty McFly and Doc Brown from my VHS tape and bring them into the world they predicted.