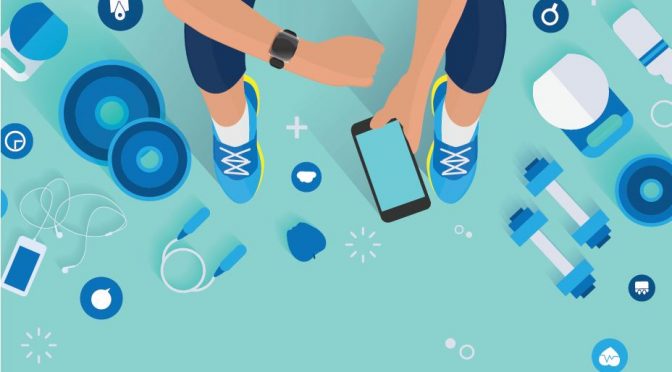 Life begins at 60. Well, at least I can say that about myself, thanks to my daughter and the wife. The two ladies of the house decided on a surprise gift for my 60th birthday. I wasn’t enthused about the surprise but had no choice, so I signed on the dotted line the day I completed a full cycle of life, according to Chinese belief.I am miserly when it comes to spending on myself. Thus, the gift, an annual membership to a swanky fitness centre in our locality looked too expensive at first glance. My reluctance held no weight when the daughter, who was obviously prodded on by the wife, ordered me to accept the gift.

I was forced to join the fitness centre not because I lived a sedentary lifestyle. Prior to this, I would do five rounds of the man-made water body near my house at the Jumeirah Lake Towers,  but I must confess, it wasn’t so regular. At work, I prefer to walk up to a colleague rather than communicate through mail or phone. I also intermittently walk around the workplace to break the monotony of sitting in one place.

However, the two women in my life strongly believed that it would be best if I made the most of the annual subscription fee for my fitness routine — which I thought was too steep. However, after 18 months of regular ‘gymming’, my cardiologist decided to discontinue my hypertension tablets (more on that later).

Before I ‘enrolled’ at the gym, I would consciously try and clock an average of 9k steps a day. In fact, walking, jogging and running were part of my routine since childhood. The games that we played as kids —  hide-and-seek, pakda pakdi (a game similar to Tag) involved a lot of running. As teenagers, we would jog around a temple near our Mumbai apartment block. We used to complete 30-40 rounds and each round would comprise 30-40 metres.

Fitness and endurance were never a problem when I was young, but as I gained in years, health issues started cropping up.

It was around 2011 that I accidentally discovered that I had hypertension. There were no symptoms. One doesn’t have to feel high blood pressure in the head. There was no chest pain, I didn’t huff and puff while climbing stairs. I went to a doctor for a slight but persistent pain in my arm. And, while taking the vitals, the nurse at the hospital discovered that my blood pressure was unusually high.

Then, I monitored my blood pressure for three months. I started off by taking one tablet, albeit reluctantly,  and eventually it was not enough to control my blood pressure. So, one more tablet was added.

With no symptoms, it’s difficult to detect high blood pressure, but it increases the risk for a number of health problems, including heart attack, heart failure, stroke, and kidney failure.

I was told that once you start taking medications for high blood pressure, you cannot discontinue it. But thanks to exercise, I have stopped using them for two months on advice from my doctor, and my BP is under complete control.

The main reason for lowering my  blood pressure without medication is exercise. In the last 18 months, I have lost weight, but not drastically. My regular exercises these days include a minimum of two sessions a week of Yoga and Pilates which have greatly improved my cardiovascular fitness.

Research in the US has proved that regular exercise also helps reduce stress, the main reason for high blood pressure.

Tracy Stevens, MD, of the Muriel I. Kauffman Women’s Heart Center at Saint Luke’s Mid America Heart and Vascular Institute in Kansas City, says, in a consumer health website (everydayhealth.com), that everyone — especially those with diabetes, heart disease, and high blood pressure — should get at least two-and-a-half hours of modest exercise every week. “Try for at least 30 minutes a day most days of the week,” she is quoted saying on the website.

The just-concluded Dubai Fitness Challenge had a nice advice —  30 minutes for 30 days.

Aerobic activities are helpful in improving cardiovascular fitness, but  weightlifting can also have long-term benefits.

And, on the cost of joining the gym? The wife, who is good with numbers, told me that I was paying only Dh8 per day as subscription. That’s because I opted for the ‘happy hour’ subscription —from 6am to 4pm.

So have fun with exercise, set time for it daily. If I can do it at my age, so can you.

Sunil is a keen lover of life in general – be it Bollywood, theatre or a great sporting event