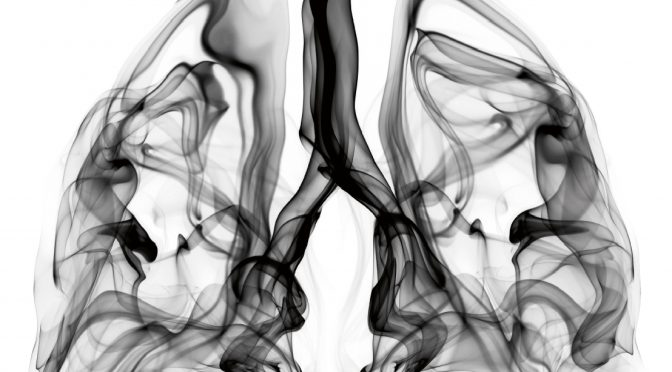 Vijay Mallya, the bejewelled Indian tycoon awaiting extradition from the UK, and my former self have something in common. No, I’m not on the run from the law unlike the flamboyant businessman who after defaulting on loan payments allegedly owes banks in India more than $1 billion.

Scouring the wire services for his photographs to print with the extradition news, I wondered, isn’t he a shadow of my former self 16 years ago, smoking away tensions in life? In the photos of him outside the Westminster Magistrates’ Court in London, he was seen smoking, a sense of gratification on his face.

Those smoky images took me back in time when I was a juvenile, picking up cigarette butts tossed in the courtyard by visiting guests that yielded no more than two-three dying puffs. My progression from an occasional smoker to a pro happened during my days of student activism in college. The many long nights in college to discuss political strategies, and cultural activities seemed as romantic as images of a cigar-smoking Che Guevara, the revolutionary icon. I was awestruck when senior activists created art by blowing smoke ring tricks by candlelight. I went through several packets of cigarettes learning to blow rings like that.

However, cigarettes weren’t affordable to students like me who never received a paisa more than the actual bus fare, let alone pocket money. This created two classes among us comrades. The bourgeois cigarette class and the proletarian beedi class. Initially, I belonged to the latter one. White Kaja beedi was the most popular among students. During the college elections, I spent many nights at the printing press composing manifestos and other party literature. I started to like the company of smoking sticks in the dead of the night. Words flowed as I twiddled the sticks between my fingers.

Most late-night gatherings ended in poetry sessions or literature discussions. Pablo Neruda, Ho Chi Minh, Faiz Ahmad Faiz, Mao Zedong, Konstantine Gamsakhurdia often got drowned in a sea of smoke. It’s was an era of modernism in Malayalam literature, which still suffered the hangover of romanticism. Lines like ‘the girl who loved the smell of Wills’ spread in my veins like a shot of nicotine. The ‘Made for Each Other’ ad films shown in movie halls helped create a cult of Wills users. My heart dropped when I replayed some of those ads on YouTube recently. Oh Gosh, it’s a terrible thing to realise we grew up in a world of make-believe heroism that granted men the licence to light a cigarette at their whim, indoors or outdoors. It’s not a nice feeling to think back to the time that I used to smoke at home with the kids sitting around.

I was so engrossed in student activism that most days I would return home past midnight, walking 2km from the bus stop to my beachfront home. The unpaved road I took passed through politically volatile zones which we called ‘killing fields’. I would end up smoking a couple of cigarettes to lift my spirits. I would then pluck a few holy basil leaves and chew them before I reached home to avoid scrutiny by my mum and sisters. One day, when I was grappling with Chaucer’s General Prologue to The Canterbury Tales, I unwittingly lit a stick in front of my mum. It was a self-proclamation of the arrival of a smoker in the family.

Journalism days in Mumbai were a licence to experiment: different brands, colours and sizes. A long, brown one was the most exotic. They called it Superkings. Pipes and cigars followed. We smoked at the news desk in office. Two women on the desk would wave smoke away from their face. It was a wanton exhibition of male chauvinism and patriarchy.

Years later, a couple of visits to the Tata Memorial Hospital in Mumbai with a cancer-stricken lady set off alarm bells inside me. Death was in the air. Patients had gaping holes in their throats, victims of tobacco. I fled from there and continued to smoke because of the tension arising out of the fear of death.

In Dubai, night editor Jamil Akhtar and I were the only people  allowed to smoke in the newsroom. Don’t cry for me, Argentina, my best headline ever when Diego Maradona was first caught doping in the 80s, was borne out of a soul-filling drag. At least I believed so, though it sounds idiotic now. I was seen at parties like the brand ambassador of some alcohol company, with a drink in one hand and a cigarette in the other. But the death of former KT journalist Madhavan, a beedi smoker, due to lung cancer chilled me to the bone.

Sleepless nights followed after a young visitor from India sounded me out on my chances of developing CVD, or cardiovascular disease. At a late night party in Dubai, this guy met me during a smoking break and asked:

“You smoke a lot… alcohol?”

“Any CVD history in family?”

“Take care of yourself, dude. You could be next.”

That brat spoiled my party.

Our relocation to Singapore in 2000 was a turning point. I found myself in the company of a few non-smokers who bugged me to stop whenever I lit a cigarette. The fear of death made me so paranoid that I quickly turned over pages in the newspaper that had the word cancer in the headline. The false confidence that I would be the last smoker standing frittered away as more people I knew succumbed to cancer.

One evening, I called my family, lit a cigarette and said, this is the last one. I stuck to my word. I never avoided situations in which a quitter would tend to smoke. My desire to kick the habit became so intense that nothing could have stopped me. Desire matters more than anything else, including motivation.

“Quitting smoking is probably the easiest thing dad has ever done. To take out two dollars to buy me chicken rice takes much longer,” my daughter would joke later.

I have crossed the 15-year mark, which represents a major milestone in the well-being of a quitter. Today I can breathe easy. I can do more laps in the pool. Roses smell better. Food is tastier. More importantly, I can still hold my favourite cigarette under my nose, take a deep breath and feel nostalgic for days past.