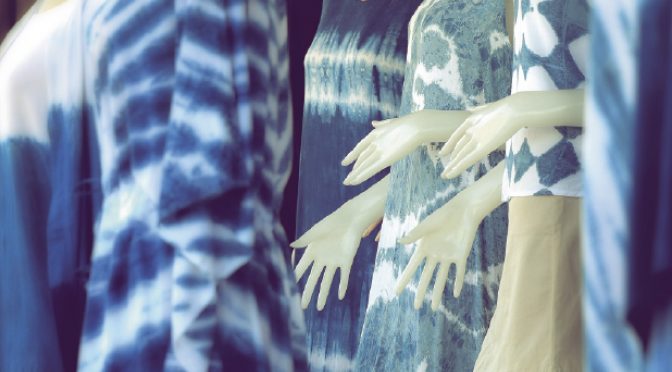 The $2.4 trillion fashion industry is a ringleader when it comes to battering the environment. In a 2018 TED Talk, Canadian fashion enthusiast, Amit Kalra explains how fashion is the gift that keeps on giving — to landfills. Being a part of the industry, he’s troubled by the scenario because when it comes to offences against our lovely planet, fashion is second only to the oil and gas sectors — and those, he says, come as no surprise. You’d expect oil and gas to pollute, more than clothes, surely.

I hear stuff like this and I flinch out of guilt. I resolve to do better. I spend energy devising strategies to reduce waste. Gradually, unless you don’t keep the whip cracked on yourself, the noblest intentions fade.

Kalra delivered his talk wearing a customised turmeric-dyed shirt that he dyed himself in his kitchen in Toronto. He said that 85 per cent means “almost 13 million tonnes of clothing and textile waste end up in landfills every year in just the United States alone. This averages out to be roughly 200 t-shirts per person ending up in the garbage…”

Two hundred t-shirts per person in the garbage?! Why can’t people send this stuff in suitcases to India (or any needy country) and distribute them at traffic lights to beggars?! — was a thought that struck me, till I started worrying about my own consumption habits. Where on the chart of sustainable fashion could I honestly plot myself?

I have failed in the face of signs that say 30-50 per cent off. Discounts on brands whose designs and cuts are in sync with my taste and budget are not easy to pass up on. I understand temptation and first-world dilemmas. It takes constant work to overcome. Which is one of the reasons I’m trying to avoid malls. I intend for this 24th edition of the Dubai Shopping Festival to pass me by and for my wallet to be none the lighter.

One benefit of staying away from these temples of consumerism, if you will, is that you get to avoid the sale signs, always screaming in red letters. Retailers are sly though. They have your number. They will bombard you with texts. They will uppercase words such as ‘hurry’ and ‘last day’, and add exclamations in the hope of luring conflicted souls such as myself. Ignore. Do not leave your number. Be steady in your resolve.

One of my resolutions for 2019 is to spend less, buy less. Which means also fewer clothes, i.e, stylish thrift, cheap chic, whatever you want to call it. Buy fewer things. Pay more for a thing of quality that looks good and will endure seasons. The environmental upside of this is huge. People need to snap out of the all-too-common peer pressure mentality: ‘Oh, I’ve already worn this before…. so-and-so has seen me in it’.

Who cares? Or rather, you shouldn’t care. Let them be.

Kalra again: “Being able to extend the life of a garment by even only nine months reduces the waste and water impact that that garment has by 20 to 30 per cent”.

Nine months. Imagine what 10 years of sticking to a shirt or a pair of trousers will do to your eco-virtue credit balance. Many of us will find it unthinkable to cling to a piece of clothing for 10, 20, 30 years. But the generations that came before millennials know that shopping wasn’t meant to be a national pastime.

I think we can all remember our parents and grandparents who hung on to some of their wardrobe staples for decades — and looked good! I’m not saying carry on with a torn sweater. I’m saying, mend it and carry on with it.

There’s a trick that works for me: I put away clothes I am tired of for now. I give them (and me) a break. Then when I see them after, say, 18 months, I want to resume our relationship. Happily, my carbon footprint is kept under check. I intend to go nuclear with this line of thought.

Being conscious of habits and fabrics that are sustainable is not just some quirk. It’s important. These choices have far-reaching consequences. How much do people need to harp on about landfills before we adopt better behaviours, more ethical, better informed life choices?

Which brings me to my love for handicrafts, Indian clothes, saris. As any loyal wearer knows, if you treat saris or dupattas well, the fabrics last. I’m partial to handloom over machine-made stuff. It feels good to endorse someone’s skill, labour, craftsmanship. Livelihoods are helped. And the stuff is good for the environment. Natural dyes anyday over chemicals that end up in water bodies that choke turtles, fish, and other marine life.

If you poke around, there are organisations committed to sustainable fashion, doing fab work. Designers like Amit Aggarwal cater to a younger more modern palate, merging sustainable materials and traditional Indian crafts. I know so many who turn away, poo-poohing handicrafts saying they’re not trendy enough or the classic: “Oh but he/she is so expensive, ya!” To which I want to say, and what of the money you spend otherwise?

I feel happy pulling out something I used to wear in college. Fine, I probably wear that particular (now-faded) Indigo sari less than I used to; the cotton is all beaten down and soft; you know that end of day look, but I like it. I wear it.

Sustainability cannot be something you want people to shut up about. It’s a way of life that needs to be adopted much more widely. Basically, wear more ethical clothes,  for… not heaven’s sake — let’s start with Mother Earth.

Nivriti tries hard to stick by her beliefs and ignore people who tell her, don’t be a bore