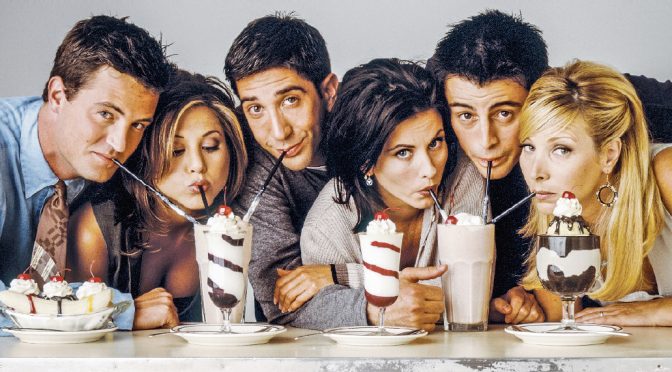 Talk about timing. Some would call it serendipity. Thing is, the exact time when I undid a great wrong by buying myself a Christmas-cum-New Year gift in the form of a box-set of Friends — which I’d so far watched only in snatches and not in its entirety, much to the jaw-dropping horror of a lot of people I know — some strange revelations about the television series landed in my inbox. So, the last week was not just about me trying to catch up furiously with (allegedly) the world’s most popular ‘ensemble’ sitcom, but also about trying to demystify the “findings” I stumbled on to.

Friends, that ran from 1994 to 2004, remains cross-generational; am yet to come across a millennial or a post millennial who’ll crinkle his/her nose and ask something as ageist (and, therefore, inane) as, “Oh, but isn’t that like for really old people? I mean it started airing before I was born (or was in my diapers)…” All of this leads to it being one of the most abiding talking points — there’s always a season for Friends.

Once upon a time, a self-proclaimed fan of Friends, data scientist Yashu Seth, started doing some mining, researching stuff like number of lines mouthed by each of the six characters — Ross, Rachel, Joey, Chandler, Phoebe and Monica — over every single episode across all 10 seasons, their number of screen appearances, their number of individual appearances and so on, to zero in on “who is the real star of the show?” In Seth’s own words, “To determine an answer to this question, I downloaded transcripts of the 10 seasons… I have used different parameters to find out who stood out among our six friends.”

He finally did come to his own conclusion: Ross is the scene(s)-stealer, by virtue of the (carefully calculated) footage given to him, and therefore, so much for the term ‘ensemble’.

Now, although this “outing” (of sorts) happened in December 2017, for some weird reason, the matter has suddenly exploded now, with all media reports asking everyone last week: “Do you agree with the findings that Ross is the star of Friends?” (Maybe the belated reaction was because Seth’s ‘discovery’ was documented only in his blog — and didn’t emerge from the woodworks until recently.)

But like I said at the beginning, the timing couldn’t have been better. I am currently going through Friends with a fine-tooth comb, all 236 chapters, and am perhaps at a vantage point (in my mind at least) to state whether or not I agree with the findings.

Personally, I am finding Friends very overrated (I’m halfway into Season 5): nice enough and watchable enough, with some genuine LOL lines and moments, but nothing that warrants an empire of fortune-building. According to a report on gobankingrates.com, “The show’s success still pays dividends for the cast. In 2015, USA Today reported that Warner Bros earns $1 billion a year from Friends. Of that amount, 2 per cent — or $20 million — goes to each of the stars every single year.” (Apparently, the show executives had committed to all six actors receiving 2 per cent of Friends back-end profits through syndications, DVD royalties etc annually.)

Cut to the chase: “Today, the cast of Friends makes more money in syndication than they did in the show’s 10th season (they made $18 million for 18 episodes),” says cheatsheet.com.

So far, it sounds like quite the ensemble show — despite Seth’s claim to the contrary. All actors (and by that I obviously mean actresses too) have hit pay dirt equally… a million dollars for each 22-minute episode (okay, only in the ninth and 10th season — it used to be lower before that) seems rather a lot I can’t help thinking, but I should stop being so mingy-minded.

Getting back to The One Who Is The Star Of The Show, Ross — again to my mind — is the weakest character in Friends, and for that reason alone he should be disqualified. He’s spoken 9,000 lines through the series — talked the most that is — and has had the maximum individual screen appearances, but didn’t leave anything by way of imprint. The star of the show, if you ask me, could possibly be New York — because in no other city could Friends have unfolded the way it did had it not been for the ethos of the Big Apple. Maybe even Central Perk — because it makes conversations, not Ross, matter.

But if it had to be one of the ensemble cast, and not a state of mind, Ross cannot be the scene-stealer. It definitely has to be Rachel.