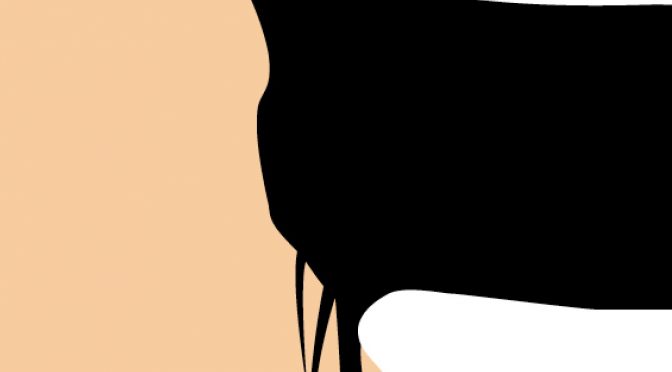 Watch it! I think you may like it because it has a post-apocalyptic vibe, a friend told me over a cup of chai. She was referring to Bird Box, a Sandra Bullock-starring film that made its debut on Netflix in November 2018.

Bird Box, my friend told me, revolves around a supernatural force that causes those who see it to die. To avert this tragedy, the film follows a group of blindfolded survivors as they try to find shelter. The keyword here is ‘blindfold’. As of the time of this writing, I have yet to watch Bird Box, but the premise of travelling while you are blindfolded is an interesting concept. I imagined it would be something like The Road by Cormac McCarthy, except nobody can see anything.

Earlier this week, a colleague sent me a link to an article that talked about a certain “Bird Box Challenge”, and how it’s (1) ridiculous and (2) hasn’t reached the UAE yet. The Bird Box Challenge is about people videotaping themselves doing day-to-day activities —  blindfolded. Checking the hashtag #BirdBoxChallenge on Twitter yields various results. There are some who actually do the challenge. The stunts I saw ranged from walking around the house to playing baseball and driving a car. They have one thing in common: they’re all ridiculous.

Remember the Kiki Challenge from last year? Participants getting out of their cars and dancing? Some of those who took the challenge ended up in the hospital. Sure, Twitter user @JMaLicious4u lived to tell the tale of driving blindfolded but what if he didn’t? And what’s stopping others from seeing him raise the stakes and think they could do better?

How did this challenge become a thing? According to gaming news website Powerup Gaming, the Bird Box Challenge first started as a marketing campaign. Netflix teamed up with four video game streamers to promote the film. Their task was simple. Netflix asked them to play their favourite video games on a livestream while wearing blindfolds. Netflix also encouraged other gamers to partake in the now-taken-out-of-context viral challenge. Social media, as is prone to, took it to new heights.

Having never participated in an internet challenge myself (nor do I intend to), seeing people deliberately deprive themselves of vision and do daily activities makes me think of two things. First is that it reminds me of those old ‘America’s Funniest Videos’ clips that I used to watch. Second, it’s telling of the problem that social media enables.

A 2016 article by Jessica Firger for Newsweek tried to answer the question, why some people are attracted to internet challenges. Firger wrote: “Whether the reward is food, sex, money, drugs, retweets, followers or Instagram likes, dopamine functions pretty much the same way. The biological need to feel good compels a person to behave in a way that will provide stimulus and reward.”

As we all know, social media is one big dopamine factory. Seeing likes and shares and clips going viral feels rewarding. It makes people feel good. Couple that with our natural desire for competition and one-upmanship and you have a recipe for an online challenge.

A couple of scrolls down the Bird Box Challenge, I began to see the light at the end of the tunnel. Several users were voicing their disapproval of the challenge. A man named Zimmy said he found the challenge insulting. “Blindness isn’t a game, it’s not fun or cute. It is the height of ableism and deeply offensive.” His opinion made me realise an aspect of the challenge that wasn’t getting talked about. This was a challenge on how to live with a visual impairment. And in a way, it mocked those who suffer from it. When put this way, the Bird Box Challenge shouldn’t even be done. It’s a disservice to those who have to live with blindness. Isn’t there a more productive challenge that could in some way help the blind? I’m sure if we put our energy into it, we could come up with something.