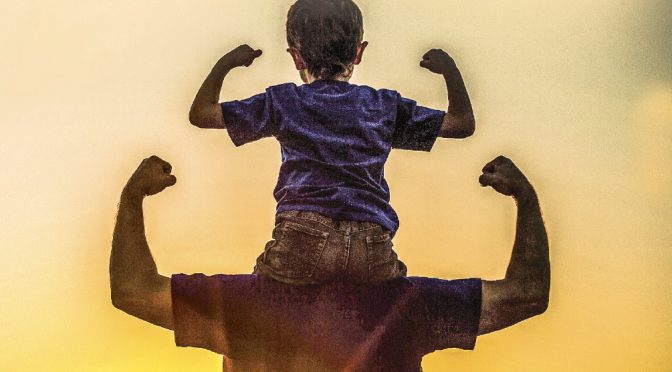 A recent Gillette ad has divided people. Some hate it; some are saying, well done. I am in that ‘well done’ camp.

I thought the ad was clever in jumping on a hot, trending topic. In doing so, it obviously touched a chord. Doubly clever. So many people are talking about it. When I said this to some people, I got an “oh please” reaction. Some implied that the ad was a load of dead fish. Basically, plenty of hate was generated. UK TV man Piers Morgan led the charge: “I’ve used @Gillette razors my entire adult life but this absurd virtue-signalling PC guff may drive me away to a company less eager to fuel the current pathetic global assault on masculinity. Let boys be damn boys. Let men be damn men.”

Another man tweeted, “We don’t need politics with our shaving gel.” I don’t understand. Why? What’s the problem? Some swore to never buy the brand again.

A man I spoke to gave the ad overall credit, saying “the premise is good, ad could be better but not bad at all”. However, he felt there was “danger” in the selection of some of the images in the one-minute-35-seconds-long ad, and spoke of a ‘betrayal’ to previous generations. He told me, “When you are watching the ad, there is a disconnect with previous generations, from the era of our fathers, uncles, grandfathers and that feels like a betrayal.”

He worried about boys growing up today being totally muddled by and scared of topics like MeToo and harassment, and consequently, not being able to muster the ability to talk to girls. It’s sad when you hear stuff like this. To quote a colleague, “Really, should only one gender live with constant fear?”

Boys have to only remember to treat others with respect. Which doesn’t mean they can’t go up and talk to a girl in their class or in the office — far from it.

Some other men praised the ad. I myself felt it was straightforward enough, a reminder for men to behave better, for boys to learn from those men to behave better and to rise above violence. I don’t see the harm in a corporation crying out for better examples to be set. And I don’t think that just because Procter & Gamble will make money from the ad, it is at odds with the message to set better examples. That so many people are talking about it, even if they’re hating it, is a measure of its reach. It has generated a conversation around themes that constantly need to be revisited so people can face their biases, unpack them from all angles and and sort them out. This is a good thing. Never mind Piers Morgan.

The ad shows two boys being violent — ‘play fighting’, if you will. But it must be healthier for boys to vent their anger or aggression or expend their energy playing tennis or at a karate class or by running, rather than pulverise each other on a lawn. When grown men stand on the side casually witnessing this, as shown in the ad, and parrot outdated lines like ‘boys will be boys’, they basically normalise violence, and a cycle is perpetuated.

Some of the other images in the ad resonated because some of those situations have been experienced. Who wouldn’t want a guy to intervene when another was making you uncomfortable?

I liked some of the images they used — especially the friend intervening and telling another man, “not cool” when that other man is being a skirt-stalking wolf. That’s a clear, positive message. ‘Is this the best a man can get?’ That tagline, again, to me, is clever. It’ll stick in memory.

The other one too, of a boss-type man in a meeting room touching the shoulder of a woman who is clearly not comfortable with the casual pat, I get that. I’d say this one beats some of the ads you see nowadays on YouTube (who watches TV anymore?).

Let’s also not underestimate the subliminal power of ads, how they get under your skin and stay there for decades. According to gammamindset.com, “Advertisers spend millions of dollars each year using psychological techniques that play at the subconscious level to entice you to take actions or buy products that you might not otherwise.”

The other day I was ambling along The Walk at JBR in Dubai and I saw a big sign outside an optician that said, “There’s no such thing as too many sunglasses.” I wanted to throw a stone at it for propagating nonsense. Yes, there is such a thing as too many sunglasses. That number is two. Kids, even adults walking past that sign might internalise these untruths and act accordingly. This is how the media and advertisers create and influence societal behaviour and turn us into consumers — till the Marie Kondos of the world tell us to clean up and we oblige.

Gillette got it right, largely. I have minor quibbles; didn’t understand why boys were jumping out of a poster and why so many people are running (the film Jumanji came to mind), but given that you see so much dodgy rubbish passing off as advertising, this was nice.

The timing of the ad too was spot on. The people who approved it were correct in their assessment, nevermind the so-called backlash. In under two minutes, they harnessed relevant issues: sexism, harassment, bullying — it’s all there. The message is good. As a viewer, I am not complaining. And I don’t mind if young men see it and start questioning their behaviour, especially if they aren’t seeing great examples around them of how men should behave.

Nivriti’s saying, please look up the ad before reading this