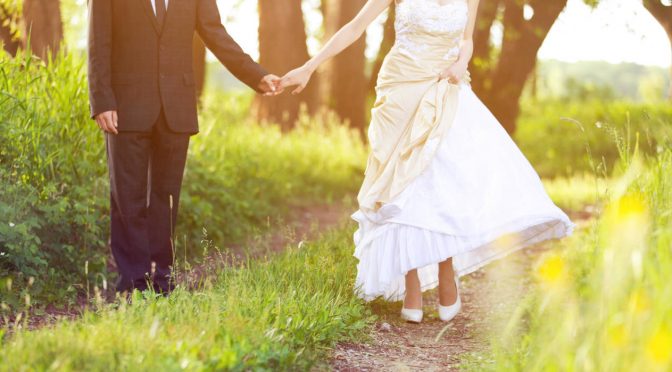 As an Indian, I cringe a little when the subject of “arranged marriages” crop up among my non-desi friends. “So the man and woman are not allowed to choose their life partners? A life partner needs to be deemed “suitable” by others first?” is one question posed, even as I desperately (and not very successfully) try to reinforce the notion that a lot of Indians actually don’t have to stomp down the arranged marriage route, and are free to make their own life choices.

What is terrifying is how a lot of non-resident Indians who live in Western countries and (allegedly) subscribe to a (much freer) corresponding mindset still play the arranged marriage card — a notion unheard of in Western societies (unless you imagine a friend or a sibling “setting up” a date is the equivalent of an “arrangement”) — when it comes to tomtomming their subcontinental roots.

But what is several notches worse than a marriage being “fixed” is the strange phenomenon of matrimonial advertisements. It’s like shopping for a bride — or groom. All kinds of unwarranted personal details (of a to-be groom or bride) are laid bare for careful scrutiny: heft of salary, gravitas of family name, height of frame, tone of complexion, etc. There are many who feel matrimonial ads are misogynist and beat down women to the format of objects — but I don’t really buy that. So, yes, even though ideal brides-to-be are advertised as “convent-educated [and, therefore, English-speaking], fair-skinned, beautiful, docile, with good values”, men have it pretty bad too. A short stature, for instance, is always given short shrift and espoused in euphemisms such as “of average height”; not very high-paying jobs (that they hold) are highlighted as “secure” ones.

In India, and many other markets that cater to south Asian expats/residents, newspapers are often full of these offensive statements of purpose, some of which are phrased in a sort of English that would make you scramble around for the first edition of a Wren & Martin. There’s an e-mail ID at the end of the advert — which stands for solicitations from best bidders — that makes it sound like it’s an auction at a marketplace, not a call for joyous matrimony.

“Matrimonial ads are the first filter in the arranged marriage procedure — like sifting the first flush of chaff from the grain,” someone I know whose favourite occupation on a Sunday morning used to be scanning “mat ads” columns — for no-holds-barred entertainment — had told me. This same person had added that a woman or man who responds to these ads herself/himself (why shouldn’t they, given that she/he is the person toying with the idea of a union?) is considered too forward, and will most likely be disqualified on the grounds of wantonness.

I have a rich, successful friend in the US (the sort who’d be a prime zero-in candidate) who tried out a social experiment in 2007: he put out an advert in a leading daily in New Delhi talking about him being a nice and easy-to-get-along-with guy, his annual package (and humongous bonus), his properties all over the world, his love for the arts, his culinary skills (“The woman I marry will never have a bad meal for the rest of her life”), and his great sense of humour. In first-person.

“OMG!” I exclaimed, “You sound insufferable!”

“The more unrealistic and larger-than-life, the better, no?” he countered. “This is the land of Bollywood!”

The back-story: he was, in fact, looking for an Indian bride because he had somehow convinced himself Indian women are easier to please.

Before he flew down to Delhi for a week, he told me he’d wait for “a lady” to write in herself, and only then would he meet her. “I definitely want a woman who has a mind of her own — not someone who lets her most basic right be hijacked by somebody else, never mind if it’s a family member who may be having her best interests at heart.”

As it turned out, only three women wrote in themselves (who he met for coffee, but found all to be frantic Green Card seekers more than holding out the promise of affection and companionship), while he was bombarded with more than 200 calls/e-mails from fathers/mothers/uncles/aunts of potential “suitable girls”.

True to his mettle, he didn’t entertain any member of the latter club.

What’s your caste/creed/religion, a lot of callers/email-senders wanted to know as an aside. And which part of India are you originally from? “Damn weird — because I didn’t specify any of those attributes for myself, so clearly I don’t subscribe to any of those factors when I’m looking for a woman to settle down with.” Many demanded why “someone else” (like a parent or “an elder” in the family) hadn’t stepped up to do the advertising honours for him. “I think they were judging me totally but the temptation of snagging a rich NRI proved too strong.”

It was a futile trip for my friend. “NOT looking for an Indian bride again — I’m going to settle for an American, never mind how difficult she may be to please,” he signed off before he caught his flight back to Los Angeles.