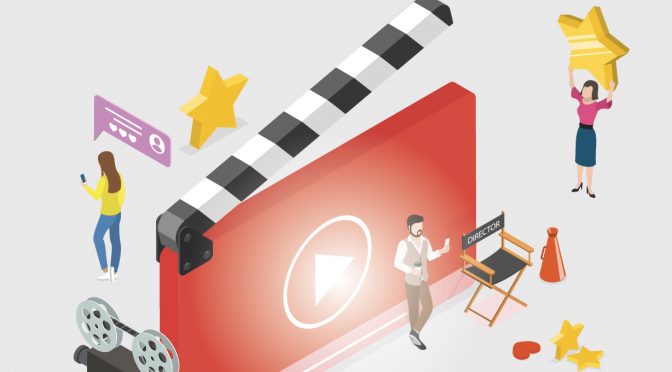 I admit I’m an Instagram addict. However, I do not post pictures or videos. Instead, I lurk through thousands of profiles, hashtags, and trending videos. I even have two profiles on Instagram, one private and one public.

My content preferences on Instagram are varied. I spend hours watching ‘how to make slime’ videos, short recipe stop-motion videos, the occasional make-up hack, news profiles, memes and my favourite profile is @ifyouhigh (3.5 million followers) — mesmerising content for the visually inclined. I need Instagram before I sleep, while I wait for my doctor’s appointment, and every time I have more than 10 minutes to spare.

Since early 2018, a slow trickle of 14-to-15-second long videos with a ‘TikTok’ watermark was sliding into my feed, and I was not happy about it. What was this absurdity? Millennials were doing backflips, synchronised dancing to the tunes of popular music and lip-syncing to Maroon 5’s hit song Girls Like You, to name a few.

TikTok, also known as Douyin in China, is a media app for creating and sharing short videos. Owned by ByteDance, the media app was launched as Douyin in China in September 2016 and introduced to the overseas market as TikTok one year later. With over 500 million users worldwide, it has 17.5 million followers on Instagram.   The app reminded me of the now-defunct Vine. It was like Snapchat and Vine met Musical.ly and all of a sudden, over 500 million users worldwide were having their 15 seconds of fame. I wasn’t going to have any of it. One more Internet sensation? No thanks!

After deliberately trying to avoid TikTok for over a year, a colleague at work suggested I write this article on why millennials were so crazy about the app. I had no choice. I downloaded the app for free on the Apple App Store early last week and plunged in deep. TikTok is far more addictive than any other app I’ve used.

I use an iPhone, and according to the phone’s built-in Screen Time application, ever since I downloaded the app a week ago, I spent an average of 35 minutes on TikTok every day. What was fascinating is that every user who posted videos performed with a conviction that they were movie/rock stars during that 14-15-second screen time. TikTok’s interface automatically gave me a preset of trending videos from users across the region. I’d logged in using my Facebook ID, and apart from videos from Arab users, I also gained access to much native content.

This meant that users in my region were posting lip-sync battles to famous Bollywood movie dialogues, funny Hindi, Malayalam and Urdu memes, a whole lot of synchronised dancing to movie tracks and funny videos. Some users broke into dance in the middle of shopping malls and restaurants, while others watched bewildered at what was going on.

Challenges are also widespread, such as #eatonthebeat, where users have to eat in time to the beat of a song. A total of 11.7 million users were posting on a trending #screendrawing, and 10.1 million were posting #funnyfaces. About 57.3 million were posing on #fakeconcert.

After I’d spent hours on TikTok, I called a few friends for feedback. Pop culture expert and consulting editor at PC Magazine Kevin Sebastian flat out denied using the app when I asked. He said: “Personally, no, but I know teens and some in their early 20s who do.” When I probed further, he responded, “Okay, I’m assuming you know it was made to compete against Snapchat and was a replacement for Musical.ly, right?”

That was new to me, but I pretended to know and egged him on. “Teens love it because you can use it to create lip-sync videos. Chinese social media users use it to make comedy. That stuff got pretty viral and the app’s popularity spread.” He told me a real estate development company (that you’ve heard of) has signed an MoU to work with the app and make original content with their malls.

Kevin believes that TikTok is wildly popular because people on the Internet love short form content. “Vine and Musical.ly served as that platform. Snapchat provided that but the app also made some questionable changes and moved to focus on influencers which is why people moved on to the next app.”

He added: “It’s fun to make a TikTok video, the controls are simple and you can save them and upload them anywhere else. The algorithm allows your content to be seen by people on the platform and it’s not limited deliberately like Facebook. Unrestricted content distribution wins.”

I scoured people in my circle of influence to find at least one person who enjoyed using TikTok. Most of my friends are aged 26 and above, and I’d asked at least 10 WhatsApp groups about TikTok.  As expected, my family group — my parents, a few cousins — had no clue, and they didn’t care. A friend from Australia said: “I think TikTok is the new-age vines but worse and lame and annoying.” Another said: “It’s powerful marketing, dude.”

The seemingly perfect app is not without problems. Since the videos are usually public, it also means that information about its users is often viewable too. Media investigations have discovered that children as young as nine post sensitive information via the videos. Also, reports have suggested that paedophiles are using TikTok to try and elicit images from children. To my relief, my 12-year-old brother does not use the app.

When Dhanusha is not running behind her 5-year-old Labrador, she is singing and song-writing