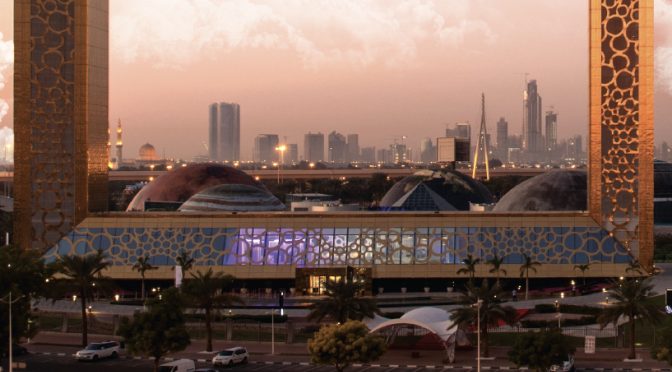 Since I am a petrolhead, I would sum up my life as a hodgepodge of freeways, crossroads, roundabouts, u-turns, cul de sacs etc. One such u-turning moment brought me back to Dubai in 2010, after 10 eventful years in Southeast Asia. But it took another nine years to park myself in the same old lot from where I had taken off in 2000.

Yes, I am back home finally — in Karama. Hey, I am not talking about the working class suburb of Karama in Darwin, in Australia’s Northern Territory, but Dubai’s very own middle class district which a newspaper once labelled “Counterfeit Karama” for selling fake merchandise.

What’s the big deal, one might ask. I would say a lot. It’s the nostalgia, stupid. Couple of drinks later, at the President, I would say loudly, ‘Karama is an emotion, macha.’ I have my reasons.

When I returned in 2010, on my drive from the airport, I could sense the changes from the hundreds of ritzy towers seen sticking into the electric blue skyline, which a decade ago was nearly spotless. Next day, when my cousin offered to drive me around Dubai’s swanky new townships and business districts, I declined, and pleaded: “Take me instead to Karama.”

“Karama, of all the places?” he wondered.

“Yeah, that’s where I belong.”

“It looks mostly rundown. And the demography has changed immensely.”

For a person who has always been on the move, having left his birthplace soon after graduating from the university, it’s hard to have a sense of belonging to any particular country or place. Yet Karama offered me that ‘umbilical bond’ when I moved into an apartment in the Karama Shopping Complex with my wife and five-year-old son in 1990. I was just a youth with a crown full of curly hair.

It’s where I happily nested and bred my family for years to come. It’s where my daughter was born. It’s on those footpaths and the long, breezy  corridors of the shopping centre where my daughter began to toddle. As she cantered a few feet ahead of me, she would say hello to all the brightly-clad mannequins. She would wave to all the salesmen and salesgirls who were like our family members. She would smell all new arrivals on the cloth shelves and hangers and stutter: “Buy, buy.”

Karama was a world of innocence. We never bothered to shut the front door. Children from the neighbourhood, including ours, Steve Manuel’s four daughters and Rex Rozario’s two girls — stormed in and out all the time puffing and panting. They would demand coins to buy drinks and sandwich and throw tantrums until they got it. The coin account would swell to scores of dirhams at the end of the day. Uncle Koya made a fortune from his sandwich business.

There was no Zabeel Park. Nor was there a little garden in front of the old Lulu. The whole of Karama was their fiefdom. Their make-believe playground. My son and his friends played cricket in the space between buildings and in the Eid Musallah parking lot at Al Mankhool. They descended on car parks to splatter water during the rains and play with paper boats in the puddle.

Karama was the most modern of half a dozen ‘sheikh colonies’ and shopping centres that made up Dubai in the ’80s and ’90s. People flocked to the Bur Dubai and Deira bazaars as well as the Karama Shopping Complex for pre-vacation purchases. Bus loads of foreign visitors were dumped in the Shopping Complex in the mornings and they would roam around to shop for fake luxury good. That was when copyright law was unheard of in this part of the world. They shopped till they dropped while Iranian traders made millions from their counterfeit business.

Whenever my children came back to the UAE, they demanded to be taken to Karama. They went to the Shopping Complex and spent a few moments in front of Block R11. It was their Taj Mahal, where, they said, time stood still. At times, my daughter would go to the first floor and steal a glance at the shut apartment door. She would say that she could still see her fingerprints and cola stains on it. She would sharpen her ears and whisper to me: “I can hear a baby cry. It’s me.”

In the last eight years I lived in Sharjah, I have burned much fuel to get back to Karama to recharge. A drink or a bite that oozes the taste of Karama. As I finally prepare to come home, wifey and I went down to have a survey of our old ‘battlefield’. There’s a slew of brand-new buildings holding their heads high like celebrated soldiers amid the carcasses of decrepit structures that still echo our heartbeat.

There are rows of big-league eateries, some of them belonging to Indian superstars. Most high-profile businesses have disappeared while some of the small shops that looked rundown in the ’90s still sport the horrific look, but it’s business as usual. They knew the tricks of the trade better, I suppose. A few iconic ones that have withstood the test of time have scars of age writ large on their frontage. Good old Woodlands and Sind Punjab, the only two restaurants where people once upon a time queued up for entry, are still open for business. So are the smaller ones like Himalaya and Happy. The bicycle shop in an obscure corner of the shopping complex is still pedalling on.

Outside our home, Bulwagang, the only Filipino restaurant in entire Karama in the ’90s, is still cooking up Dubai dreams, marinated in perseverance. While the shopping complex looks anemic with less crowd and cacophony, the other end of the district has witnessed a demographic invasion. Shops and restaurants catering to the Southeast Asian crowds have mushroomed. Streets and buildings are teeming with people. The air smells less of Indian curry, and there’s a newfangled ambiance around there.

The Sheikha Latifa Building and the nearby iconic Sana Building, where we always shopped for kiddie clothes, are no more. The Pioneer Building looks like crooning Celine Dion’s My Heart Will Go On in a sepulchral tone. In the Sheikh Hamadan Colony, the school uniform makers are still stitching up good deals for themselves.

It’s heartening to see a maze of flyovers, viaducts and road tunnels in and around Karama that have lessened traffic bottlenecks. The Dubai Frame that towers over entire Karama, dwarfing the once-majestic Trade Centre a few yards away, has come as a consolation to people like me who had been told by CEOs and editors to “drop the Karama culture” to ramp up business. The Frame is a beacon to remind everyone not to forget the past under its nose while looking forward to the future.

They say there is a much bigger, modern world nestled in the south and elsewhere. Maybe. I don’t care a damn. Karama may not have class, but it’s our home.