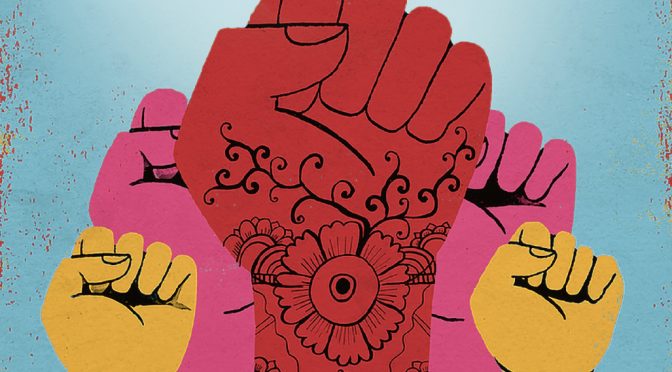 It must feel great to be in Guneet Monga’s shoes at the moment. Her co-production, Period. End of Sentence, a film about a group of women in rural India learning how to operate a machine that makes sanitary pads, won an Oscar this week for Best Documentary (Short Subject). In a career spanning 10 years, the 35-year-old Monga has already set her own path to acclaim having backed critically lauded films, such as The Lunchbox and Masaan. In a conversation with Khaleej Times, Monga talks about her journey that has led her to become an influential voice in indie cinema.

It’s probably an obvious question, but one that must be asked. How are you feeling?

Honestly, it has not sunk in yet. It does feel surreal, but also very beautiful.

How did this project come to you?

It started with Oakwood School in LA. The students there had read this article about girls in rural India and how they had to miss out on their education just because menstruation was considered taboo. They wanted to make a difference, and ended up donating a pad machine through the NGO Action India in Hapur, Uttar Pradesh. They began shooting the film then. It was more about bringing in a real change and raising more money.

How does an Oscar win change the conversation on the subject?

It’s the loudest loudspeaker in the world and the whole world is listening. The power of the audio-visual medium is celebrated here, and to be awarded on this platform means something. It just sends out a message that a conversation on menstruation can happen at that scale. We should use this opportunity to take the conversation forward, and break the taboo.

What do you think worked for Period. End of Sentence at the Oscars?

I think what worked was the story in LA and Hapur. The girls making it and the girl in the film — both talking about patriarchy in their own language. I mean the Hapur girl talks about wanting her brother to be involved in the conversation on menstruation. That’s revolutionary.

What has kept you away from mainstream Hindi cinema?

I am an outsider, have a humble degree and have put in everything I had. I just want to tell good stories. I don’t see a project with a commercial or a non-commercial eye. In my heart, I do what I love doing. I mean, The Lunchbox made more money than most big Hindi films put together globally. So, in that sense, I don’t understand the word ‘mainstream’. Is it money-related? Is it actor-related? I just keep telling good stories. With the power of Netflix, we have raised hundreds of thousands of dollars in the last 10 days of the film’s release. So, I think it’s a great time to continue telling great stories.

You have also been a trenchant critic of the way India’s official entries to the Oscars is chosen every year. Where do they go wrong?

I think we select movies very late. There are film festivals that happen throughout the year, and it’s important to send films there. You cannot suddenly decide one day to send your film to the Oscars. It takes a whole year’s work to get attention and credibility. What’s also important is who is your investing partner — the company that is releasing it and if it understands marketing and publicity.

There was a time when it was contended that only certain narratives from India — poverty, exoticisation — are well-accepted by the West. Lately, more nuanced stories are leaving an impact. What has led to this shift in perception?

I think an uprising has been happening for a while — there is a demand for diversity and films like Black Panther and Crazy Rich Asians have had an even bigger conversation. And now filmmakers are consciously attempting to stay away from the regular stereotypes. A lot of credit for this also goes to social media.

What have been some of the challenges of being a female producer in India?

Initially, I used to a face a lot of age issues because I was very young. I did not think of myself as a male or a female producer. I just told myself, ‘I can do this.’ Sometimes, when I look back, I think I may have been bullied. But I think I managed to break through everything and put my point across. I was young and had big dreams, and sometimes, ambitious women can be seen as a threat.

A memory from this year’s Oscars that you will cherish the most?

When Sneha, the main character from our film who wants to become a cop, said  I wanted to become a cop because I wanted to put my baba’s name internationally and that’s already happened with this win. I think that just won my heart. There was just so much emotion.