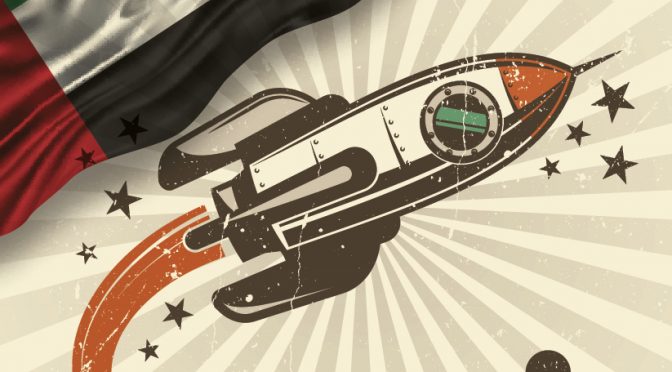 I still remember my first space-related news story. It was January 2014, I was an intern for a UAE-based tabloid newspaper and the (now infamous) Mars One programme was making headlines worldwide. I was able to break the story of an Emirati who was willing to move permanently to Mars as part of the programme.

It didn’t take long after that for space stories to become one of my regular beats. I scored several front pages with stories such as the launch of UAE’s Space Agency, new breakthrough discoveries in outer space and my interviews with Nasa astronauts.

However, one story that was lacking in my portfolio (the UAE’s space industry as well) was of the UAE astronauts — a category that didn’t even exist until mid-2018.

Though, on February 25, 2019, that void was filled. The UAE’s first two astronauts, Hazza Al Mansoori and Sultan Al Neyadi, made their first public appearance at a press conference and I was absolutely determined to get a one-on-one interview with them.

One of them will travel to space on September 25 for an eight-day trip to the International Space Station (ISS). It’s going to be a historical milestone for not just the UAE, but the entire Arab world. Two Arab astronauts have been in space before, but, there has never been a sustainable space programme in place before by any Arab country – until now. So, it’s no surprise that Hazza and Sultan had been the talk of the town since their names were announced last year, but they remained in Russia for training. No one in the media or public had access to them.

During the Press Conference, I was told only TV journalists would be interviewing them — a statement I simply did not accept as Khaleej Times has nearly three million followers on its Facebook page and our video stories reach millions of people on a daily basis. Also, we’ve kept a strong flow of space-related stories in our newspaper and website. I’ve managed to break stories on space laws, interviewed the pilot of Virgin Galactic’s first successful test flight, the first astronaut to tweet from space, the first astronaut to operate the robotic arm in space, among many others.

Our hard work in this beat wasn’t overlooked though, as officials from the Mohammed bin Rashid Space Centre (MBRSC) approached me shortly after I made my request and offered me an interview with the astronauts. Within minutes, I was called into the room where the astronauts were giving the interviews. I stepped inside and saw a few journalists waiting, public relations (PR) officers assisting the camera crews and the astronauts patiently waiting for me.

“This is Sarwat,” the PR officer said, introducing me to Hazza and Sultan. Both of them were wearing blue astronaut suits with a UAE flag embroidered on the sleeve. I sat down on a chair facing them, smiled, said hello and quietly told my mind to stop wondering if they even knew about the countless stories I have written on UAE’s space industry.

But how the astronauts responded to my unspoken thoughts left me speechless. “You’re Sarwat? We read your stories,” Hazza said, as their serious facial expression shifted into wide smiles. “You’re one of the few who gets the technical details right!”

Then, Sultan eagerly jumped into the conversation. “You contacted my university, right? We follow your work,” he said.

I couldn’t get in a word in edgewise for the first few minutes of this meeting. It was a range of emotions that hit me at that point — I was caught off-guard, felt joy, relieved and, most of all, proud of Khaleej Times.

“Thank you so much. Means so much coming from you,” I said, smiling wide.

I wasn’t surprised that KT had such a far reach with its stories. I was excited because our noteworthy reporting and our commitment to covering UAE’s growing space industry was being recognised by the two people who had just made history. One of them will be up in space and down into history books very soon.

As the five-minute interview ended, they took me by surprise yet again. “Can we get a photo?” Hazza asked. Maybe he just read my mind again, as I was about to ask the same from them. If they enjoy my stories this much, maybe they’ll allow me to follow them to space?

After all, I am trying hard to get
#FirstJournoInSpace finally trending…

When not reporting, Sarwat’s busy hunting sponsors for her own commercial space flight ticket