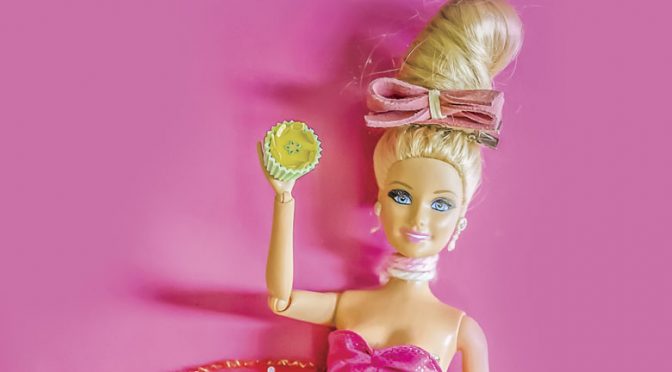 Barbie, the creation of Mattel co-founder Ruth Handler, who named the fashion doll after her daughter Barbara, continues to be one of the world’s most popular toys 60 years after first going on sale

I never owned a Barbie doll. For that matter, I was never someone who enjoyed playing with dolls. I befriended teddy bears while my friends spent time brushing their dolls’ hair. For my teddy bear, Fluffy, home was where I was — my bedside and dressing table, while my friends made space for more dolls in their luxurious dollhouses.

The nostalgia factor with Barbie is surely undeniable. But it wasn’t the case at our house. My mum and I didn’t bond over the doll’s tales, fashion sense and antics. In fact, some years ago, my dad thought it was a sweet gesture to gift mum a Barbie on her birthday. Mum, of course, didn’t echo the same sentiment. The doll hasn’t come out of her packaging ever since.

American businesswoman Ruth Handler played Gepetto to her own version of Pinocchio in 1959 when she gave the world a doll they remember and cherish until today.

Slime, Shopkins, Fingerlings and Lego are the new favourites among kids, some may argue. But Barbara Millicent Roberts, better known as Barbie, still remains a favourite toy, a playmate for many. If the doll took up an integral part of your childhood, you may recall playing interior designer (Barbie’s DreamHouse, anyone?), stylist and sometimes even a guide or counsellor to her. Was Barbie a guinea pig for most of your fashion experiments too? Cut to 2019; the new Barbie can be a yoga teacher, a spy, a game developer, an art enthusiast, a football player and more. She comes in different body types and represents a variety of races.

Barbie’s influence is unmissable. While the doll has impacted children and adults alike positively, she has also been embroiled in several controversies. A recent example is the Barbie Feet social media challenge last year. In order to get the ‘perfect’ click, women posted photos of themselves flaunting their Barbie feet, standing on their toes, as if they were wearing heels.

She may have made a point a lot later than Bob the Builder’s “Yes we can”, but Barbie’s tagline — “You can be anything” — echoes similar, yet stronger thoughts. The new age Barbie is sensitive, inclusive and ambitious. I’ve learnt some important life lessons from Barbie:

#GetWithIt: Despite being a 1950s kid, your childhood toy has a massive following of 1.9 million users on Instagram. She flaunts her fashion choices, shares style tips for a night out and posts photos with her squad. What’s more, she’s also made her way onto YouTube as a vlogger. Every week, ‘followers’ are in for a treat — with What’s in the Box challenges, new room tours, and more.

We’re one big happy family: Barbie has happily embraced ethnically-diverse features. The role-model line includes fencer Ibtihaj Muhammad, who is the first Muslim-American woman to wear a hijab while participating in the Olympics. There was also a Frida Kahlo Barbie, an ode to the Mexican iconic artist.

Show some sensitivity: More recently, Barbie introduced a version of itself with wheelchairs and prosthetic limbs. As a part of Mattel’s 2019 Barbie Fashionistas Line, the new dolls aim to tackle the stigma associated with handicaps.

The DreamHouse will be accompanied by a ramp that is well-suited to accommodate the wheelchair. Age is no bar: Mattel recently paid tribute to 97-year-old Iris Apfel, an American businesswoman and fashion icon, who likes to refer to herself as the ‘oldest living teenager’. The doll’s look was complete with oversized glasses,

bell bottoms reminiscent of a retro style and a pearl necklace. You’re never too old or young to own a Barbie or inspire one.

I still don’t own a Barbie doll. Maybe I never will. But, Barbie 2.0, I’m hooked onto your different avatars – in vlogs, video games and movies.

Disha communicates in the language of memes and loves viral trends