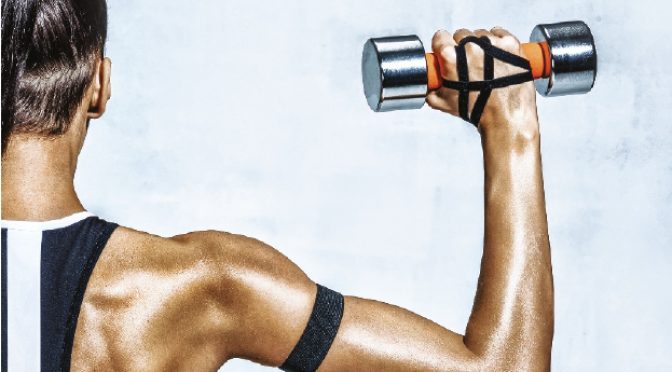 After a two-year hiatus filled with prolonged episodes of procrastination, I finally jumped back on the ‘get fit’ wagon in the first week of February this year. A month into my new health routine, I’m glad to say I am growing stronger. I am beginning to enjoy my workouts — and my clothes fit better, too. Though I am a long way from hitting my fitness goals, I now have some hope.

I began piling on the pounds in early 2016 after I moved into a new workplace. Making matters worse, I suffered a short bout of unemployment from March to October 2017 that made ‘emotional binge eating’ a common practice. I wasn’t just putting on weight; I was getting ridiculously unfit. I suffered from terrible posture, resulting in cervical spondylosis, and I could not complete a 1km walk without knee pain.

The rest was history. By December 2018, my weighing scale had casually tipped on to a weight bracket that I swore to myself I would never hit. All this was humiliating because, hardly a year before, I could run 10km in under 1 hour and 10 minutes, and I never missed a day at the gym.

As I was beginning to feel increasingly hopeless, and because I was feeling overwhelmingly guilty about eating a giant piece of chocolate cake, I thought I’d try and do something about it. It was a constant loop of guilt-eating and self-loathing. However, I started somewhere, and it began by taking the stairs, avoiding carb-rich packaged and processed foods, and walking for 35 minutes every day. Once while returning from the Khaleej Times HQ in Al Quoz, I searched Google Maps for a gym near the office.

It took me to GymNation behind Al Serkal Avenue, and I committed to a year-long membership programme at the gym. On my first day of working out at GymNation, I saw a woman doing barbell squats with a metal bar and weights of approximately 15kg on each side. With one swift motion, she’d positioned the bar on the base of her neck and squatted deep into the floor, looking sleek and powerful. Not muscly or bulky, because that is how you’d assumed women who lifted weights looked.

A little later, I noticed the same woman lifting heavy dumbbells doing bicep curls and shoulder presses. I was impressed and curious: aren’t women who lift weights supposed to have broad, muscly shoulders and look masculine? Instead, I saw healthy women of all shapes, from across the world, lifting heavy weights looking elegant and robust. I turned to a personal trainer at GymNation, Kyle Evans, for answers.

“No,” he barked. “Women don’t become muscular or bulky-looking after they train weights. That’s a myth.” He laughed at me after and said: “Men train six days a week for years with an aim of building muscles. However, many people think women will get bulky in a week [laughs]. That’s impossible, and takes years of commitment.”

Evans added: “Also, women have low testosterone levels, making it difficult for them to bulk up. The only way you will look bulky is if you eat pizza all day without lifting weights.”

I asked my close friend and gym buddy, Devika Kumar. She had been lifting thrice a week for six months and had started enjoying her workouts. “I feel stronger, and it has done wonders for my posture. On the weighing scale, it’s not much, but the changes are there in my appetite for food, my ability to focus and the way my clothes fit,” she explained.

The mother-of-two said she has much better stamina to take care of her kids, aged 10 and six, ever since she began lifting heavy weights. “I have a mixed routine. Sometimes, I use the machines. use free weights and combine my lifting with high-intensity interval training exercises such as dynamic squats, jump squats, star jumps and the dreaded burpees,” added Kumar. Another gym partner, Nabila Masud, said, “I joined the gym assuming all I needed for weight loss, and overall fitness, was to do cardio exercises like running or use the stationary bike and eat the right food… I could not improve my speed or my posture, because I wasn’t doing any compound lifting exercises.”

He explained that heavyweights at a low rep range would only make you stronger as it puts a large amount of stress on your nervous system and not your muscles. “So, it is important to keep weights around 10 reps but as heavy as you can around 10 reps. Weights will build muscle and tone you up to create a lean physique.”

I spent hours on health and nutrition websites, and the more I read about it, the more it seemed like a good idea. I was convinced; though I’d spent some time lifting weights in group classes in a previous gym, though I did not spend time dedicating myself to learning the right form, how to gradually increase the weights while lifting and how not to injure yourself. I learnt squat forms: wall sits, lunges, push-ups and every significant compounded movement that would make me a fitter individual.

The first three days of training were a nightmare. I was in terrible pain, and I had to run or do some cardio to release the muscle soreness and stiffness. I could not walk, let alone run. After the first few weeks of soreness, every time I trained weights, I left the gym feeling more focused, alert and stronger. For me, fitness is now about setting new challenges for myself. If I could squat 35kg this week, I should be able to lift 45 the next. I want to be able to run faster and squat deeper. The use of strength training in my exercise routine made that possible.

Speaking about nutrition, Evans urged that women need to eat 1.5 to 2 grams per kg of body mass for muscle growth. “The problem is protein is the building blocks of muscle. If you do not consume enough protein, your body will break down your muscle fibres to supply amino acids to the tissues which will resort to you losing muscle as your muscles are eating itself.”

My pants began fitting better, I could work more extended hours and I felt that I could focus on my work. When I started, I could not walk 2km. Today, I can do 5km in under 55 minutes. While I am yet to get my eating habits in place, I am filled with positive vigour this time, and in the real hope that I can live a healthier lifestyle.

When Dhanusha isn’t running behind her Labrador, she’s singing and song-writing