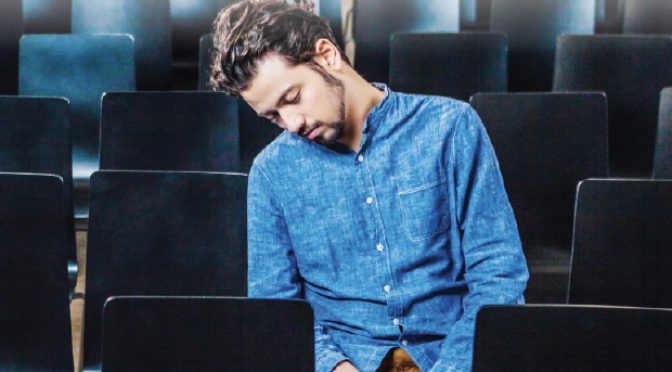 One of the benefits of being a journalist is having direct access to seminars and conferences where you get to meet the real top brass of any industry.

The UAE is the hub of the MICE — meetings, incentives, conferences and exhibitions — industry, and I must confess that apart from covering assignments with great passion and sincerity, I do observe people, particularly those who make presentations and those who have to tolerate panel of speakers. I have safely concluded that there are a few interesting personalities that keep me going if I wish to cover a seminar. Or else, I simply march ahead with a press release and a few images to spare myself the torture of listening to the same stories on different days.

So, this is for speakers from the panel who take to the microphone, believing that they are imparting wisdom with a smart PowerPoint presentation that will make them look cool and engage audiences. But is the audience even listening? Let me allow you to ponder on a few things that happen in a seminar/conference — all of which on both sides. I have noticed that a majority of people attending these events are glued to their smartphones, grinning and catching up on conversations with their loved even with their not-so-dear ones.

We also have utterly shameless people in the audience who have the audacity to keep their mobile ringers on — that too at the maximum volume level — until everyone’s eyeballs pop out in anger as they try to locate the culprit until the mobile owner quietly decides to put his device on silent mode.

Then, there are latecomers who actually ask for a chair that already has someone else’s stuff on it, a sign that it’s taken? No matter; they’d still park themselves on it for their convenience.

Another is a section of the audience who walk in and out of the hall as if they have come for their evening stroll, inconsiderate that any movement does have impact on other attendees too.

The post-lunch sessions actually throw up the realities of life — wherein some of the participants can be heard snoring as they doze off on back seats when the lights are dimmed. I have even caught some attendees doing things in public that’s borderline unprintable here — so I’ll leave it at that. Hey, please be aware, others could be watching you,  and your every move. As Isaac Newton put it, every action has a reaction.

A few of them will not even spare the mouth fresheners on the table and, of course, at the end of the seminar, water bottles are thrown around in such a manner that it would compel you to think if this is the way people behave in such places, as if they were at home with servants doing the mopping up job for them. Lord, have mercy!

Now, on to the speakers: I am already yawning before I even attempt to write anything about them, showing how much I have endured, trying to listen politely, and even reluctantly clapping as they bask and rejoice in their moments of glory.

So here comes the wise guy, the most confident speaker, making a short and crisp presentation and leaving to take on questions after his talk. Next on stage is the confused and not-so-confident speaker who gyrates between a PowerPoint display and a paper in front of the mic, just wanting to finish his/her presentation as the slot was perhaps sponsored, so the audience is compelled to pay attention.

Now, bear with me as I introduce to you the most boring speaker, with zillions of slides, he imparts wanted and not-so-wanted knowledge at the cost of audience attention. Soon the attendees are bored to death and they keep marking the time on their smartphones praying for the presentation to end, yet our boring speaker goes on and on.

Ever wondered why some speakers do not stick to the topic they have been given and start off the talk with absurd stuff like the story of Adam and Eve? What they fail to understand is that the audience belongs to a niche background and basic domain knowledge would be mandatory.

Speakers often lack a sense of empathy and presume that what they believe has to be the protocol. But don’t forget that it takes all sorts of people to make this world, which we are in.

Time for me to check out the next seminar. Until then, I shall ponder and grin, thinking of all these amusing personalities I continue to encounter.

Word of advice for food providers: Sandhya doubles as a grub critic in these seminars