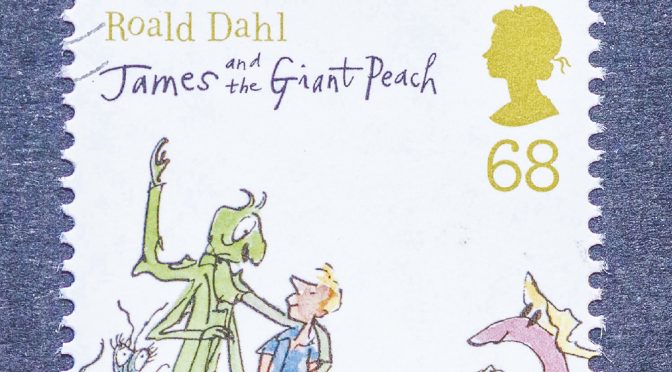 A tribute to Mr. Dahl, the real ‘BFG,’ as we get ready to stream into his make-believe world.

It must’ve been a particular magical day in Cardiff, Wales, with many whimsical musings adrift; the day that Roald Dahl was born. Over a century later, the well-loved author’s enchanting tales continue to delight readers everywhere and are reimagined across platforms. And Netflix is the latest to do so.

Recently, the digital platform and The Roald Dahl Story Company made an announcement of their joint plans for an exclusive new slate of animated content, featuring the award-winning storyteller’s bestselling works.

Noted as one of the greatest British writers of all time, Dahl is best known for his children’s fiction like Fantastic Mr. Fox, Matilda, The BFG (Big Friendly Giant), and James and the Giant Peach. These works and more have famously been adapted for the screen. Dahl was also a scriptwriter and even known for his adult fiction, short stories, poems, and non-fiction titles, which include the autobiographical Boy — Tales of Childhood and Going Solo.

Like fellow international readers, several UAE residents are life-long fans of Dahl’s writings. Here, they recall their journey into the worlds that the author created and pay tribute to the man and his legacy.

For many, Dahl’s tales were a childhood staple. “I was probably around eight years old when I picked up Matilda, my first Dahl book. It was my first love,” reminisces H.K. Frost, a writer and editor based in Dubai. “I can’t recall if I’d already seen the older Charlie and the Chocolate Factory film adaptation at that point, but I went on to read the book.”

Giulietta Williams, a volunteer librarian at The Old Library in Dubai, confirms that Dahl is a popular name among UAE children. She says, “His books are well known by students here and his stories have been turned into local stage performances, keeping alive their popularity.”

Others discovered Dahl much later in life, undeterred by the fact that they were opting for children’s classics. “I started reading Dahl’s stories only about three or four years ago, in my 20s,” reveals Maria Puteri, who works as a banker in Abu Dhabi. “I began with James and the Giant Peach and  continued with more books, including the autobiographies.”

New readers, irrespective of age, easily turn into fans, captivated by Dahl’s characteristic style. “I love his wicked jokes and sarcasm,” says Puteri. “Dahl’s imagination has no bounds — he sees ordinary things in wild and funny ways, and invites readers to share along in the adventure.”

Williams recommends that students and adults keep reading Dahl. “He has the ability to capture the attention of children through his clever language and plots. At the same time, the satire and observations he weaves in hold messages for adults too.” She questions, rhetorically: “How can you miss out on sheer absurdity that is so well crafted?”

According to Frost, few authors understand children like Dahl does. “He captures how adults look silly in different ways to kids. I could overly identify with little Matilda, and later on his other protagonists because they were written with empathy and depth. He also had a child’s imagination or could tap into it amazingly well.”

One of the wonderful things about stories for kids is that they reveal the world from unique perspectives; they carry on with the readers as formative moments that go onto shape worldviews. This is resoundingly true of Dahl’s tales. As his stories continue to touch lives, readers glean new learnings, add to their  ‘bookish’ traditions, and share their love for the stories with others.

Frost says, “I recommend the books to other authors attempting to portray children, especially in the case of ‘bad’ or bullying kids. I think this was an important insight on Dahl’s part — that well-meaning adults can accidentally cause a great deal of harm to children, both their own and others.”

After reading many of his books, Williams got more of Dahl’s quirky works through on-screen adaptations. “Years ago in the UK, a selection of his short stories for adults became a successful TV series, known as Tales of the Unexpected. Dahl often appeared at the beginning of the episodes to give a short explanation of what inspired it. The show involved sinister situations with a little dark humour and always had a twist at the final denouement. I thoroughly enjoyed it.”

In contrast, Puteri is quite content with having the original texts to get her fill of the Dahl-ian world. “I am slowly collecting Dahl’s books, and intend to keep them for my future children. They will have to read them,” says Puteri. “And of course, I will continue being a free-of-charge marketing officer for Roald Dahl!” No doubt, many share her sentiments.