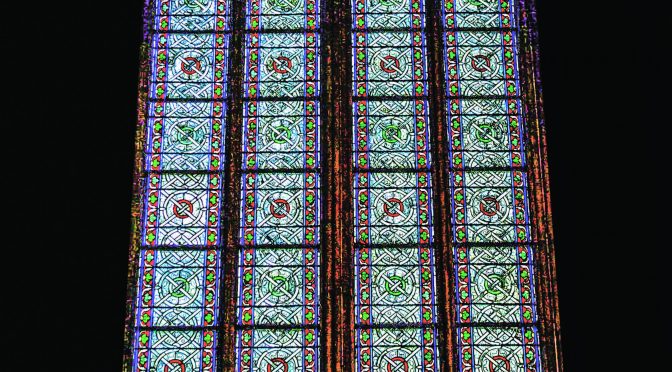 Hailing from a town full of churches and temples, the magnificence and architectural brilliance of places of worship have always beckoned me. I preferred to visit them outside of prayer timings — when their physical emptiness and silent ambience would fill my soul with peace and spirituality.

So, I typically avoided crowded religious places and chose inconspicuous ones for regular visits in whichever countries and places I have visited or lived in. I could sit on an antique pew, which is soaked in the tears of the destitute or in the history of a nation, for hours on end. It’s where spiritual conversations and reflections can happen naturally in an air of exclusivity. It’s where your spiritual vacuity is challenged and changed. It’s where you are in direct touch with the Master — almost.

Sitting in contemplation in Ebenezer Baptist Church in the spooky Jackson Street of Atlanta, you could ask Martin Luther King to replay his old sermons and speeches that changed America forever. At the desolate Sri Manmatha Karuneshvarar Temple on Kallang Road in Singapore, you could take your own sweet time to pay obeisance or to beg and plead with Lord Shiva not to give Donald Trump a second chance.

But there are exceptions to such religious free zones. Some places of worship are too touristy and crowded but they still beckon you. After reading or hearing so much about them, their legacy gets embedded in your system forever, nudging you to make a once-in-a-lifetime trip. Some of such places I had visited are the magnificent Cologne Cathedral in Germany; the Sultan Ahmed Mosque in Istanbul in Turkey; the Cathedral of St George in Istanbul where a fragment of the Pillar of the Flagellation is kept on the golden iconostasis; the Thillai Nataraja Temple in Chidambaram, India, where you can relax in its cobblestone compound and feel at home with yourself; the Basilica of Our Lady of Good Health in Velankanni, India; and the Notre Dame Cathedral in Paris that was destroyed this week in an inferno that over 400 firefighters took 12 hours to tame.

The name Notre Dame, which means Our Lady, was fed into the Asian psyche by Victor Hugo’s classic novel The Hunchback of Notre Dame — one reason why the monument was on top of my itinerary during a pan-Europe trip over a decade ago. Some of my artist-friends were incredulous that I spent more time in Notre Dame than in the Louvre, which houses Mona Lisa, the most visited work of art in the world. I preferred not to waste my time explaining that the Notre Dame itself is the Mona Lisa of the architectural world.

Sitting on an island called Île de la Cité in the middle of the river Seine, the Notre Dame Cathedral is one of a few structures in Europe that took centuries to construct, such as the Cologne Cathedral (632 years), Westminster Abbey in London (500 years), the Milan Cathedral (377 years), Spain’s Alhambra (600 years) and England’s Neolithic structure Stonehenge (1,500 years). Construction of Notre Dame started in 1163, during the reign of King Louis VII, and was completed in 1345.

As I disembarked from a hop-on hop-off Paris tour bus and strolled towards Notre Dame, I couldn’t feel the vibes initially. The edifice isn’t as imposing as the Cologne Cathedral. Unlike the Taj Mahal or the Blue Mosque, you don’t fall in love with Notre Dame at first sight. There’s no dearth of majestic buildings in the French capital, but Notre Dame has something unromantic about its exterior. The geometrical rigidity in the design of the west facade puts you off for a moment. You need to enter and breathe in the musty smell of chronicles and fables to understand what makes Notre Dame so special. The more you get to know about Our Lady, the more you fall in love with her.

The history and architecture of the monument are as overwhelming as the values it stands for. Like Westminster Abbey in London, Our Lady is a working church, a tourist attraction drawing an estimated 13 million people a year, and home to hundreds of years of history. Henry VI of England was made king of France inside Notre Dame in 1431. Napoleon Bonaparte was crowned emperor here in 1804. In 1909, French warrior Joan of Arc was beatified in the cathedral by Pope Pius X. It survived the two world wars largely unscathed and famously rang its tenor bell to mark the end of Nazi occupation in 1944.

Besides being home to incalculable works of art, Notre Dame contains revered relics, including the crown of thorns said to have been worn by Jesus before the crucifixion, a fragment of the Holy Cross and Nail, and the tunic of Saint Louis.

One can spend hours at the cathedral marvelling at the Gothic masterpiece, its colossal stone archways, a forest of centuries-old wooden latticework made from nearly 13,000 oak trees, statues depicting the Last Judgment; beautifully-carved gargoyles on the roof, a slew of gigantic bells (including the 13-tonne Emmanuel Bell that dates from the 1600s) and a 17th century organ with all its parts still functional.

A trio of rose windows that dates back to the 13th century and rows and rows of stained-glass French windows hold all the beauty of the cathedral. The light that the stained glasses let in creates a surreal ambience that transports you to a different world. I clicked on until my fingers ached. Tourists fall silent as worshippers and ministers walk in for Mass. The surreal climate gives way to a mystical experience. That’s what Notre Dame is all about — it’s an emotion. It’s the spiritual heart of secular France.

Notre Dam must rise from the ashes. Our tomorrow will be incomplete without what Pope Francis calls a spiritual and architectural gift to humanity. Over a billion has been pledged so far. But it takes more than money and material to put together a heritage that speaks to the whole world. As worshipper Cecile Deleville says, rebuilding the cathedral begins with the hearts. The stones will follow — Gothic or global.