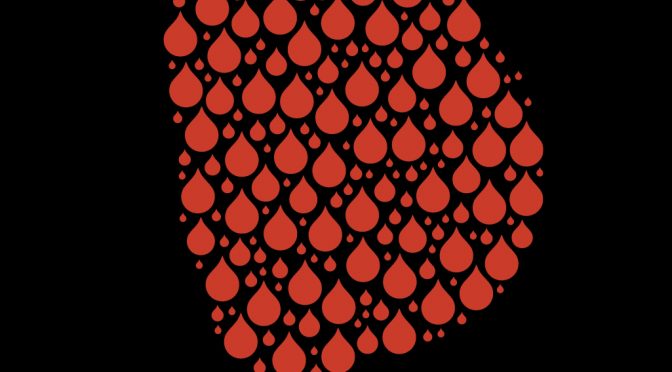 At a very young age, when I was still grappling with the spelling of my own hometown in India, I could memorise this Colombo address. Just as my dad finished the ritual of dictating his monthly letter, words dripping love, nostalgia and lots of politics — national and familial — I would fold the blue-coloured foreign envelope and jot down my maternal uncle’s Colombo address from memory. To everyone’s surprise, I even knew “Galle” is pronounced “Gol”, not “Gally” as a sizeable number of Indians still do.

Dad’s letters were succinct and matter of fact. Uncle mostly wrote a novella, packaged with sepia images of his daughters’ menarche celebrations or other family events. For some of us, his letters were a cultural guide to an island that was once upon a time an immigrant paradise. For others, they were like a chronicle of Sri Lanka’s history — with all its ills and benefits, the resurgence of nationalism, the exodus of migrants, the racial genocide, the civil war and, of course, cricket.

Despite its drawbacks, my uncle was still in awe of the island and its people, and decided to call it a permanent home, while my father had to leave the erstwhile Ceylon under a repatriation deal between the two countries. Well-employed Indians could stay on while traders like my father, who had set his foot in Colombo at the milk-teeth age of 13, had to shut up, wind up and leave in tears. The maternal uncle and another paternal uncle had the added advantage of being married to Sri Lankan citizens. A short-cut to the maroon passport.

Snail mail kept our love affair with the island simmering though we never met the letter writers — until I was in pre-university, when an airmail dropped the first breaking news in our life: the Ceylon family was coming down for the summer break. In a modern-day context, I would have said it was like the Obamas coming down to visit the Pattalis.

Though the Boat Mail, or Indo-Ceylon Express, service was discontinued after a passenger train was washed into the sea during the 1964 cyclone, steamers were still operating between Talaimannar in Ceylon and Rameswaram in India. So they came on board a ship to keep the cost down. We were so excited. We rolled down the red carpet for the six of them. They came, they saw, they conquered.

For South Indians, Sri Lanka was the Dubai of the pre-oil era. Businesses in my village had names such as “Colombo Restaurant” and “Jaffna Bakery”. My uncle boasted about a machine that cleans his Colombo home at the click of a button. Their kids brought us loads of school stationery made in China and Japan, the two countries that had already established markets in Sri Lanka. All those gifts smelled “foreign”. We held the fruity erasers under our nose and held our breath as long as we could. “What smell is
this?” I asked my dad. “It smells like a dream,” he said.

Love conquered the barriers of culture and language. The Colombo kids spoke English and Tamil. If their parents were not at hand to translate, we replied in Manglish, a cocktail of English and Malayalam. Some of us even raced to learn the Dravidian language to find an easy way to their hearts.

They taught us to pronounce words like “house chores” and “macho man” while we taught them a few Indian swear words which they used liberally on neighbourhood kids. They won all mental games we played while we scored in most physical ones. We played “Rama” and “Ravana” but took turns to claim victories.

We were aghast that their classes back in Colombo began as early as 8am and the school bus picked them up, while we walked 3km to the nearest government school. We prayed for magical powers to make all bad things in India disappear from their views. The irony of life is, one of them later graduated from IIT Kanpur on the Indian shores.

They crossed a sea of tears when they left for home after two months of fun and fights. They came a couple of times more while I was away working in Mumbai. I prayed for them as horrendous stories of bloodletting in Sri Lanka trickled into my newsroom.

My uncle kept sending photos. In the continuum between sepia and colour images, we kids grew up to become men and women. One of them married a Muslim. Another one a Christian. A Brahmim bride came from India. A truly United Nations family, we joked.

When age seared the last flicker of life out of a generation, I decided to make a trip to see my uncle. My parents were no more by then. It was a pilgrimage to see the places where my father had lived and slogged all his life. It was a mission to retrace the contour of a comet that burned off in its trajectory prematurely.

Tears rolled down my uncle’s cheeks. He was elated to see a visitor from his own parivar at last. He saw his sister in me. “We’re just 27km apart, but it took a few decades,” he sighed. He kept me awake with tales marinated in decades-old nostalgia. He discussed literature, literature and literature. He behaved as if the Day of Judgment had arrived. He uncovered his life’s savings to me — a shelf full of books and magazines; his articles published in Indian newspapers; his correspondence with literati in India; unfinished research notes etc — and expressed his desire to bequeath them to me.

“You are here to see people, not places,” he told me. I agreed. I met lots of them. My cousins, their spouses, their kids, children of my paternal uncle and their children and more. I stole a few hours to visit Maheswary Road in Wellawatte where my dad had a shop. Old businesses had shuttered to make room for apartment blocks. A few hundred metres away on Galle Road, Wellawatte, a predominantly Tamil suburb, I struggled to locate the place where my paternal uncle once had a shop.

After navigational tips from a cousin on the phone to “turn left, turn right, and go straight for a few metres”, I finally ended up in a tiny
juice shop. I took instructions on the phone to order a glass of juice which I promptly did. “Relax now. You are in the former abode of your paternal uncle. Savour a serving of nostalgia,” my cousin whispered.

I have undertaken several visits since then. Today, I have more friends in Sri Lanka than in my motherland. My uncle is no more. The bonds of blood are on their last legs as none of the new-gen children seems keen to carry the torch. But my conscience is clear. I never waited for a tragedy to unfold to keep in touch with a community I love. The tears are mine when they cry today.