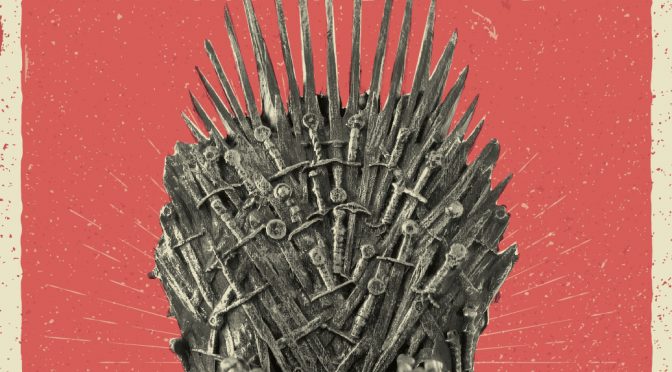 Valar Morghulis (All men must die) if you disagree

I might sound naïve and a tad dramatic to the non-believers but, Game of Thrones (GoT) is, and will always remain, a TV show that changed the landscape of modern television. Please note, there will be no spoilers from the latest season in this article.

I was 23 years old when I became a devotee to everything the show had to offer. With the exception of 2017, when makers took a year-long hiatus to create the final season, I have watched each episode with the same gusto and anticipation for eight long years. I have read the books, dove into the fan theories published on Reddit and YouTube, and even have a T-shirt that reads ‘You know nothing, Jon Snow’.

For those wondering, Game of Thrones is a show based on George R.R. Martin’s best-selling book series A Song of Ice and Fire. It was brought to screen as television network HBO sunk its considerable storytelling teeth into the medieval fantasy epic.

It’s the depiction of several powerful families — kings and queens, knights and renegades, liars and honest men — playing a deadly game for control of the Seven Kingdoms of Westeros, by claiming the Iron Throne. What’s more? There are dragons and zombies. Enough said.

GoT usually premieres one episode a week during the show’s duration. Season eight only has six episodes (as compared to season one to six which had 10 episodes each) and, with two episodes down, the next four weeks are going to signal the end of an era.

The thing is, GoT runs deeper than just fantasy escapism. It hits us on all kinds of other levels. You spend weeks, months, years getting intimately acquainted with characters, their histories, and their motivations. And before you know it, they drop dead. It’s frustrating; however, I cannot deny that the manipulation is delightful.

I began watching the show thanks to a friend. It was 2011; video streaming and smart televisions were still a thing of the future. My sister and I were binge-watching movies, thanks to a DVD shop near our apartment in RT Nagar, Bangalore, India. My former colleague and neighbour, Johnlee Varghese, came home one afternoon as though he had walked into a wall.

“Ned Stark is dead! Joffrey is King of Westeros,” he exclaimed. John rambled on about some details of the show and said, “You have to watch it.”  Though skeptical at first, I found a pirated copy (not proud) and binged on 10 episodes of season one in three-and-a-half days. For this, I will remain forever grateful to Johnlee Varghese.

I formed close bonds with friends who love the show as much as I do. And as a group, we have been able to psychoanalyse modern existential references in the show pretty successfully. One of my favourite references was when a friend suggested that the show is all about climate change. One of the central plots in the show is the invasion of the Night King and his army of the undead who are marching into Westeros from the deep North, a geography that is bitterly cold. It is said, if the Night King wins, the dead would walk on earth and the world would plunge into icy darkness forever.

Sandeep David, a friend in the hospitality industry said, “Look, the show is about kings and queens killing each other for power, while running away from the real issue — climate change.” He added, “If you draw parallels of the invasion from the Night King to ‘climate change’, then that is exactly what is happening in the real world.”

For some of us, the show is, in the simplest terms, a fight of good versus evil. Rahul Sudheer, an architect said, “We, as sentient beings, often try to associate ourselves with what is right. In life (and in dramatic cinema epics), the nice guys win in the end, so we’re all just waiting for our righteous payout.”

He added, “I’ve also spent nearly a decade following the growth progression and character arc of each character (in their respective side stories). Some people could argue that even friendships in real life don’t last that long.”

To make my case really convincing, I asked a cinematographer friend for his opinion. Vivek Menon said, “GOT is what I like to call the king of fantasies. From a filmmaker’s perspective, it is pure craftsmanship. They have maintained the tone of the entire series with the same red dominance and the sinister glow, it’s mind-blowing.”

He added, “Also, for people keen on learning VFX, the show would be the best tutorial. Although, with the technology in hand, when you look at filmmaking, you realise they went the conventional way. They stuck to the basics and old school style, which is why they retain the quality, music, costumes and set-created art decor.” Menon also said, “They have maintained what we call a ‘red keep’ while shooting, and graded in a royal palette of gold and maroon hues to maintain sharp contrast.”

All said, I’ve come across my fair share of cynics. The ones who brush the show or the books aside saying – ‘It’s too mainstream’, or ‘Only nerds watch it’. To the naysayers, I respect your opinion.

However, GoT is one of the most intelligent and nuanced shows in the world. It delivers wry humour, lyrical dialogues, and complicated moral questions, giving viewers, myself included, some serious intellectual work, which is a welcome activity these days. Coupled with the end of Marvel’s Avengers series, the coming weeks are going to be an emotional and bittersweet goodbye for many of us.

When Dhanusha is not running after her Labrador, she’s busy attempting her 100th weight loss plan