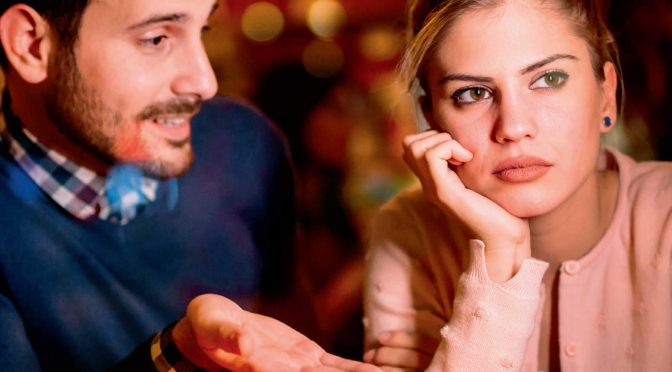 Sometimes even deep conversations trickle down to inane, meaningless monologues with people closest to you, so why would anyone want to sign up for a dinner meet-up with strangers to possibly sit in awkward silence?

What is the guarantee that a dinner table full of people you are meeting for the first time will ensure a joyful evening through conversation? None, of course, but psychology says, rather as I put it: “People who make an effort to mingle are not likely to stay single.”

A few days ago, I came across a post that read ‘Dine and Joy: Eating with Strangers.’ The invite was for an intimate vegan dinner with a smallish crowd of total strangers. The concept was for solo diners to experience good food and conversation, regardless of their age, background, nationality or occupation.

I thought about it for a while, unsure if strangers would actually make for good company, and then RSVPed the host, the young and vibrant Bhavika Bhatia, more out of curiosity and the novelty of the idea than the actual need to seek company. And, of course, I wanted to experience it first-hand to be able to narrate the experience.

Initially, I thought that the dinner was just a way for Dubai singles to hook up. So is the dinner just a smokescreen? I asked Bhavika, the brainchild behind the concept. She, in turn, smiled, looked down and showed me a couple of apps where people could hitch up in Dubai.

I thought I had my answer, but I was in for a surprise. “We all have stories to tell,” she said.

“And I thought that this is such a busy city, so what can be better than catching up on conversations and getting to know each other over food,” Bhavika added.

Moreish Café, run by the Bhatias, is a quaint little place in Oud Metha, done in a very homely style. I landed a bit late and even by the time I had settled in, the conversation among the four gentlemen on the table seemed to be dragging. However, this wasn’t for long, until five others joined us, including a newly married couple who had recently moved to the city.

The first Dine With Strangers was done on Valentine’s Day. “We had a great mix of people of all ages and from different nationalities,” says Bhavika, adding, “It was the first such meet, and I did not know what to expect so there were some awkward silences.”

How the concept works

Each diner is given a chit and asked to look at it only when they feel that it is taking an effort to keep the conversation going. The chits have a different set of questions for people on your right, left or across you.

Some of the questions listed were: What can you do today that you couldn’t do a year ago?; Describe the worst haircut you’ve ever had?; What is your favourite family tradition?, among others.

This motley group, however, did not rely on the chits as conversation starters. The chatter was, surprisingly, endless even between mouthfuls of a sumptuous Prose and Mango-themed dinner, with each one vying to tell their story from personal likes, pet peeves to work talk and serious reflection on life and philosophy.

Alan had just moved from Australia and was trying to get a feel of the city. “I am still settling in, making new friends and trying out new food,” he said, explaining the reason why he thought dining with strangers was the perfect way to get him started.

Canadian national Marie, on the other hand, is moving back to Toronto and said she will be missing Dubai immensely. “My work keeps me so busy that often I do not have time for meet-ups, so this idea really struck me… I love making new friends,” said the fitness instructor. For the young couple, the dinner was a means to make new friends.

“We just like to meet new people,” says Vijoy, an Indian national who has been in Dubai for a while.

Arun, who grew up in Dubai, told me meeting new people is a hobby. “Work keeps me busy, but whatever time I have, I like to explore and meet new people,” he said.

The evening seemed to end too soon. With a lingering taste of finger-licking food, each one of us also left with pleasant memories of the evening and foundations for a possible friendship in the future.

In her free time, Asma loves watching the sun set over a cup of green tea in her hands…