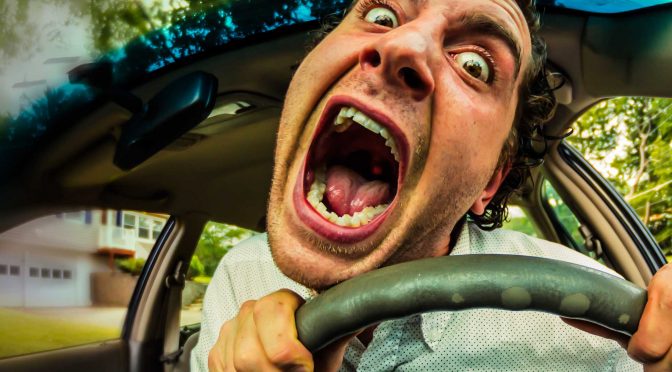 Judging from the morning radio show phone-ins and opinions we occasionally poll closer to home, the country’s road network, or conduct thereon, is a constant source of consternation.

Whether travelling on four wheels or two, the majority of survey respondents cite poor adherence to the Highway Code by fellow drivers and predictably unavoidable traffic as major contributors to the motorway blues. Who bears the brunt of the blame for disorder? Outsiders. Dubai car-users gripe about their Abu Dhabi counterparts and vice-versa; Ajman natives look suspiciously upon a Sharjah number plate and the daggers shot at those who have brought their vehicles in from abroad are often razor sharp. As a person who takes pleasure in using all the Emirates’ ribbons of asphalt, I can’t quite climb onboard the disquiet, although a bus reversing down an interchange having missed its exit never fails to elicit a shake of the head, regardless of its place of origin!

Moaning about the state of the neighbours’ commuting is, by no means, unique to this nation. Growing up in Europe, the piloting skills (or lack thereof) of those on the southern side of the English Channel were always fodder for Anglo-Saxon comedians. Head over to the Gallic side and they’d discuss the Italians’ road discipline with derision, and so on and so forth. What I’m saying is, like most issues in life, it is, a fear of the unfamiliar that fuels frequently ignorant perceptions.

So what is the answer? I think I’ve found one. Not only does it include breaking down personal barriers through experience, it involves you going on holiday. What else would you expect from this writer? Now, this is the salient point of information. Driving overseas, in many cases, requires UAE licence-holders to obtain an international permit from the Automobile and Touring Club of UAE. And believe me nothing could be easier. Shun any notions of endless queues and stamping random bits of paper. Simply head down to an ATCUAE office — in Dubai, close to the Deira Main Post Office in Hor Al Anz — with the filled out online forms, photos and fee (Dhs170 + VAT) and within a couple of minutes, you’ll be in possession of a blue passport document allowing you to legally drive in virtually any land you desire. Then it is up to you to explore your chosen destination’s thoroughfares and habits. Like any endeavour, the more varied your encounters, the more it will become clear that, deep down, our similarities far outweigh what separates us.

You’ll witness for yourself no matter where you are: nobody can endure a tailgater, most drive too fast and everyone complains about taxis. Everyone. As one of the many ‘Ferdinand Porsches’ once said: “I enjoy making things better…”

An international licence and the potential for learning it delivers definitely makes things better.

David Light is travel addict. Give him half a chance, he’s off