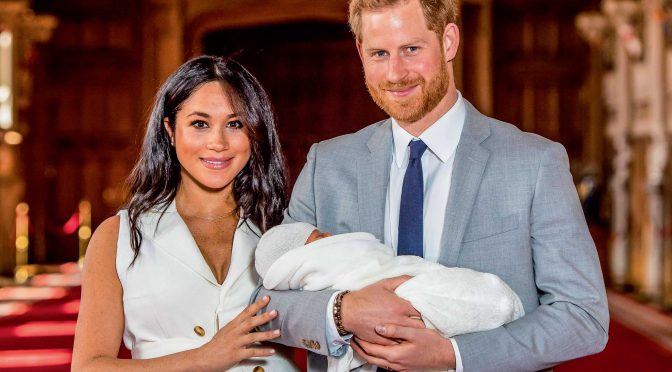 Like most eight-year-old’s, I also used to run around in a princess dress, wearing an over-the-top tiara — praying hard one day I’ll marry a prince. I desperately wanted a royal connection, be treated like a princess and own hundreds of pink and white puffy dresses.

Even though I’m not officially part of the Crown, my birthday (July 22) was declared as the day I’d be a royal in my own home and amongst my friends. It was the single day, out of those brutally ordinary 365 others, where my dream was temporarily transformed into a reality, where my plastic tiara signified actual royal powers.

By the time I turned 20, my harsh experiences of the real world had worn down my hopes and dreams of a regal life. My birthday, however, revived my princess dreams for a short while. But, of course, the universe couldn’t just idly watch as I found solace and content in my mediocre life. After all, the cosmos is designed to cause chaos anywhere it finds balance. The universe, itself, was born in the midst of a chaotic event – the Big Bang Theory, if you’re a believer.

And, on July 22, 2013, the universe showed its true nature – it shook my life. You might think I’m being melodramatic, but, it took away the only day I escaped reality. It was the day when a member of the British royal family was born – Prince George.

Son of Prince William and Kate Middleton, Prince George was trending worldwide on my 21st birthday. Of course, he’s stolen the headlines every July 22 since then, with his rosy cheeks, silky hair and utterly adorable outfits. Why does it bother me? I thought I was the only royal on that day! I couldn’t bear watching the offline and online world obsessing over an actual royal on my birthday.

But, little Georgie is old news for you, I guess, even though I live that reality each year. On May 6, 2019, another member of the British royal family was born — the son of Prince Harry and Meghan Markle, Archie. And why does that matter to me? It’s just two days after my younger sister’s birthday.

We had dedicated the entire week to celebrating my sister turning 23, but, I suppose taking away certain special days that ordinary people claim to be solely theirs is how the chaos machine finds its sustenance. How else would you think new ‘Earth-like’ planets magically keep getting discovered by Nasa? They’ve been formed by the tears of royal-wannabes like me.

On the bright side, all of this mess has helped me prepare for the future. Now that I’m turning 27 this July, I know better. I’ll escape to an island with loved ones, where there’s no WiFi, that way, I’ll be disconnected from any further royal family news. But, I know how deeply rooted the evil is within this world ­— maybe a celebrity will be holidaying on the same island, stealing my thunder once again.

Sarwat is accepting gifts for her upcoming ‘royal’ birthday