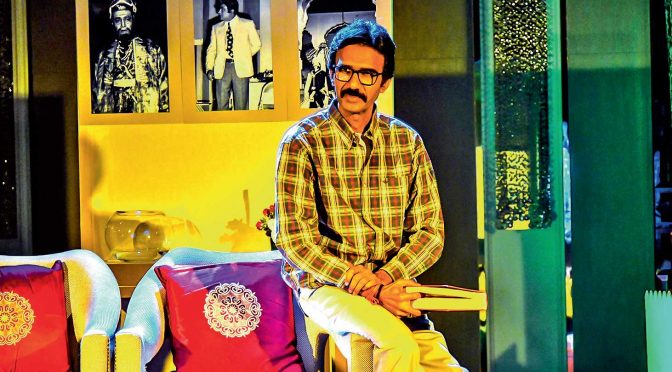 I have a favourite quote, “stories go to the heart, whilst facts go to the brain.” And the toughest stories to tell in our times are those of a father and son. Our male readers would probably agree with it. Mums and daughters, they’re generous with tears. Something that observation, stereotyping and life viewed as a larger canvas has taught many of us.

Hugs too come easily to girls and women. Fathers and sons share different dynamics. Bonding over shave cuts and match scores to their definition of love. Dads hence, live under the pressure to emote little, and sons — as a friend and a mother of a five-year-old tells me — are not quite appreciative of displays of love; harmless hugs and simple kisses included.

On a recent summer evening, when I walked in to watch Under an Oak Tree (the biographical story of theatre doyen Qadir Ali Baig and his son, Mohammad Ali Baig; written by Noor Baig), a theatrical production narrated in a storytelling format, I expected to meet a male protagonist, who speaks little and expresses scarcely. I was in for a surprise, onstage only. Mohammad (actor-director-theatre revivalist) spoke about childhood; his and ours too. He spoke of the joys from a time gone by. Of running in the fields, of eating oranges, and laughing at real jokes. Baig laughed, “Real jokes, not WhatsApp forwards!” Of the journey of self-discovery to walk into the footsteps of his father.

When a little boy, loses his father way too early, a lot is left unsaid. The tale got me thinking how we fail to open our hearts to the pain experienced by our sons, dads, grandads, and husbands. How we push our men to get medical check-ups in the garb of moustaches (Movember). How very few of our male colleagues talk about stress, depression, et al, unabashedly. Not all of us have creative tools to unearth the hidden feelings; Mohammad, a Padma Shri recipient (2014), has found one in the craft of theatre. The performance will not leave you moist-eyed. It’s not being told for the reason.  “We want to keep the traditions alive — those of families and arts,” he says. Offstage, he is one amongst us, a son. p‘Boys Don’t Cry’ is now an old adage, one that we need to fight against as strongly as we are fighting for ‘Girls Are Strong’. Here’s to sons and daughters, who have the freedom to speak the same language, without being labelled.