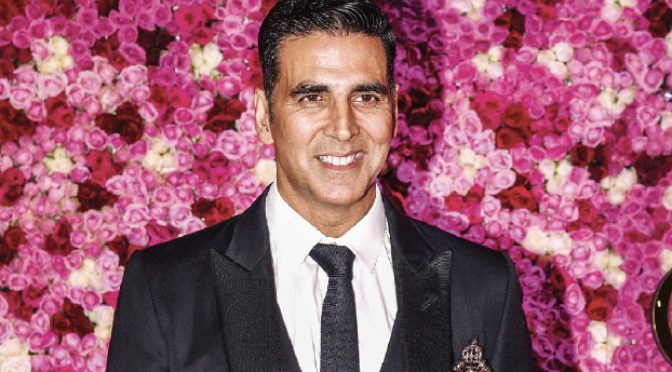 The Internet thrives on drama, and politics often does a good job of serving hysteria on a platter. The recent fodder has come by way of Bollywood actor Akshay Kumar’s interview with Indian prime minister Narendra Modi right in the middle of what is believed to be a decisive election. To be fair, the actor, right at the outset, spells out that this will be an apolitical interview right before asking him if he eats mangoes (to which the PM gently responds that since he hails from Gujarat where the aam ras is practically a delicacy, yeah, he does eat mangoes). In the simpler, pre-Internet times, the interview would have been watched and reviewed in drawing rooms. Today, it has become a matter that looks less likely to rest in peace.

In the days after the interview was aired about two weeks ago, there has been a thorough clinical dissection of every question and answer. One of its unwarranted outcomes has been the spotlight on Akshay Kumar’s citizenship. How is a man, who is not even an Indian citizen, preaching nationalism to tens of thousands of Indians through his movies? What even made him an ideal candidate to interview the prime minister? As the murmurs became a talking point on Twitter, Kumar — who ordinarily refrains from making pointed comments — issued a statement on his citizenship, declaring he has always been honest about it and that he lives and (duly) pays his taxes in India. In short, what of our daddy goes?

Personally, I did find it a legit statement, even though it has not been retweeted thousand times over to mock Kumar. Come to think of it, is the onus of making movies with certain political leanings only on actors who are certified Indian citizens? Why do we — the liberal audiences — get jittery when our celebrities choose political positions that do not align with ours? The part that remains most problematic to me is that if the Indian Right’s claims to a certain notion of patriotism is based on exclusion of contrarian views, how is the Left doing itself any favour by invoking that very premise to discredit voices at the opposite end. Isn’t it as rigid a way of dictating who should or should not have a stake in the idea of India? Some of the top journalists and even social workers who push the boundaries of the society are not necessarily Indian citizens on paper. Does it snatch their legitimacy to understand and tell the truth the way they see it?

I wasn’t exactly bowled over by Kumar’s interview. My problem wasn’t that it was an apolitical interview, but that within that scope it could have been a much smarter interaction, given that the subject himself is known to be an eloquent orator. What one was left with was a simple, and simplistic, exchange of pleasantries. However, it would have helped if the criticism revolved around Kumar’s interview. Instead Kumar now stands the trial by Twitter where he must prove how much he loves his India despite the Canadian passport. Whoever said reason dies at the altar of 280 characters… you were probably right.