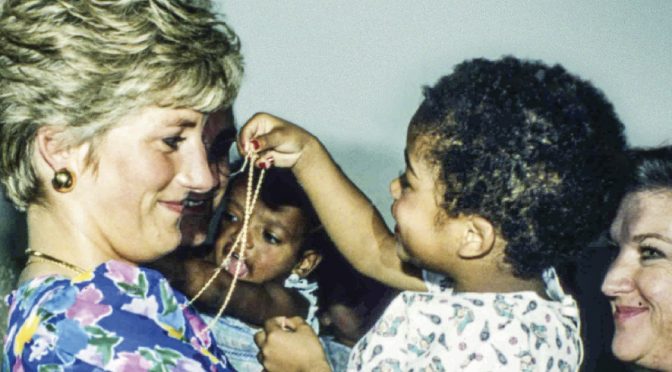 I always adored Princess Diana. In fact, Prince Charles and yours truly fell in love with Lady Di almost at the same time. Such beauty and grace; she took the British monarchy to the common man with her tireless philanthropic work across the world, earning for herself the nickname the People’s Princess. She changed the world’s perception about HIV/Aids by shaking hands with patients without wearing a glove. At that time, Aids patients were considered untouchables, as the international community was still debating how the disease transmitted.

I was reminded last week of the princess’ courage and compassion after reading that over 600 people have been tested positive in a village in Pakistan’s Sindh province, allegedly infected by a doctor using a contaminated syringe. I have since been sleepless, haunted by the predicament of a village that has to forever live in the shadows of death. I am forced to reminisce the hell of a night when I nearly died of Aids phobia.

It was a pleasant November night. National Highway 17, which cuts through the serenity of my hometown in India, was pitch-black past midnight. As was the habit acquired during decades of living outside India, I drove slowly using dipped headlights. The climax of the movie I had just watched with my sister and wife still pulsated in my brain.

“It’s so dark. Why don’t you switch on the beam?” Wifey sounded uncomfortable. Human reflexes kicked in just in time. Had I not switched on high beam, I would have ploughed into a crowd that had gathered 50 metres away in the middle of the highway. I pulled over on the shoulders and asked around to know what’s going on.

“Looks like an accident,” said someone who walked off dispassionately. As I pushed my way through the crowd, a desperate scream for help rose over the hubbub. I finally made it to the centre of the circle where a young man, bleeding and hardly able to stand on his feet, begged to the crowd to help his friend who lay in a pool of blood by the side of a mangled motor bike. A speeding passenger bus had knocked them down and mauled the pillion rider, who groaned in such a way that there’s hardly any life left in his body.

Tears mixed with blood as the young driver squatted on the road, sobbing and pleading for help. “Please take my friend to hospital. He is dying.”

No one moved. No amount of wailing was good enough to touch them. People stood as if they were at a funeral — a funeral of two living humans. Two lives were at the mercy of a couple of Good Samaritans. In the torchlight the moviegoers flashed, the young man’s eyes eventually crossed mine. They begged for mercy. “Somebody, please lend a hand,” I shouted as I moved to lift the boy. Two others joined me to move him to the back of my rented car. As I rested his head on the rear seat, his body gave a sudden jerk. As if the soul had slammed the door in his face.

I left my family by the wayside in the company of darkness and rushed the victims to a nearby hospital. I sat on a wooden bench outside the ICU, my body shaking with fear, and heart and lips quivering with prayers. My clothes and hands were smeared with blood.

“The badly-wounded guy was brought dead,” said a doctor who came out after half-an-hour. It was nearly 3am when I finished hospital formalities and reached home.

With just a day left to return the car before I travelled back to Singapore, I had no time to waste. The fabric in the rear seat had turned red. There was blood smear everywhere — in the front, back, on the roof and on the sides. Pieces of human flesh littered the seats and floor. The smell of death permeated the air. I scattered washing powder and started to scrub the interior, at which point I realised I have an open wound on a finger.

I started to sweat as Aids phobia enveloped me. What if the deceased had Aids? Wasn’t it possible to contract the disease through the blood that might have come in touch with my open wound? I was growing paranoid by the second. I emptied an ocean of Dettol and perfumes on my body. I was reminded of Lady Macbeth’s unfeigned observation: “Here’s the smell of the blood still. All the perfumes of Arabia will not sweeten this little hand.”

At the crack of dawn, I summoned my domestic help, who looked in to the car and wondered, “did you murder someone?”

“It was an accident,” I said calmly.

“Shut up. I transported an accident victim to hospital.”

“Listen, if you are thinking about getting me to take the car for shampooing, forget it. They will summon the cops.”

“I will come with you to explain to the guys.”

Done and dusted by mid-morning, I went back to sleep. As an army of viruses chased me down the highway of paranoia, a svelte lady sitting in the passenger seat hissed to me, “Speed up. Never stop. Watch out for tunnels and pillars. Pont de l’Alma is still my memories.”

Having said that, the angelic figure reached out to touch my hand. A cold touch with her sylphlike fingers. She wasn’t wearing a glove.