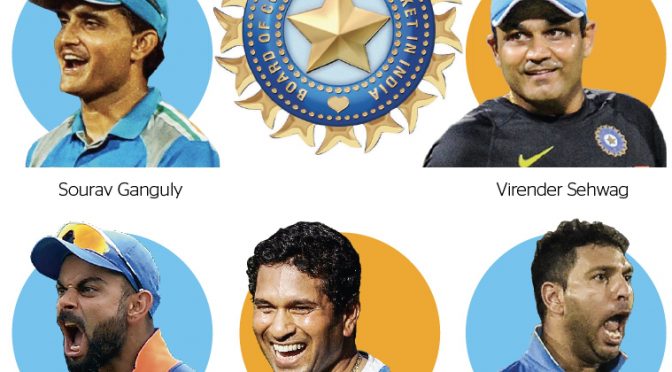 As cricket’s self-anointed ‘World Cup’ involving all of nine countries and a clutch of Caribbean island-nations comes rolling to 10 cities around England and Wales this summer, I realise I might just be completing a decade without cricket, an era of having not given two hoots about the gentleman’s game.

Call it becoming rogue or unbecoming of a fan, turning hostile or being cricket sceptic or what you will, but I am glad I couldn’t care less about a game I once cherished, chased, loved, desired, obsessed and was once ready to take on the world for.

As a former sports broadcast journalist, I have even covered a fair bit of cricket around the world, while absorbing every moment of it — from watching Makhaya Ntini snare Ricky Ponting’s off-stump in Johannesburg with a beauty to paying obeisance to Clyde Walcott, Frank Worrel and Everton Weekes — the legendary 3Ws of West Indies cricket at their permanent resting place in Barbados. Yet somewhere, somehow, cricket just died in me one day. Blame it on the amazing alacrity of mushrooming regional T20 leagues or the uppity of certain cash-rich cricket bodies that run the game as their own fief, cricket, for me, just lost its shine and spunk, and everything in between along the way.

So much so that I have today expunged cricket completely out of my system — to an extent that if I were to bump into a cricket team, not least Team India, somewhere now, I wouldn’t recognise more than half of them, barring of course, a Kohli or a Dhoni. And that got me real concerned this week: Has cricket really undergone an overhaul since our ‘divorce’ and I missed all of that since cricket left me? The best way to know it for sure I thought was by picking an all-time dream India ODI team to see if it stands the test of time. So here goes the little experiment.

Opening the innings and taking first strike for me would be Sourav Ganguly, who besides being from my neck of the woods in Kolkata, still remains one of India’s most successful captains, a true legend who transformed India’s image abroad forever and the greatest Indian left-hander to have graced the game. Standing in at the opposite end would be none other than the indomitable Virender Sehwag, who redefined every coaching manual with zero footwork, brute aggression and exquisite strokeplay while finishing with an incredible 100-plus strike rate –— one of the only two players in history to have done so in over 250 matches.

In the world of art, Tendulkar is the Gaguin whose work influenced the many modern legends including Picasso, not just the greatest of his generation but also the most prolific with an estimated 50,000 artwork during his lifetime. By the time Kohli finishes, he may just be the most prolific run scorer ever.

Since no batsman can follow suit, number five opens up for Yuvraj Singh, whose superciliousness and swagger off the pitch matched his batting on it, making him one of India’s finest utility all-rounders in the 50 overs game. And who is to disregard his sneaky left-arm spin that got him 15 wickets and the MVP honour in the 2011 World Cup.

If Yuvi ever needed company to close a game at the death, there’s no one better than Mahendra Singh Dhoni, also the team’s wicket-keeper and its master tactician, if they needed one.

Such is the depth in this line up that Kapil Dev, India’s greatest all-rounder, only finds his place at No.7 and he does so just on the merit of that one fairy tale knock of 175 not out against Zimbabwe in the 1983 World Cup (after half the team had been packed off for just 17 runs on the board). If there’s a man who could do it again, then that’s him. In at eight, would be Irfan Pathan, Kapil’s understudy and a genuine bowling all-rounder who, at his peak, was impeccable with his left-arm swing bowling, picking up 173 career wickets at an average of just under 30. And boy, he could swing the bat too.

In at nine, comes Anil Kumble, who perhaps didn’t turn the ball as much as Warne or Muralitharan, two of his greatest contemporaries, but his change of pace and bounce, let alone his near 1,000 career wickets, make him one of the three greatest spinners in cricket’s history. While 10 and 11, undisputedly belongs to India’s two best pacers of all time — Javagal Srinath and Zaheer Khan — who together combined for close to 600 wickets in ODIs.

So did I really miss much? If you could point a better team than this, then perhaps I did. But with just two from the current squad in my all-time XI and both from the era when I was still watching some cricket, I would imagine, I just slept through a time warp. And has the cricketing landscape seen any tectonic change since? You bet except that it’s got more commercial, more lopsided, more concentrated, more Asian, more skewed while a few big guys got richer and more vainglorious. So much for (to use an infamous Matthew Hayden jibe) #TheThirdWorldCup #Thesubcontinentalcup but who cares? The World Cup had 10 teams in 1992. Twenty-seven years on, 10 is still the number with all the usual suspects in tow.

Abhishek loves Arsenal, egg rolls and can break the ice in 25 languages