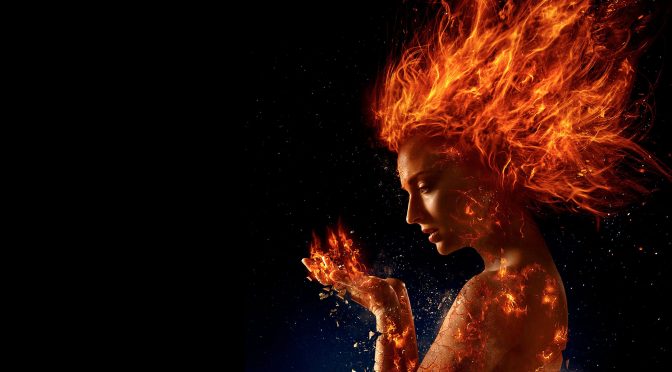 It started off with a twitch and soon developed into full fledged fidgeting. My fingers, left idle, didn’t know what to do. There was no escaping the fact I was exhibiting severe withdrawal symptoms. It all began quite innocuously enough as I stepped into VOX Cinemas at MoE recently for a sneak peek into my all-time favourite superhero movie – X Men: Dark Phoenix.

As my friends and colleagues would aver, I am not the superhero movie type of person — one of them even threatened to break all ties with me when I mistook Thanos for Thor or vice versa in Avengers: Endgame (insert rolling eye emoji here). But there’s something about the Mutants, I vicariously enjoy ever since Hugh Jackman, as Wolverine, snarled his way into my world during one of those remote-fiddling days when I chanced upon an X-Men movie. As they say it was a serendipitous love story!
At the cinemas, when asked quite politely to hand over my mobile phone, in the off chance that I might be planning to leak some scenes from the exclusive screening online, my first reaction was: What??? Why would some stranger ask for the closest thing to my heart, and expect that I would turn it over without a murmur? It’s akin to asking a child to part with his most favourite toy!

So I set off despondently to the theatre leaving my phone in a ziplock outside. What if someone stole my phone??? Though judging by the state of my mobile, I’m sure even the most hard-on-times thief would shy away from my weather beaten contraption.

Fifteen minutes later, after a lot of twitching and fiddling from every single person in that theatre, the screen finally came alive with select clips of Dark Phoenix and jut like that, the magic of cinema took over.

I’m not allowed to give off much about the Marvel movie (out in UAE on June 5), that marks the final instalment of the X-Men series. If you have been missing Sansa Stark from Game of Thrones, here’s your chance to catch Sophie Turner in a totally new avatar, as Jean Grey, an X-Men member gone rogue after a space mission messes with her head and she turns more powerful than the group.

Banished from the Mutant gang, she seeks vengeance. The X-Men probably never heard the adage, Hell Hath no fury like a Woman Scorned. On a deeper level, Dark Phoenix raises issues of team dynamics; what happens when a team member develops powers that threaten the very existence of the group? As a team leader should your focus be on protecting the ‘outlier’ or sacrifice him/her for the greater good of the group?

Our favourite dialogue has to be JLaw’s character Raven aka Mystique’s jibe at Mission Controller Charles Xavier/Professor X that at the rate at which women are rescuing men (in the film) very soon X-Men will have to change their name! Michael Fassbender as Magneto is magnificent in the scenes where he goes up against Dark Phoenix. But our eyes are firmly set on Turner, whose Jean Grey goes from vulnerable girl to a badass Phoenix with such finesse we end up rooting for her. Even makes us wonder how GoT would have fared with some mutants thrown in.

Reunited with my mobile at the end of the screening, I still refuse to believe I didn’t have a single missed call!

In a world beset by superheroes, Ambica is happy to tuck her cape in and pretend to be ‘ordinary’.