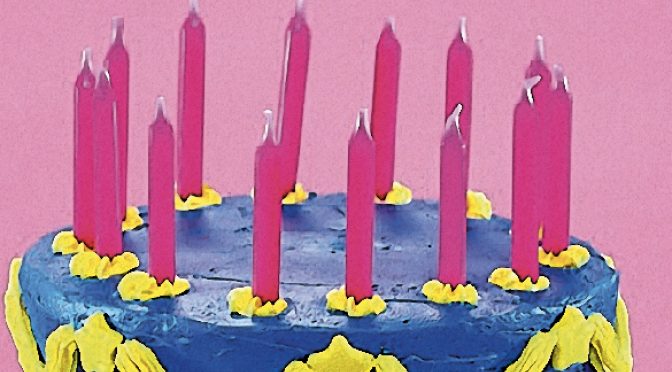 When life throws a curveball at me, I like to go to the kitchen and bake my woes away. Everybody has the right to be miserable once in a while, and I like to be miserable with a large cup of coffee and an even larger slice of gooey chocolate cake.

When people ask me how I got into baking, I tell them that it was thanks to the influence of two factors. The first had to do with watching lots and lots of Disney movies. Now I don’t know about you folks, but as a kid I had dreams of one day eating all the treats that were shown in movies such as Snow White, Beauty and the Beast and Alice in Wonderland. Disney has a way of making even the simplest of pastry into a work of art — delicious, delectable and delightful art. Watching Snow White make a gooseberry pie for Grumpy with the aid of her forest friends and Belle try everything from a cheese soufflé to the grey stuff (yes, I have heard that it is delicious, but we need to ask the dishes) made you want to pop into a kitchen and experiment with the oven. And don’t even get me started on the colourful shortbread cookies that Alice helps herself to in Wonderland.

However, the crowning glory of all those movie moments had to be the fairy birthday cake in Sleeping Beauty. The movie has long held a special place in my heart, and the scene where the green fairy, Fauna, decides to go all-out in creating a birthday cake for Princess Aurora is a particular highlight. Armed with an ancient cook book, a mountain of mixing bowls and boundless enthusiasm, Fauna declares that she is going to make a birthday cake with 15 layers and pink and blue forget-me-nots.

The first attempt brings less-than-stellar results — to be fair, she was doing everything without her magic wand — and the cake ends up being a monstrous drippy creation that requires a broom to prop it upright. The second and final attempt, now with the unrestricted use of magic, brings about nothing less than perfection — a four-tier masterpiece in blues and violets. I remember telling my dad to get me a blue birthday cake for my eighth birthday; pretty sure he knew exactly why I wanted it.

As lovely as all those treats looked in the movies, I never really thought about trying to recreate any of them — until a class assignment in fourth grade required us to bake a carrot cake. This is where the second factor that finally unleashed my inner baker came in. Watching my mum mix together the ingredients for a soft vanilla sponge and then make a sticky carrot jam for the topping was nothing short of real-life magic.

Looking at how calm and at ease she was, you would never have realised that this was the first time that she had ever baked a cake. I even remember her insisting on using red carrots for the jam topping because they were sweeter and had a prettier natural red colour. She even used a handful of peeled almonds to make a charming sunshine pattern on the top. The rest, as they say, was history; after all, if mum could do it, then there was really nothing stopping me now, was there?