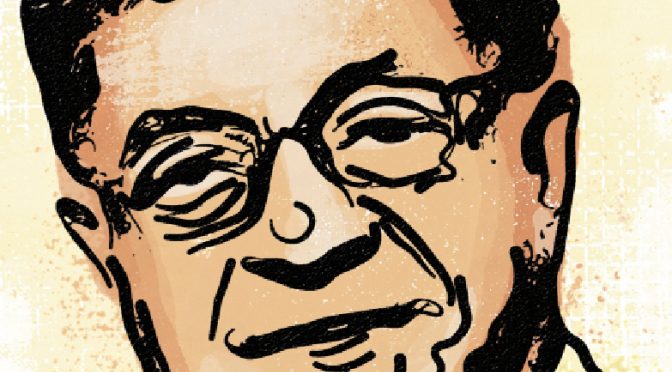 Better late than never. By now every newspaper and website, blog and social media channel have googled enough information about the sad demise of actor Girish Karnad, who was 81, due to a lingering illness.

No, I do not intend to write an obituary, nor would I want to mourn his passing; death is just a separation of existence. People whom you love anyway dwell in your heart and nothing can separate you from them, not even those you choose to love.

My admiration for Karnad began when I was still in school, discovering him in our black-and-white TV at our home in Ghatkopar, Mumbai, where we lived in a chawl named Bachibai Wadi, which had mix of Gujarati- and Kutchi-speaking neighbours too.

While the family was busy watching Manthan in 1976, where Karnad was cast opposite powerhouse actress Smita Patil, I was busy admiring the charming Karnad. Why? Firstly, he happened to speak in Kannada, which was part of my roots but I reluctantly wanted to accept. Secondly, he spoke in Marathi too; again, my mother was raised in Dadar, Mumbai, and hence I was raised in a family who spoke predominantly Marathi. I had the extra privilege to be raised among Gujarati and Kutchi people too, which made me feel strongly attached to Karnad after watching Manthan.

When your favourite actor/actress speaks your mother tongue, it carries great value and you tend to relate to them. I started relating to Karnad more after watching him in 1982’s Umbartha, a Marathi film.

As I grew up, I managed to watch a couple of his other hits under Doordarshan’s late-night movie segment and on Sunday afternoons during the regional movies slot. Just to name few of Karnad’s movies: Samskara (1970), Vamsha Vriksha (1971) and Nishaant (1975) — the list is endless.

I idolised Karnad in my youth and — to be honest — until today. I sheerly delight in switching on to any Karnad movies to get my dose of intellectual or quality acting. Karnad was gifted to spread his charm as his character unfolded in his movies, even in theatre. Also watching Karnad in the very popular and famous 1987 series Malgudi Days was a delight and I mean it even today. Anyone still remember the popular tana na tana na na? Karnad did act in many Hindi commercial movies. And it was such a joy to see him in Salman Khan movies in recent years.

The popular tracks that will always remain close to my heart are Sunya Sunya meifhilit maajya from Umbartha and Jeet Jayenge hum sung by Nitin Mukesh in Meri Jung.

The movie saga goes on and so does my love for Girish Karnad. No, I will not say ‘RIP Karnad’, because I don’t want to believe he’s gone; he has moved on from my black-and-white TV and has come closer to my heart and will remain just a click away. YouTube, here I come!