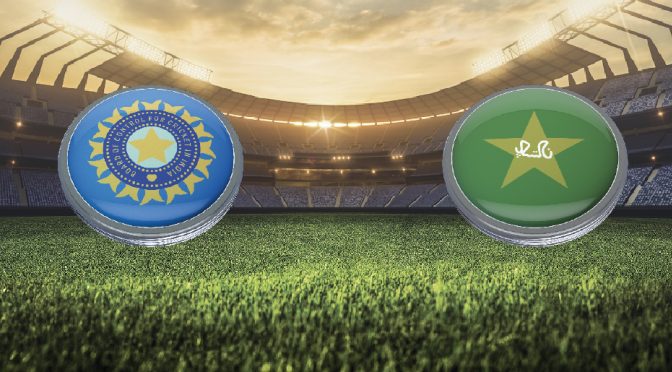 Men, as I was made to believe, can live contentedly, with just a few pair of trousers, two shirts (white and blue), and a single pair of shoes. Of course, new-age men may boast drawers full of many pair of socks as well to match up with the well-paired trousers-shirts combo. The man I married is not new-age; we’re both ageing and I’d like to think with grace. Of course, I expected his wardrobe to be skeletal as well. I was right, but only partly.

It was the year 2015, our first ICC World Cup together as a couple. Just another series of matches, I thought to myself, often even joking that cricket to men (especially the Indian Premier League) is what once upon time soap operas were to women. Men shriek during matches, whilst women sob during the shows, the outcomes giving way to emotional situations. I’d heard stories (multiple times ever since) about 2011 when India brought home the cup. Also, I’d happily made space on my bookshelves for the many, many autobiographies of cricketers I knew little about it. In short, the game was on.

The googly in this marital situation was the cricket-specific wardrobe. Slumbering quietly in a suitcase (soon to be shifted to the bottom shelf of our wardrobe) were a ‘few’ World Cup jerseys. They were brought out in 2015 to be religiously worn each time our men were on the ground. The collection was made up of a navy blue one with the team’s name stitched out in the middle and the player’s name on the back (1992, the first time we wore colour), another with a lighter shade of blue with a sprinkling of yellow (1996), yet another in a darker shade with the tri-colour painted diagonally on it (2003), and others. And here I thought men were colour-blind. Fun fact: The coloured jerseys were introduced in 1985, yet the 1987 World Cup was played in whites.

At some time, between then and now, the rationale behind the purchase was explained to me; they’re made of sweat-resistant material — ideal for gym wear. Yes, of course. “It serves more than one purpose.” Yes, of course.

Come 2019, an order was placed in advance on an Indian online portal for, well, the jersey, which now bears a combination of both a lighter and a darker shade of blue, with two short diagonal orange stripes on either side. The collar has gone orange. Thankfully, it reached us way ahead of time. I dared to put forward the question — why is collecting the jerseys such an obsession? Psst: Especially because you want to wear only the latest! What would Marie Kondo think of you? Of course, I never got a reply. However, I was made aware of the fun fact — turn the shirt inside-out and you’ll come across the coordinates (printed) of the host country when India brought home the cup! Now, you need to own this one. Yes, of course.

As India gets ready to play the big match tomorrow (against Pakistan), I prep to run another round of laundry. Yes, the downside is our washing machine works overtime during the tournament. The upside is that the shirts get to see the sunlight, until they return to the spot, neatly folded and ironed.

With that, theirs (jerseys) and husband’s wait starts. Another four years. The worry — the Indian team may sport an alternate orange jersey in their match against England. The hope — please, please don’t let it go up for sale.

PS: If you ever wish to conduct research on how India’s World Cup jersey has evolved over the years, drop by at our home.