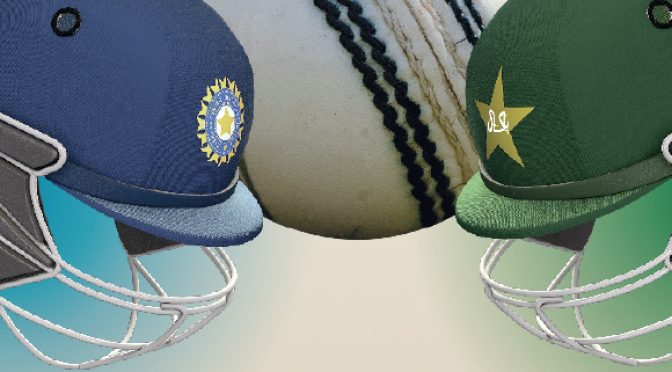 “How did that happen?” That is the first question I’m asked when people find out that I’m half-Indian, half-Pakistani (well, my father is from India, and mother from Pakistan). For some, it’s hard to digest that love can blossom between people from rival countries. Even though India and Pakistan have a history of political conflicts, the two communities mingle quite happily in the UAE.

I have met so many Indians and Pakistanis across the region, who get along so well with each other. Even though Indian-Pakistani marriages aren’t exactly a new phenomenon, I still receive a lot of raised eyebrows from whoever I meet (just ask this page’s editor). Either people bombard me with questions or are left in absolute awe, until I have to wave my hand in front of their face to bring them back to reality.

There are a lot of things Indians and Pakistanis can’t wait for, like food at weddings, or the next episode of a hit Indian/Pakistani drama. But if there’s one event that remains widely anticipated, it’s the cricket match between the two nations. It’s not just a match; it’s a phenomenon in itself —and everyone knows that.

When such matches take place, both sides tend to get fiercely patriotic, and the competition makes the stadium livelier, thereby also raising the bar of the game. But for people like me, who have roots in both countries, it gets a little crazy. Why? Well, you have certain expectations from both sides of the family to “support your team”.

My cousins in India, who call me once a year to wish me happy birthday, do make sure to message me on the day of the match to check which side I am rooting for.

“Wow, you’re planning to side with your other cousins, aren’t you? How can you call yourself a true Hindustani?!” they ask.

My Pakistani cousins do make sure they get the update too.

And I find myself stuck in a tug-of-war between my cousins from both sides. On the day of the match, it gets much crazier. We have a ‘Family’ WhatsApp group with members from both sides. How has no one exited the group chat until today, you may ask? Believe me, I’m still trying to figure that out myself. The quiet family group that no one usually talks much on (except forward a whole lot of content related to don’t-eat-this-or-you-might-get-cancer and copy-pasted birthday messages) is exploding with messages, memes and non-stop jokes from everyone on the day.

I find it hilarious that for a single day, the young and the old, the aunties, uncles, teenagers — everyone — on that family group tease each other, give constant match updates, throw in some sugarcoated words so that the indirect attacks don’t seem too harsh, send countless messages of “oh we won by the way”. The hype may last for a few days on social media, but it dies down and before you know it, both families are making plans to meet and catch up. And no matter what, we all always have a really good time together.

As the two teams prepare for a clash tomorrow, I am gearing myself up for the “ultimate contest” — on the field as well as on my family WhatsApp group.

Sukayna is an intern at WKND, so she doesn’t have that coveted KT e-mail ID. She is a bibliophile and cinephile