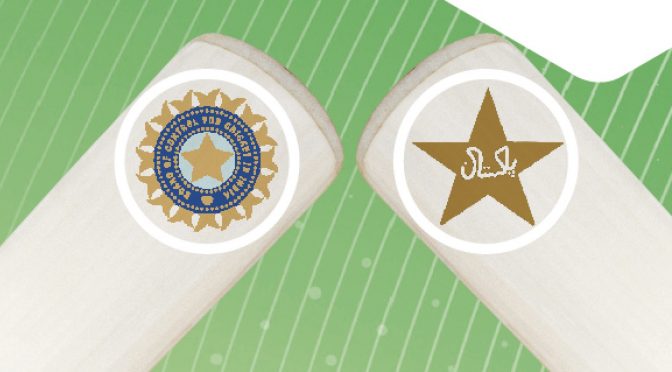 A scoreline of 212/6 vs 336/5 doesn’t even begin to do justice to the hype created for an India-Pakistan encounter on the cricketing field. And this was during the ICC Cricket World Cup, the quadrennial contest for cricket’s most celebrated title. What a washout! It was pegged as the clash of the Cup and even rain gods relented (save for the fact that Pakistan’s innings was truncated by 10 overs and the target was revised down by 35-odd runs). But even ardent admirers of Pakistan cricket will concede that the 11 Men in Green on the ground were no real match for the Clinical 11 from India.

So that was that. But as every cricket fan knows, an India-Pakistan clash is never settled by the men on the ground alone — there’s always a spin, the X factor. The rivalry between the neighbours runs deep and bitter, both on and off the field. And you know that isn’t just another match when the prime minister of one country issues a 5-tweet series of instructions to his team’s skipper a couple of hours before the start of the contest. If one thought that I was going overboard, one was sorely mistaken. During an India-Pakistan match, anything and everything is up for discussion, deliberation, debate, dissection and dispute — and all of that happened time around, too.

Losing skipper Sarfaraz Ahmed not paying heed to his PM’s advice came under heavy criticism from all quarters, as did the fact the wicketkeeper-captain was caught yawning behind the stumps when India resumed their batting after a rain interruption. Twitter trolls just wouldn’t let the matter die and some of the memes were simply hilarious. Things were just beginning to hot up when the match at Old Trafford ended on Sunday. Former Pakistan pacer Shoaib Akhtar went on an 11.5-minute rant against Sarfaraz’s “brainless captaincy and clueless management” on his YouTube channel -— a stinging diatribe that has been viewed some 8.7 million times in under five days. 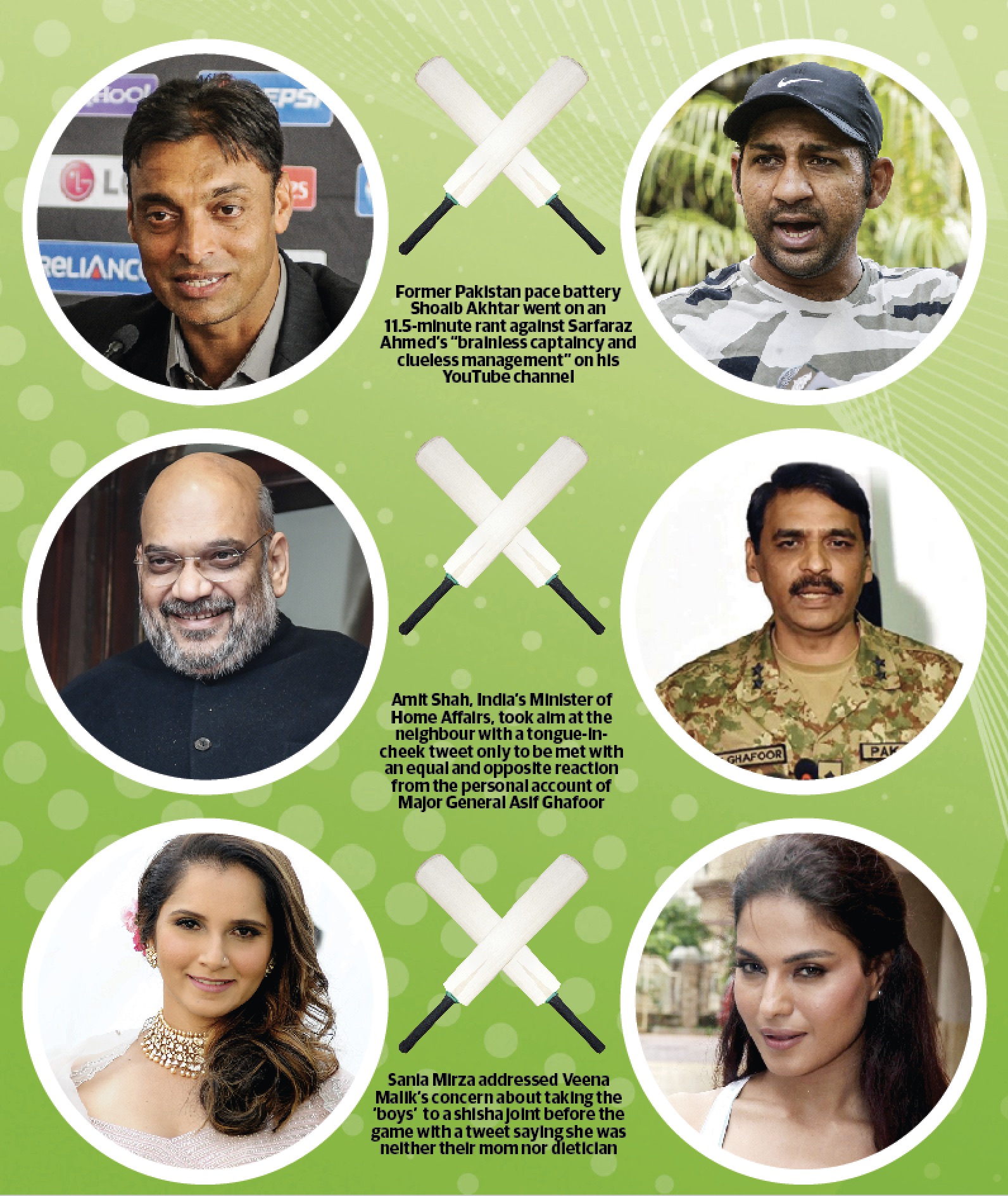 Amit Shah, India’s Minister of Home Affairs, took aim at the neighbour with a tongue-in-cheek tweet that said “Another strike on Pakistan by #TeamIndia and the result is same…” True to Newton’s third law, his tweet met an equal and opposite reaction from the personal account of Major General Asif Ghafoor, the Director-General of Inter-Services Public Relations and chief spokesperson of Pakistan Armed Forces, when he responded, “Two things with different denominators can’t be compared. So are strikes & match. If in doubt please see results of our Nowshera counter strikes & response to IAF violation on 27 Feb19 downing two Indian jets. Stay Surprised.”

But if there was a trophy for the fringe contests surrounding the India-Pak clash, it would go to the Veena Malik-Sania Mirza spat. The Pakistani actress said she was worried that Sania Mirza took her infant and the ‘boys’ (referring to Mirza’s husband and Pakistan cricketer Shoaib Malik and a couple of other playing team members) to a shisha joint the night before the game. You should check it out in its full glory on Twitter if you haven’t.

A loss against your arch-rival is never taken kindly by cricket-crazy fans from either side of the Line of Control, but these surgical strikes via social media are now giving the rivalry a whole new dimension— something that is relegating cricket to the back foot.