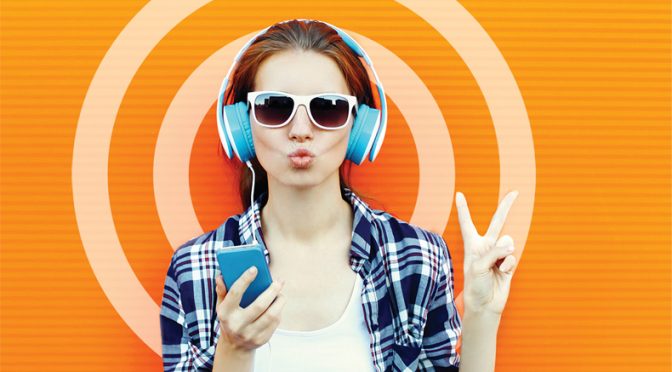 If you spot anyone with earphones on and staring blankly into space, with not even a faint sound of music emanating from their earpiece, don’t immediately assume they’re depressed or withdrawn from the world. They could possibly be listening to podcasts.
It’s a lesson I learned last month when I asked my younger sister why she always had her AirPods plugged in and was zoned out.
“What you doing?” I had asked on a quiet Friday morning.

No response. Not even an acknowledgment of my existence. A simple nod would’ve sufficed!
Two weeks later, I saw tears rolling down her cheeks, with earphones still jammed into her ears, of course.
“What happened?” I dared to communicate again, fighting the fear of being ignored once more.
She turned to me. “Leave me alone, I’m listening to a podcast about Adnan Syed,” the brat replied, automatically assuming I’d know who Mr. Adnan-the-attention-stealer was.

So, I did what any reasonable human being would do. I went straight to the most reliable source and holder of answers to all of the universe’s problems – Google. Two minutes later, I had a PhD on Adnan. There’s a very popular podcast series on him, which covers his story of how he was jailed in 2000 for murdering his high school girlfriend, Hae Min Lee. It’s an emotional one as the lawyer in the podcast discloses all of the wrongful convictions in his case. Now, HBO is releasing a documentary series on Adnan.

That’s when I started to understand just how popular podcasts had really gotten. They’ve picked up in popularity in the past several years, but I was too stuck in my own ways (thanks, laptop, and television) to make that switch.

There are radios in the car, why would anyone sit at home or at work and listen to hours-long worth of audio on their phone/computer, without any visuals?

Out of curiosity and because of my stage 4 FOMO, I went on YouTube and typed ‘popular podcast’. The results? An endless list of YouTubers doing podcasts on camera, some are doing it while lying on their beds while others only upload the audio.
I spent the next 20 minutes listening to some random YouTuber talk about his “funny childhood memories”.
I had mixed feelings about it. A) My old soul and freakish grandma-like personality thought podcasts were a complete joke. B) Maybe the next one will be better? C) I actually would find these entertaining while in the car.

Two days later, I transformed into the person I was complaining about at the beginning of this article. Earphones plugged in, staring into space and zoned out of the real world – I was listening to podcasts as a form of enjoyment.

Media is almost like fashion trends – the weirdest ones always come back. First, it was newspapers, then talk radio (pretty much like podcasts), television, computers, laptops, iPhones and now podcasts.

I’m assuming the next trend will be listening/watching interesting stories by holograms. You heard it from me first.

Sarwat only listens to podcasts that make her laugh.