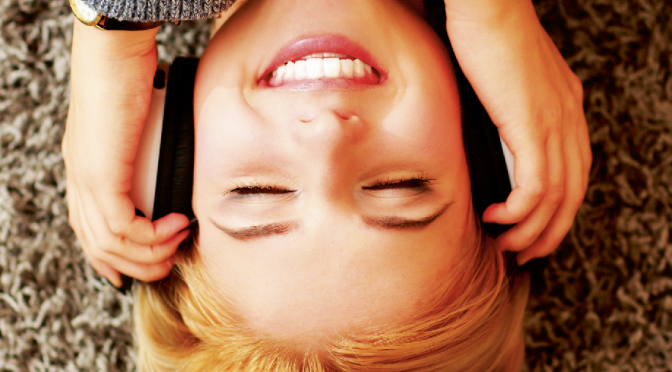 I have learned to ignore the moods of my foolish soul as it often oscillates like a pendulum between my body and my spirit and tends to find solace in soothing music, and foot tapping beats. The sound of instruments and heart-touching lyrics stir our moods. To think of it, there is a song for every mood, but what you choose to keep yourself in high spirits is a point to ponder on.

At 45, my musical tastes are wide and varied. So, my playlist includes classical music, ghazals, Hindi songs from the 1960s onwards, Marathi songs, and of course listening to English pop from the 1980s-1990s. And why is English music a trend? Because when I was in school, and later in college, it was sacrilege not to groove to the likes of George Michael, Michael Jackson, Billy Joel, Shaggy, Madonna, Boney M, Cindy Lauper and others. The list is endless.

With little pocket money at our disposal, following a trend during my youth was not easy. I recall going to the music shop with my favourite list and have them copy the hit songs for me on a cassette tape. Those days, we used to record all our music on tapes which could be erased and reused. We would play the tape endlessly until it would wear out.

These nostalgic moments are deeply rooted in my mind. They remind me of the days gone by, how we grooved to music on records and tapes, when internet was yet to encroach and take over music business.

After I graduated from college, marriage happened and with that began my exposure to gospel music, which, I must confess, makes me feel peaceful. Fast forward to today, I have three kids at home. They often see me swinging to peppy music by Sérgio Mendes, Shakira, Spice Girls, Vengaboys or listening to hardcore gospel music like Don Moen, Paul Wilbur, Michael W. Smith and sometimes even Hebrew gospel stuff.

One fine day, the kids were lazying around with their friends at home. Now, whenever I am in the kitchen, I usually play music while cooking, mainly because it makes labour intensive chores easy to go through.

As I blasted Shaggy’s Hey Sexy Lady, and Madonna’s La Isla Bonita on my kitchen Bluetooth speaker, I could see the kids sneaking in to get a glimpse of me grooving to music.

But something happened I swapped the playlist to play Ed Sheeran’s Shape of You. INow, this did not go down well with the kids, after all Sheeran is their kind of stuff and I didn’t have the right to encroach on their territory. Older people like me are not supposed to listen to music meant for Generation Z.

“What is wrong with you, why are you listening to these songs?”quipped my elder offspring.

For them, I didn’t have the right to distort the perfect mother image by playing ‘their kind of music’. I was supposed to have a dignified image and listen to gospel music, surely not Ed Sheeran, especially if their friends were at home.

They may be right in their own ‘little’ world, but that doesn’t work for me. I think everyone has the right to listen to the music their heart seeks. Why allow it be influenced by anyone else’s choice? It is your life, listen to songs that make you smile, why worry what others are listening to or telling you to tune into.

My message to them would be, “I will groove to music I like, you are free to shut your ears.”