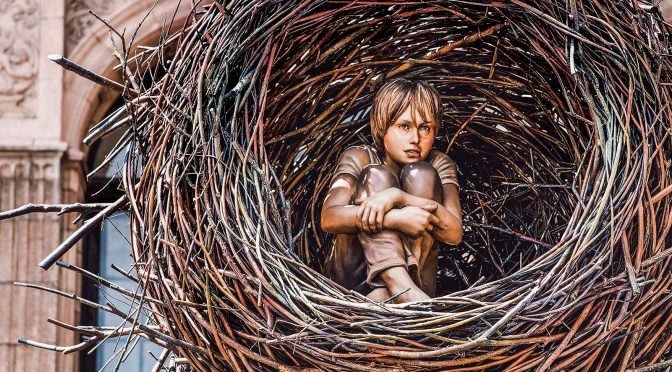 Come July 31, our favourite boy wizard will be celebrating yet another birthday. But it’s probably high time we stop referencing Harry Potter as a ‘boy’ wizard; if he was indeed 12 years old in 1992 (mentioned in The Chamber of Secrets when he celebrated the deathday anniversary of Nearly Headless Nick) then the protagonist in J.K. Rowling’s magical series is — wait for it — turning 39 this year.

In fact, this might be one of the biggest factors that distinguishes ‘the boy who lived’ from other fictional characters and endears him to a generation — the fact that readers actually get to grow up with him. Other than the seven best-selling books that capture his teen years, fans can also catch a glimpse of adult Harry through Harry Potter and the Cursed Child, a stage-play set 19 years after the events of The Deathly Hallows.

Like all avid fans, I too couldn’t wait to get my hands on this script when it first released in 2016. But a script is a script, and (for me) it failed to capture the magic that the last seven novels held. There was only one solution: It was time to put my (figurative) top hat and head to the theatre.

Currently, the production takes place in just a few cities across the world and London, of course, is one of them. The Palace Theatre in the West End is currently home to the award-winning production and, as you can imagine, tickets are sold out as far as six months in advance (where are those time-turners when you need them?).

Luckily, I had very obliging brother who managed to book two seats way back in December.

Those planning to watch this, take note: It’s long. Each part runs about three hours and if you’re planning on watching both in one day, you better not make any other plans (they do give you a lovely three-hour break in between to catch a spot of lunch or a drink in any of the trendy West End eateries). But the production itself is nothing short of magical: You have actors changing form (AKA swapping places) on stage thanks to the effects of Polyjuice Potion (I still can’t figure out how they did that), and trunks being converted into the Hogwarts Express faster than you can say ‘wingardium leviosa’.

Spells and wand duels are performed through the use of wires, lasers and smoke. Great performances all around, and a special shout out to Anthony Boyle who plays Scorpius Malfoy, and had audiences laughing until the very end.  Harry Potter may not be the star of the show anymore (his son Albus takes that place) but it’s still a treat to see him alongside Ron Weasley, still as hilarious as ever, and Hermione Granger, still the stern witch we all know and love. And it’s almost sweet to see Harry embroiled in problems related to his family: Dealing with anger issues, his rebellious teenage son (this is probably karma for all his past escapades) and, more importantly, his fear of losing his loved ones.

Much like that teenage wizard, adult Harry is not perfect, loses his temper and makes horrendous mistakes… but he’s always trying to do the right thing. Perhaps that’s the reason we all love him anyway.