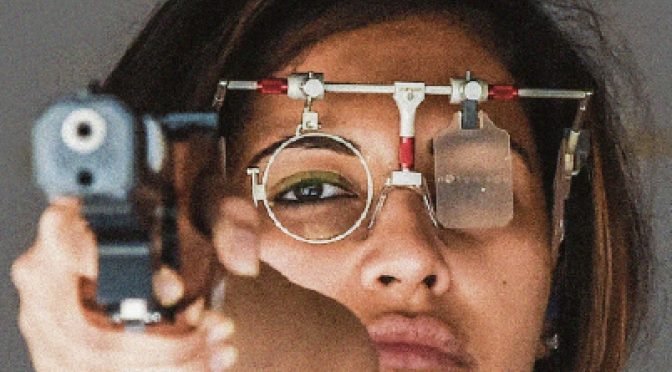 In her own words, Heena Sidhu’s love for guns began in her childhood days. It would have been a surprise if she hadn’t fallen for it having grown up in a family that was passionate about guns and shooting. But a teenage Heena never knew shooting could also be a sport because she always saw cricket on television.

Then in the summer of 2004, a certain Rajyavardhan Singh Rathore, armed with a shotgun, quenched the thirst of a billion Indians for a precious Olympic individual medal with his double trap silver in Athens.

And it inspired Heena, all of 15 then, to hit the shooting range with a pistol in hand as she began dreaming of representing India at the highest level.

Now 15 years later, two Olympic appearances, four gold medals — including a world record-breaking performance — at the World Cup and the Commonwealth Games, have not only put Heena’s name in the pantheon of great Indian shooters, but it has also played a role in making shooting a major sport in a cricket-obsessed country.

“It’s not just me, a lot of people have won medals, starting from 2004 when Rajyavardhan Singh Rathore won the Olympic silver. Then Abhinav Bindra won the gold at the 2008 Beijing Games and we got two medals at the 2012 Olympics. So, all of us have had a role in making shooting what it is today,” the former world number one told this writer.

Heena, who has been nominated for the prestigious Khel Ratna award this year, believes Bindra’s historic gold medal in the Forbidden City broke the glass ceiling.

“Rathore and Abhinav had a lot of influence on the sport because at that time, shooting was a sort of invisible sport. It was always cricket or hockey or tennis in the news,” she said.

“And when Abhinav won the gold, I understood the significance because it was India’s first Olympic individual gold in history. You know every sport can only grow when it has certain heroes. Cricket already had Sachin Tendulkar. Shooting found Abhinav Bindra.”

Heena’s own career-defining moment came at the Commonwealth Games in the sun-drenched Gold Coast last year when she ditched her favourite 10m event for the 25m and won the gold with a stunning performance.

“We started training just a few months before the Games. I was still considering myself as a beginner,” said Heena, while acknowledging that she could have never won the 25m gold if Ronak Pandit, her coach and husband, had not inspired her to push the limits.

“Ronak was quite confident and he knew that my graph was going up and my best score would came out on the day of the match.

“And he was right. In the final, I was just one point short of the world record. It was really special to win the gold with almost a world record-breaking performance. That one’s really close to my heart.”

But Heena, a professional dentist who holds the unique distinction of getting into a top college and the Indian shooting team in the same year, remained grounded when asked if she had lofty ambitions of winning an Olympic medal.

“For every athlete, the Olympic is the pinnacle of sporting excellence. Just like any other athlete, it’s also one of my biggest dreams,” she said.

“If I qualify, it’s going to be my third Olympics. But right now, I am only thinking about improving my performance, you know, concentrating on one match at a time, one shot at a time.”