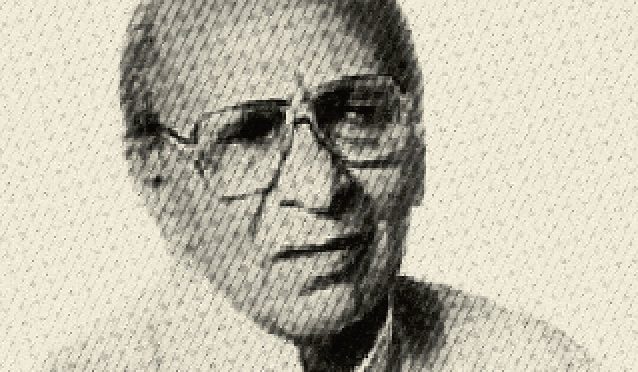 While on the way to school and back, my young intriguing mind would be invariably drawn to an ‘adult’ poster of The Deep at a cinema hall on Rajpur Road in Dehradun. There was also another poster of the Hindi movie Gharaonda (1977), which appeared staid to a seven-year-old’s eyes. However, one of its songs, Tumhe Ho Na Ho Mujhko To, was so full of zing that I often used to hum it (and still do). Sung by Runa Laila, the track holds a timeless appeal. But few know the man who scored the iconic music for it. Jaidev Verma might have won three National Awards in his career that spanned almost four decades, yet he never got his due and his name has slipped into obscurity.

It was 101 years back on this very day of August 3 that Jaidev was born in Nairobi. When the boy was sent to school in India, he travelled all by himself on a ship and regaled the audience onboard with his mouth organ. At 15, the urge to act spurred him to run away from his home in Ludhiana to B-Town. The teenager dabbled with cameos in the Wadia Film Company and later enrolled into Almora’s Music and Dance Centre, where he met sarod maestro Ustad Ali Akbar Khan.

Singing was like a passion for Jaidev, but he couldn’t pursue it due to recurring bouts of asthma. However, music ran in his veins. He then assisted music director SD Burman in films like Taxi Driver and Kala Bazaar. Burman egged him on to invent his own approach, which he did in Navketan’s Hum Dono (1961). Main Zindagi Ka Saath Nibhata Chala Gaya, Abhi Na Jao and Kabhi Khud Pe established him. However, the  rude irony of life hit him hard. Despite having recorded two songs for the Navketan hit Guide, he was kept out of the credits. It severely shattered him, but in 1972, he came up with a masterpiece Tu Chanda Main Chandni (Reshma Aur Shera), which won him his first National Award. The soothing see-saw of this song creates a magical flow that harps on ragas. The same classical bent can be felt in Tumhe Dekhti Hoon (Tumhare Liye).

It was a replay of sorts when Jaidev walked out of Ali’s next venture Umrao Jaan. Peenaz Masani, the singer he groomed, said: “The entire episode of [Jaidev] walking out of the film only reflects his principles. Everybody needs money, but to put principles above monetary gain, that’s really something.” Undaunted, Jaidev bagged a third National Award for Ankahee (1985).

Despite the awards, Jaidev was never keen on joining the club of commercially popular music directors. As a result, he lost the race to fame, but he never dared to think out-of-the-box. Tune into Har Aas Askhbaar Hai (Kinare Kinare) and hear how amazingly he experiments with natural sounds — birds chirping and waves lashing — playing in the background.

“Music should blend with lyrics” was Jaidev’s credo. The score of Harivansh Rai Bachchan’s Madhushala stands testimony to this. Fascinated by poetry, he turned Sahir Ludhianavi’s lyrics into musical gems in Mujhe Jeene Do. Jaidev lent Shahriyar and Makhdoom Moiuddin’s creations in Gaman an earthliness. Diction meant a lot to him. Masani recalled: “He told me, ‘You must memorise your words.’ He was a sufi and would sit in his little room on the floor with his harmonium and teach me.”

Jaidev never owned a home nor did he marry. He passed away on January 6, 1987 in Mumbai, with music as his only mate.

Tirtho is listening only to Jaidev songs this week