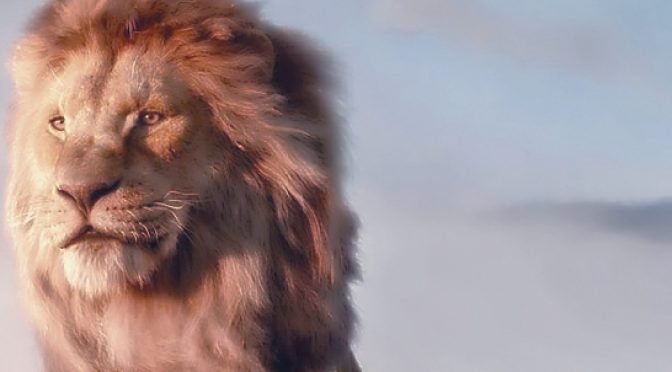 What do you do when something that formed an integral part of your childhood re-emerges 25 years later? Well, you go and watch it, of course.

If it wasn’t already clear, I am talking about Disney’s The Lion King. When I told a few of my friends that I would be going with my family to watch the new version in the cinema over the weekend, the response that I got was decidedly mixed. Some of them scoffed and dismissed the film saying that nothing could beat the original 1994 classic, while others were delighted to see a beloved tale back in the cinema with a fresh new cast. I found myself sympathetic to both sides of the argument, but ultimately, there was absolutely nothing that was going to keep me from watching the movie in the cinema.

The reasons for this were many; like most people my age, I had watched the original movie as a kid and it had captivated me. I knew all of the songs by heart and I could, and still can, quote almost all of the dialogue in the film. I had laughed, I had cried, and I had gasped in awe at what can only be described as pure Disney magic. If I could once again experience even a fraction of that magic, then wouldn’t that be something?

But, there is more, so much more that made this particular Disney movie extra special in my eyes. It was the very first movie that I watched in a cinema, and that is one experience that I will never forget. My father, who had recently started a new job in Sharjah, had been thinking of taking our family to watch a movie for quite a while. He never got a chance to do so in Pakistan, because the experience would have been wasted on both me and my younger brother.

Now, however, he deemed my five-year-old self and my three-year-old brother mature enough to patiently sit through a two-hour movie; so, off we went to the Hyatt Regency Dubai, where the movie was being shown. I remember sitting still as a statue on my dad’s right and watching spellbound as the characters came to life on the screen. I also remember my dad lovingly leaning down to whisper key plot points in my ear so that I would be able to follow the storyline. I also remember the absolutely gut-wrenching feeling during the stampede scene and my mom’s quiet sobs at what followed. Lastly, I remember the absolute elation that came with the happy ending.

Thinking back to all of this now, I asked my dad why he had chosen The Lion King over any of the other movies that were being screened at the time. He explained that it was because he wanted a movie that the whole family could enjoy, and because of the global sensation that the movie had created. Newspapers raved about it, and MTV played nothing but the songs from the movie for several weeks (this, I did remember). Watching Elton John, who was one of my dad’s favourite singers, and the gorgeous animated scenes from the movie in the music videos just sealed the deal, my dad said. He also revealed that The Lion King had the honour of being the first animated movie that he ever saw in the cinema.

Walking out of the movie theatre last weekend, I immediately asked my dad what he thought of the remake. Visually, it looked fantastic, he said, but it just couldn’t hold a candle to the original we saw 25 years ago. I smiled fondly at his blunt statement, and said that I agreed with him wholeheartedly.