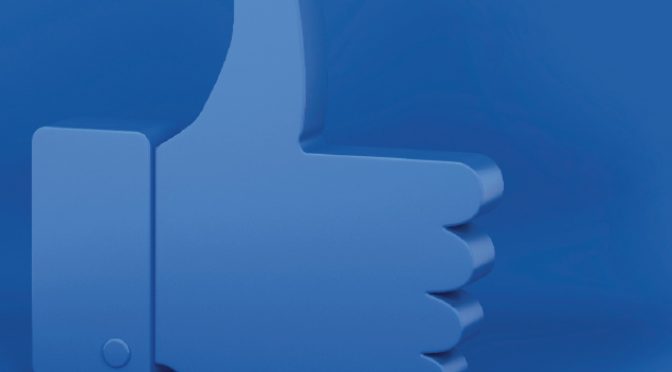 Sending a message across the Internet is one of the privileges we rarely take for granted. Back in ‘my day’ (read: The 1990s) Yahoo’s Messenger was a revelation because my siblings and I were able to speak to our parents who were based in Sharjah — in real-time. They could read our messages as soon as we sent them. There was no need to wait for postcards or worry about what hour of day they would call.

Since then, chatting has evolved. Now we have WhatsApp and Facebook Messenger; even Instagram has its own chat feature. But this is not about the history of chat apps. I want to talk about the unwritten rule book of chatting. I believe that the rules are set by people who use it. Some of us get irked by short responses; some go gaga when their messages aren’t responded to immediately. And then there are people, like me, who absolutely hate the ‘thumb’ response.

I have a love-hate relationship with the thumb symbol. It’s like Facebook’s ‘Like’ button. It’s used in the Messenger app to send an instant reply; pressing it once sends a small thumb reply; holding the same button for a few seconds sends out a larger thumb. Since then, the thumb has also made its way into emojis — making it accessible to every chat app around. But let’s talk about Messenger.

At the outset, the thumb reply is simply a faster and efficient way to say ‘ok’. But in some cases, the thumb can also be used to shut down a conversation and imply that the person you’re conversing with is not worth your time. I’ve seen it in action more than once. I recollect a conversation with a friend  that ended up in a verbal argument. And while I was trying to talk sense into the chap,  he sent me a thumb that was as huge as my phone screen. So, should I have understood it as an ‘ok’ or a hint to shut up?

In another occurrence, I was messaging with a lady, whom I was trying to impress, when she responded with three thumbs. Wonder why? The messages were lengthy though. I believe that when someone makes a conscious effort to compose a message, he/she takes time to write thoughts out. Of course, a reply is expected — especially when you are chatting with someone.

But sending the thumb to someone just shows that you don’t have the time for this person. It’s a subconscious way of saying you don’t want to continue the conservation anymore because you’re making minimum efforts (it only takes one finger to send a thumb). Another dilemma that stems from receiving the thumb is… how do you respond?

I long for the days when the thumb button used to just say ‘Send’. I remember seeing it rather than the big, blue thumb button you see these days. It gave you a clear idea that you can’t send a blank message so you had to type something. It was an unspoken instruction that we all had to construct and type a response to our recipients.

Now, all that seems to have disappeared, just because we have all been given the power to send a big blue thumb.

And some of us have been using it as a weapon.