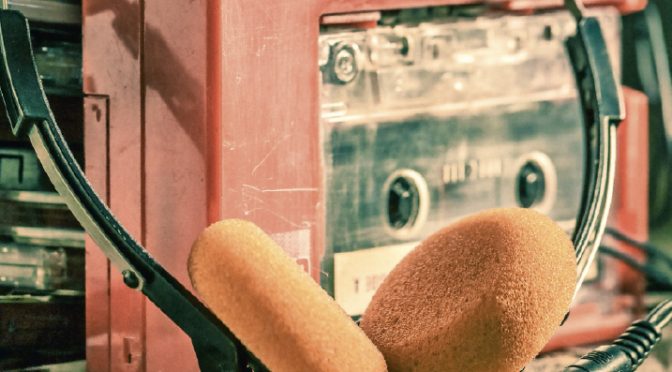 It had me at hello, though I can’t exactly remember when that first ‘hello’ was, because, as soon as I came to my senses as a toddler, the only thing I knew was that I was already hooked on it, taking darn advantage of my innocence. I’m guessing any kid as ignorant would’ve fallen as well; I can picture both of us in my son and his encounter with his very first gaming console — eyes wide open, curious to explore the unchartered at such a tender age.

I’m talking about my ’Man — my Walkman. Made me just realise that my son and I became geeks — for different reasons — early on. The first — and, as far as I can remember, only — era-defining music machine from Sony I had became, in retrospect, a huge influence in my life. Black, blue, silver — all in metallic glory; it makes some of those music players that have taken over its spot look like wimps. Seriously.

An all-afternoon session with you was the norm for both of us back then. I couldn’t wait for the weekend and most especially the summer break so I could rock to my tunes the whole time. Lying in bed, I’d sing along, doing some actions relative to the lyrics in my imaginary concert. And little did I know it’d hone me enough; I’ve never claimed to be a really good singer, but I did, eventually, end up in our church choir. Now that’s influence.

I really didn’t even care that the volume was too loud for my own ears, risking damage to my eardrums who were probably screaming PIPE IT DOWN!, or for anyone near me possibly getting annoyed by whatever sound was escaping from my headset.

Nor could I care less when my mum would remind me that it was time for bed and I’m still isolated in my music bubble. It was, matter of factly, my digital vice, way before I had my first video game console. A ‘rebel’ at such a young age. I also found myself scampering to the nearest music shop to get the latest cassette tapes of artists I admire and love. But that part was easy enough; literally begging money from mum and dad for those were the trickiest?

And about those AA batteries; oh that feeling when its sound starts to sloooowww down because your sole power source is starting conk, making me — ironically — electrified, because of the adrenaline rush to find replacements. It didn’t help that convenience stores were few and far in between during those days. And despite all the beatings I gave it — slamming on the controls to rewind, fast-forward, pause or play — it was tough as nails. Try doing that to those wimpy music players nowadays.

I meant to list down some historical facts of the Walkman here, but I guess it’ll do just fine without it: The Walkman itself is history with the very mention of it. I’m lucky enough to be one of those — middle-to-advanced-age right now — to be a part of, again, history. There’s just no other word for it; ‘legend’ comes a close second.

It’s time immemorial when I last held it. I don’t even know where it is right now. I can’t even find a picture of us together. I feel even more stupid that I made this tribute after it celebrated its 40th birthday weeks ago on July 1.

Sorry, modern music players; if it wasn’t for the Walkman none of you could be in — there’s that word again — history. And while it was good just for a miniscule number of tracks, it did walk the music talk.

The real man in Alvin’s life is his dad; just like the Walkman, while also gone, was a real influence too