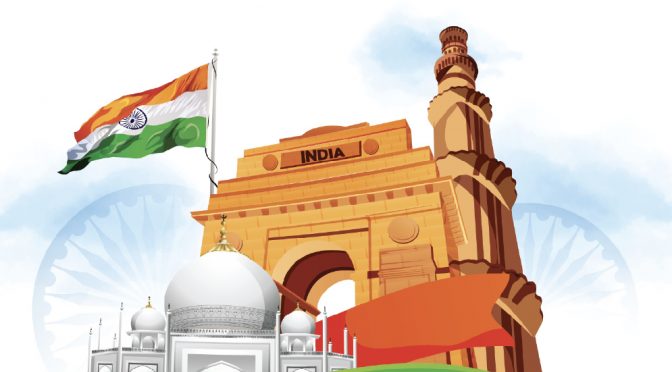 It’s difficult to associate a single emotion with Indian Independence Day. Unlike birthdays or religious festivals that bring about joy and excitement year after year, for me Independence Day has been a mixed bag of emotions.

The flag-hoisting, plays on the freedom struggle and dance performances on patriotic songs and other activities made August 15 fun during our school days. And the best part? No classes!

In college, things were slightly different. Independence Day would be a holiday. But my grandmother, with whom I lived, didn’t know that. So, my friends and I would leave the house on time for college and return home on time too, except we wouldn’t go to college.

When I started working, fun transformed into something else — covering Independence Day or Republic Day would be a nightmare. The fact that my office was situated right next to Connaught Place (I don’t know where Rajiv Chowk was) didn’t help either.

The place had more policemen than civilians during the morning hours. Half the entry and exit points would be shut, and the other half used to be patrolled by policemen who would flag your car down and look inside the vehicle before letting you off.

It was worse if you used the public transport to reach the office. I have been subject to several patdown checks.

In Dubai, Independence Day is very different. It is something I look forward to. No doubt the UAE is the perfect home away from home for the millions of expats from nearly 200 countries who live here. Yet the very sight of the tricolour flag here tugs at the heartstrings. I have seen it umpteen times whenever I’m home in India, fluttering on top of government buildings, the India Gate, the Rashtrapati Bhavan, planted on taxis and buses, and more recently, even at airports. Yet seeing the flag unfurl in a foreign land, flapping in the wind, invokes an emotion one can’t put in words.

I have seen paper flags pinned to shirts during ceremonies, and then discarded, only to be cleaned up by utility workers the next morning. Back then, I didn’t think much of it. Today, however, I won’t hesitate to pick up each and every flag I see lying around on the ground.

To me, the flag doesn’t just represent my country — it also stands for the freedom that so many of us have taken for granted. Millennials, like myself, have not experienced what it was like living before 1947. But we have all heard stories from that era from our grandparents. I can imagine how tough life would have been then.

However, hearing tales from a bygone era is not the same as experiencing that period. We are fortunate to be born at a time when we don’t have to struggle for our basic rights.

While citizens of other countries make perilous journeys across seas in rickety boats in search of freedom and a better future, we simply hop on a plane, fully assured that we’ll be landing home safe and sound.

A former neighbour, who held the passport of another country, had once told me: “At least you have a country to go back to if things don’t work out for you here. I don’t enjoy that kind of freedom.”