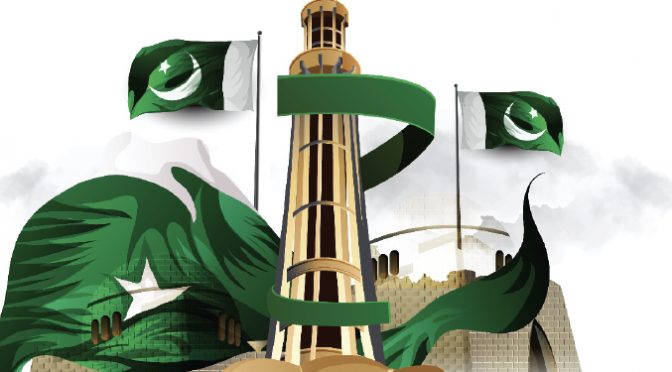 Driving down the peaceful roads in Islamabad is an experience unlike any other, especially if you are in no hurry to get to where you need to be.

The neat roads are blanketed on either side with lush green trees and you can always see the mountains in the distance, with their peaks hidden under a heavy layer of clouds. Time seems to slow down as soon as you enter Islamabad, almost as if the serene surroundings automatically revert everyone to a default ‘calm’ setting. Last summer saw me enjoying this very same calm setting, as I made my way back home after spending a few days with my aunt.

It was fairly early in the morning when I said goodbye to my aunt and cousin and hopped into a Careem ride. A small tip for anyone wanting to get around and see all the sights in Islamabad: the service is your best travel buddy. I had booked my ride the night before I hit the bed, and it had arrived right on time. It would take a little over 30 minutes for me to reach my uncle’s home in Rawalpindi from the capital, and I was looking forward to the quiet drive. The ride’s captain, as they’re called, seemed to pick up on my sluggish state, and there was little conversation beyond the “hello, how are you today?” greetings. I was content to simply gaze upon the ancient green trees, and watch as the sleepy stillness of the morning was slowly broken by peddlers setting up their carts on the side of the roads. It was as we were waiting at a turn signal to move onto one of the main highways out of the city that something caught my attention.

When you are a kid in Pakistan, August is one of the most anticipated months on the calendar because it means that you are soon going to go all out for Independence Day, which fell on August 14. Even as an adult, you can’t help but feel that same sense of excitement, especially when you see vendors across the city begin to stock up and display various Independence Day merchandise. You see everything from wigs, hats and shirts to pins, sashes and balloons being sold in the days leading up to the holiday. My favourite though, are the stalls that sell nothing but flags in all sizes. Watching this scene out of the car window, I immediately reached for my phone and started taking a few shots of the smiling vendors surrounded by excited children. The captain must have noticed what I was doing because he slowed down considerably to allow me to get the shots I wanted. After a while, he shyly offered to stop the car next to one of the stands so that I could take more pictures.

“Actually, I have a better idea” I told him. “If you could drive slowly, I will make a small video of all the stalls and flags.”

As I hit the record button on my phone, I glanced up and saw the biggest smile on his face. “Nothing like the feeling of celebrating freedom early in the morning, huh?” he asked.

“No,” I shot back. “It is a very special feeling indeed.”

Rohma feels like she would make a good tour guide, if an opportunity ever arose for it