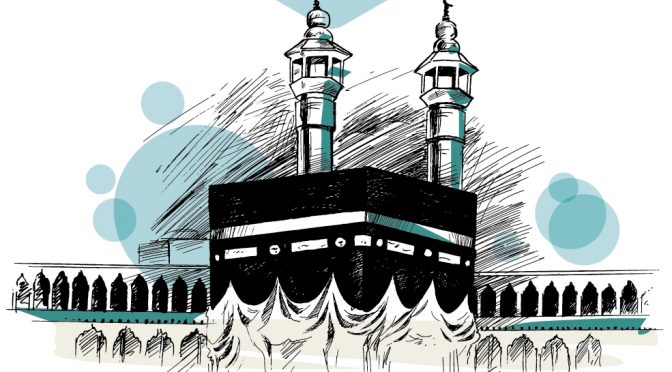 Aerial photographs of Islam’s holiest site, the Masjid Al Haram in Saudi Arabia, during the Haj season make for a stunning view. You can almost hear the buzz of millions of people as they are captured at their highest spiritual state. This year, somewhere in that sea of humanity, was me.

I was among the over 2.5 million souls who realised their lifelong aspiration of making the holy journey. Sitting in the comfort of my office, I can mentally zoom into one of those aerial shots — swooping down from the imposing Royal Clock Tower to the streets that lead to the mosque complex and to the very marble floor that houses the Holy Kaabah. It’s an entirely different story down there. Collectively, 2.5 million is a statistic, but every single one of that number is a human being with all his or her complications. They speak a thousand languages and dialects; have their own set of problems and triumphs; are influenced by their circumstances and prejudices; and have varying physical and mental levels.

And to manage and guide that crowd is no mean feat.

When you look at it from above, the crowd is a calm blur of faces. Down below are thousands of cops, soldiers and guards maintaining the order. So how exactly do these men and women — most of whom speak just Arabic  — communicate with the crowd that speaks in often unheard-of tongues? Well, surprising as it may be, by using just three Arabic words. What is more fascinating is that the crowd adopted these very three words to communicate with each other, too.

The three magic words are Ya Haji, which means ‘dear pilgrim’; and Thareek, which means ‘way’. Speak to any Haji and they would know exactly what I am talking about.

> Ya Haaj (Haji without the ‘i’ and an extra ‘a’) is a plea, either from shopkeepers who want you to buy their wares or from a fellow Haji who may need help

> Thareek ya Haji means ‘get out of my way’

> Ya Hajji (with an extra j) uttered in an elevated tone means someone is angry with you. Chances are you cut him/her off

> Ya Haaj said in a disappointed tone means you have done something you weren’t supposed to; and when said in a pleased tone, someone is thanking you.

These are the basics. The rest of the communication is done in sign language. For instance, once you go into a shop after the merchant’s Ya Haaj welcome, you point to an item you like to know its price. The shopkeeper will then show the price on his fingers. You can bargain by making him fold a couple of his fingers. If he is okay with that price, he will say Yallah, Ya Haaj; if not, he will shake his head and shoo you away.

I don’t say any of this in jest. Crowd control of that magnitude is serious business. And hats off to the Saudi authorities, who manage it so efficiently.