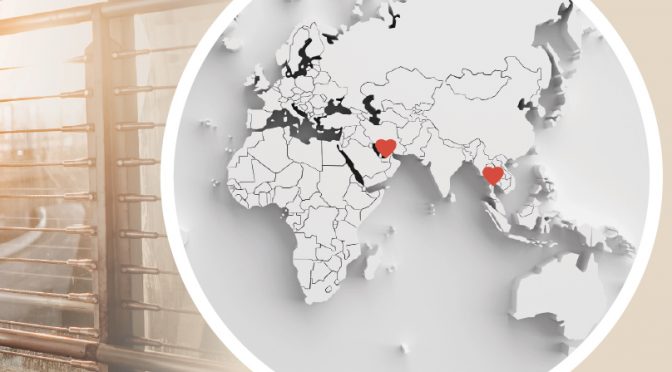 Take the plunge. That was the phrase that went through my head as I decided whether or not I would go after her. We had met one video chat ago — I was in Dubai and she was in Thailand. But for practical reasons, we just tell everyone we met in Thailand.

Right off the gate, I knew what I was getting into. The Journal of Applied Communication Research defines a long-distance relationship (LDR) as a bond between partners who are geographically separated from one another. Apart from that, the big whammy is that they lack face-to-face contact. Me and Kim were going to be one of those — a demographic of partners who had to have oceans and airplanes between us.

Let’s take a look at the realities. She is currently based back home and I’m writing this here. Between Manila and Dubai is a four-hour gap wherein the former is ahead. She works morning shifts and I do night shifts. By the time I wake up, her shift is almost done and mine is about to begin. I chose to face the realities — there was something about this woman that I realised when I flew back home to meet her last August.

She was there when I arrived in Manila, amongst the hundreds of families and friends waiting for their loved ones to arrive. Kim only needed to raise her hand for me to recognise her. I pushed my trolley — topped with five items of luggage towards her direction. A few paces later and there she was. I’ll have to admit there is something inherently refreshing about seeing someone face to face after months of having only seen them on a smartphone screen. There are a lot of nuances that a video call cannot deliver — her cheeks lit up against a Manila monsoon afternoon, her eyes cut through mine — she was looking through me. The icing on the cake was the smile that was painted across our faces as this months-long meeting apart finally happened.

In the nine days that we were together, I slowly realised that I took the right call when I went after her in Thailand. It was an exercise in sleuthing — finding her on Facebook, ensuring it was the right profile and eventually sending a message and hoping to the stars that she responds. But snap to now. In those nine days, I felt at home — both in the country and in this woman. There was nary a time when I questioned her faith or her patience. In those nine days, I chose the realities and the risks attached to a long-distance relationship.

See, those relationships are not impossible. Thread upon thread on Reddit has emphasised that the success of an LDR comes from two things: (1) having an end goal in mind and (2) effective communication.

The last time I saw her was at the airport — just before the border control. Kim had found a way to get inside into the visitor’s area on the second floor. She showed up inside the terminal. As I queued up to check in my bags, she watched from the distance. After the tedious check-in, we spent every minute in the terminal before I eventually had to go and pass through border control which was downstairs — an escalator took me there. As I looked at her from below. Seeing her eyes, and her smile, her hands waving goodbye. I knew that I was a different man flying back to Dubai. I took the plunge.