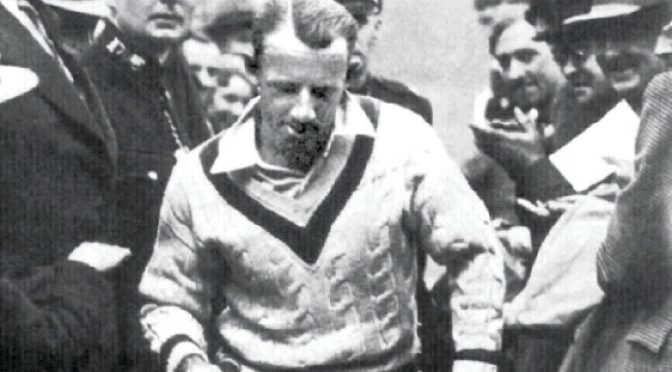 Every now and then, a Dream Team breathes in the heart of every cricketing romantic. For, a fan can be a slave to his love of the game. And he could even bring down the man-made barriers to evoke the spirit of Imagine. After all, fans are the sort of people who could even stir John Lennon’s soul.

They could nonchalantly build an India-Pakistan XI as no minefield awaits them to play a cruel trick on their dream voyage. Imagine, Sunil Gavaskar, the epitome of technical perfection, walking out to open with a murderous shot-maker like Matthew Hayden, the Aussie giant who intimidated bowlers with his ferocious shots.

Virender Sehwag, on the other hand, was a tad taller than his idol Sachin Tendulkar. But that didn’t stop him from decimating bowlers with an unorthodox technique and an uncluttered mind.

But no, Sunny’s opening partner in my Dream Team will be West Indian Gordon Greenidge whose excellent technique married his attacking instinct. Also, Greenidge faced better bowlers on tougher wickets.

Now, I have seen a lot of Dream XIs named by modern greats. Remarkably, all of them ignore a certain Donald George Bradman because they prefer to pick players they have seen. But I can’t imagine anyone other than Bradman occupying the number three slot in my team – even though I was born 30 years after the iconic Australian’s  swansong.

Bradman, as Tendulkar once said, was an ‘abnormal genius’. The Australian was so good that even the scandalous English ‘Bodyline’ tactics failed to tame him. And eventually, it was the World War II that stopped Bradman’s mission of demoralising the best bowlers of his time. Imagine if Bradman wasn’t robbed of his best years by the war! After he retired with a second-ball duck in his final innings that brought his career average down to 99.94, RC Robertson-Glasgow, the legendary cricket writer, wrote: ‘A miracle has been removed from among us. So must ancient Italy have felt when she heard of the death of Hannibal.’

Several decades later, Bradman admitted Tendulkar’s batting reminded him of his own game. That was perhaps the greatest accolade the Indian maestro ever received. So, Tendulkar bats at number four in my team. At five, I have Viv Richards, the man who hooked fast bowlers into the stands without ever feeling the need to wear a helmet. Then another West Indian, Gary Sobers, comes in at six. Sobers was a left-handed batting wizard who left the pundits bewildered with his ability to bowl both fast and orthodox left-arm spin.

At number seven, it’s difficult to look beyond Adam Gilchirst, the man who revolutionised the wicketkeeper-batsman’s role.

Now it’s very important to find the right balance. In Sobers, I already have the greatest all-rounder in history. But I give in to my temptation of adding another all-rounder. And I can’t imagine anyone other than Richard Hadlee at number eight. The New Zealander had good skills with the bat, but it was with the ball that he shaped his rugby-obsessed country’s cricket fortunes.

Wasim Akram, the versatile left-arm fast bowler, would come in at number nine. Then at number 10, I have the inimitable Shane Warne, the only spinner in my team. And Malcolm Marshall, the greatest of all West Indian fast bowlers, completes my Dream XI.

So, who captains my Dream Team? It has to be Warne because he was arguably the greatest captain Australia never had. Known for his tactical acumen, Warne was never considered for captaincy because of his reckless off-field behaviour. But a moral compass wasn’t among the tools with which I built this team.

So, the man who famously hit Mike Gatting’s off stump with a ball that pitched outside leg will be entrusted with the responsibility of turning the fortunes of my Dream Team.