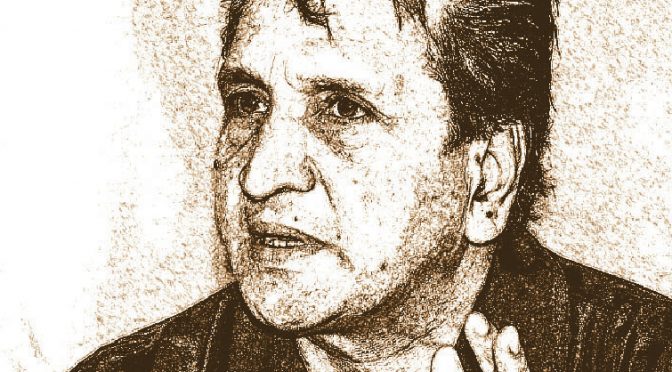 Back in the early-80s, in Varanasi to be precise, cricket ran in my veins. I lived the passion every single moment.  After returning from school, I used to eagerly wait for the clock to strike 4pm, and with spring in my steps, I would stride towards the Sigra Stadium to indulge in the sport. It was during one of those practice sessions that a local hard-hitter, who would swat every ball he touched for a towering six, asked me: “Chotu (kid), have you seen Abdul Qadir bowl?” I hesitatingly nodded a shaky ‘No’. “Go, watch him,” was his terse advice.

For a 12-year-old boy who enjoyed delivering leg breaks at the nets, those words, coming from a senior player, sounded like a sermon.

I had heard of Qadir, but never got an opportunity to watch the Pakistani spin sensation in a game as access to TV was a far cry in Varanasi in those days. Such luxuries could be afforded only by the creamy layer. Our landlord, a seemingly affluent man who was a die-hard Sunil Gavaskar fan, had fixed an TV antenna on his roof. One day, while an India-Pakistan cricket match was underway, I sneaked into his room and managed to watch Qadir for the first time. It was another matter that the hazy pictures on the TV screen forced me to scrunch my eyes so I could capture his expressions, but that didn’t help.

However, despite the blurry images, I could distinctly see Qadir’s animated bowling action, unique run-up and genuine wrist spin, coupled with his precise line and length, occasional flippers, and the wrong one that held me in complete thrall of his lively craft – I continue to be in that spell even after three decades.

After my first ‘screen encounter’ with Qadir, the legend’s bowling action gradually turned into an obsession for me. With all my boyish might, I would try to replicate not just his action full of verve, but the way he used to turn the bowl from one hand to the other, rub it on his trousers and shine the leather in his characteristic style.

Imitating my ‘idol’ gave me a lot of confidence and made me feel out of the ordinary. Though I fell short of imitating his French beard, which he had started sporting at the insistence of his captain and friend Imran Khan. The reason behind my inability to do so was pretty obvious.

Even as I write these lines, after the King of Leg Spin suddenly bade us adieu on September 6, in Lahore, Pakistan, just 10 days before he could turn 64, the hero worship and adoration for Qadir remains untouched and unflinching in the deepest depths of my heart. And it lives on not just from the fact that he is the greatest ‘leggie’ the game has ever seen, but also because his sportsmanship was unparalleled and forthcoming.

I recall the moment, sometime in the late ’80s, when a young Sachin Tendulkar took him on and hit him for 3-4 sixes in a row during an exhibition match, a modest Qadir lauded the boy’s strokeplay. Modern cricket has lost gentlemen.

Statistics don’t tell the whole story, but they can’t be ignored. Qadir took 236 wickets in 67 Tests. His best bowling figures were 9-65 against England in 1987 — the best by a Pakistani in a Test innings until now. He took 132 wickets playing in 104 ODIs. He came in handy with the bat in a number of crucial matches. Qadir also ran a cricket academy and must have surely inspired many youngsters to take up leg spin with discipline. And it is this inspiration that will never die and remain as his greatest, enduring legacy.