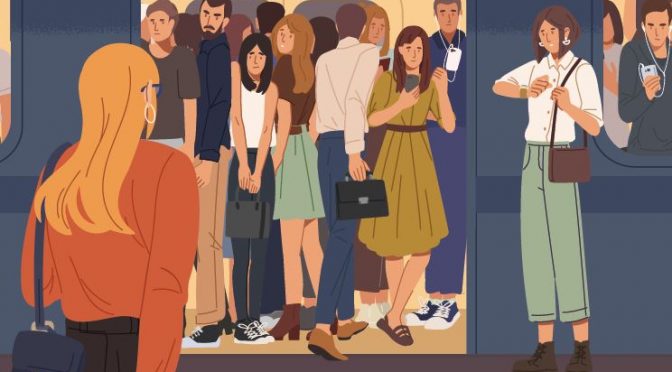 Recently, the Dubai Metro celebrated its 10th anniversary and many of my colleagues shared fond memories of their first ride on the driverless rail.

The topic dominated many discussions over lunch, especially in the days leading up to the anniversary. I got a chance to take my  first ride on the metro when I was in the second year of university. It was a few weeks after the metro was inaugurated. Me and a couple of friends went on a joy ride to experience this ‘new wonder’.

Since then, I have taken countless rides on the metro and the RTA feeder buses. These still remain my main mode of transportation whenever I’m on reporting assignments.

Looking back, I’ve had lots of fun during my journeys. I’ve engaged in several interesting conversations with people from all walks of life on a number of different topics during my travels. I recollect once an elderly gentleman narrated his adventures about sailing and diving with sea turtles; while another Indian lady shared her story on planting Tulsi saplings (sweet Basil) in a large container on her windowsill in the kitchen. Then there was this young art student who was carrying a large, colourful oil painting. I had an interesting chat with her about the best places where one could procure oil and water colours at reasonable prices. Another sweet-natured Chinese lady showed me pictures of her mother and said how much she missed her, amongst the excitement of starting her first job in the UAE.

However, among all my trips on the metro, one incident always pops into my mind. It was the time I ran into what I have affectionately dubbed as the ‘four Russian babushkas’. One afternoon, after completing an assignment, I was waiting for a metro at the Union Metro Station. Now, anyone who has taken the Red Line towards UAE Exchange from the station knows the scene that plays out during rush hour. Looking at the crowd ahead waiting to board the women’s cabin, I mentally calculated how many trains would pass before I could get a chance to board one. When the next train arrived, I felt a surge of hope, only for it to be dashed when the cabin rapidly filled up. When a woman in front of me squeezed into the cabin, I briefly entertained the thought of following her before deciding against it, after all the next train was just five minutes away.

Then something miraculous happened.  Out of nowhere, I felt two pairs of hands grabbing me and pulling me into the cabin, seconds before the doors could close. Dazed and shocked, I could see four babushkas (grandmother in Russian) in front of me, smiling sweetly. One of them had seized me by my right arm, while the another clutched the lapel of my coat. “No, you come,” the one holding my arm said; “no be late for office,” another nodded, while trying to take my laptop bag from my shoulder.

To this date, I am yet to figure out what exactly it was that gave them the impression of me being a harried office worker, but watching them fret over me in their colourful dresses and wide summer hats was extremely endearing. By the time they got off at The Dubai Mall station, I had gathered that they were friends on vacation, and that one of them had a son who was working in Dubai. As they waved goodbye, I felt my heart overflow with a feeling that you can only experience when a grandma coos and dotes over you.

If you see Rohma without her headphones on the metro, then that is a clear indication that she is open for a chat