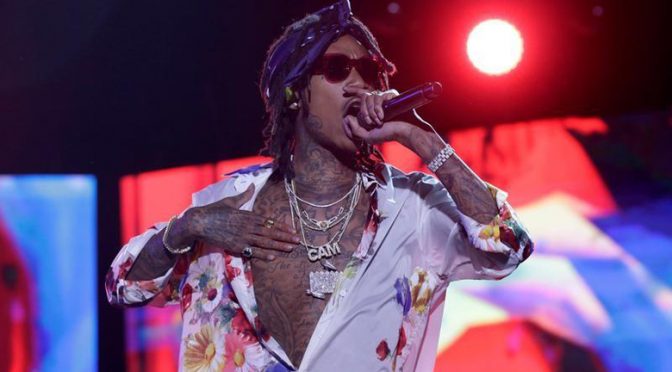 Wiz Khalifa! Who is he?,” was my honest response.

“Baba… he is a great rapper and has a massive following,” my 22-year-old son quipped, as he told me about the advance ticket he had bought for the ‘popular’ singer’s concert in Delhi.

So, the ticket was already done. It was not a nod he was seeking, I realised. He was just airing his keeness about his plan, that he thought he should share with me.

“But isn’t it a Saturday? What about your classes?” I enquired with forced sternness, even though I knew he could easily sense my feigned effort to sound tough.

“Come on… it’s just one day,” he replied with an air of casualness, which I envied.

The conversation ended there, as his phone rang and he expressed a spontaneous urgency to take it. After this, I came back to Dubai while he went back to Delhi from Lucknow, where he had come to meet me during my sojourn.

September 14 was the day the gig was scheduled. All the time, I kept imagining how the boy would have reached the venue, ahead of time and enjoyed the gig to the hilt: The chorus of crooning, clapping and hooting with other frenzied aficionados. I had seen the thrill in his eyes and felt the passion in his voice. I waited for him to text me about the fun he had at the show. But my wait seemed to stretch on… endlessly. I didn’t call him, thinking I might disturb him during the live performance.

Before retiring to bed, I WhatsApped him: “How was the concert?” expecting a reply. It, however, didn’t come. I don’t know when I dozed off despite trying hard to elude sleep.

It was about 6am when my bleary eyes opened. My hands fumbled for my mobile phone. And there it was… his terse message: “Concert was good, but lost my wallet.”

The words hit me like a thunderbolt. I called him immediately. “What all did you have in the wallet?” I shot at him.

“Did you call the bank to block the card?”

“Ya, I’ll apply for replacement online,” he responded, sounding a tad nonchalant. And then I coaxed him to narrate the entire chain of events. As we say, in journalistic parlance: How the drama played out… in three acts:

There was a maddening rush and one had to jostle through the crowd to squeeze in and get through the gates. My son had no inkling of when his wallet left his pocket — it could have been the handiwork of a pickpocket or perhaps it slipped out of his pocket during the melee. He realised about the ‘disappearing act’ only 15 minutes or so before the fever subsided in the arena.

My son started frantically looking for his wallet, but there was no way to find it amidst all the activity around. Penniless and with no other option, he had to take the long trek home, which he did. He plugged his earphones, put on some music, and started his journey to Ashok Nagar, where he lived, on foot. He kept on walking, oblivious to a stretch which was weirdly dark. It had no streetlights whatsoever, the only things he could spot were the seedy roadside dhabas and trucks whizzing past him. All this made him a  little wary, especially when he noticed an auto rickshaw stalking him for while. Slightly alarmed, he stepped up his strides. The auto too accelerated and came close to brushing him. “Why are you walking here in the middle of the night?” the driver asked. “Because I came to watch a concert, lost my wallet and I have no choice, but to walk home,” my son curtly answered.

“It seems you are not aware that this is a crime-prone zone… anything can happen here. It’s risky,” the driver, in his late-20s, cautioned. “Well, then what do I do… this is the only way I can reach my place,” my son said, matter-of-factly.

“Come, sit in my auto… I will help you through this stretch,” the auto driver insisted. “No, I will manage… See, I don’t have money for the fare,” my son retorted.

“You don’t have to [pay me], bhai… just get in,” he implored. With some uneasiness, but thinking about the apparently genuine concern shown by the stranger, my son hopped into his auto. His mind was a tangled mess of thoughts — with some apprehensions nudging him and doubts propping up.

Suddenly, the auto rickshaw came to a halt at a crossroad. My son could now see scores of shops still buzzing and people gorging on their meals in restaurants, despite the late hour. The place exuded a sense of safety. “You can take a right turn from here and reach your destination safely by taking a bus from the nearby stop,” suggested the driver.

My son got down from the auto, wondering how he would board the bus without a penny in his pocket. “Keep this,” said the driver, as he handed him some money. It was a ₹50 note, enough to cover the rest of his commute — and far too much to sustain hope.